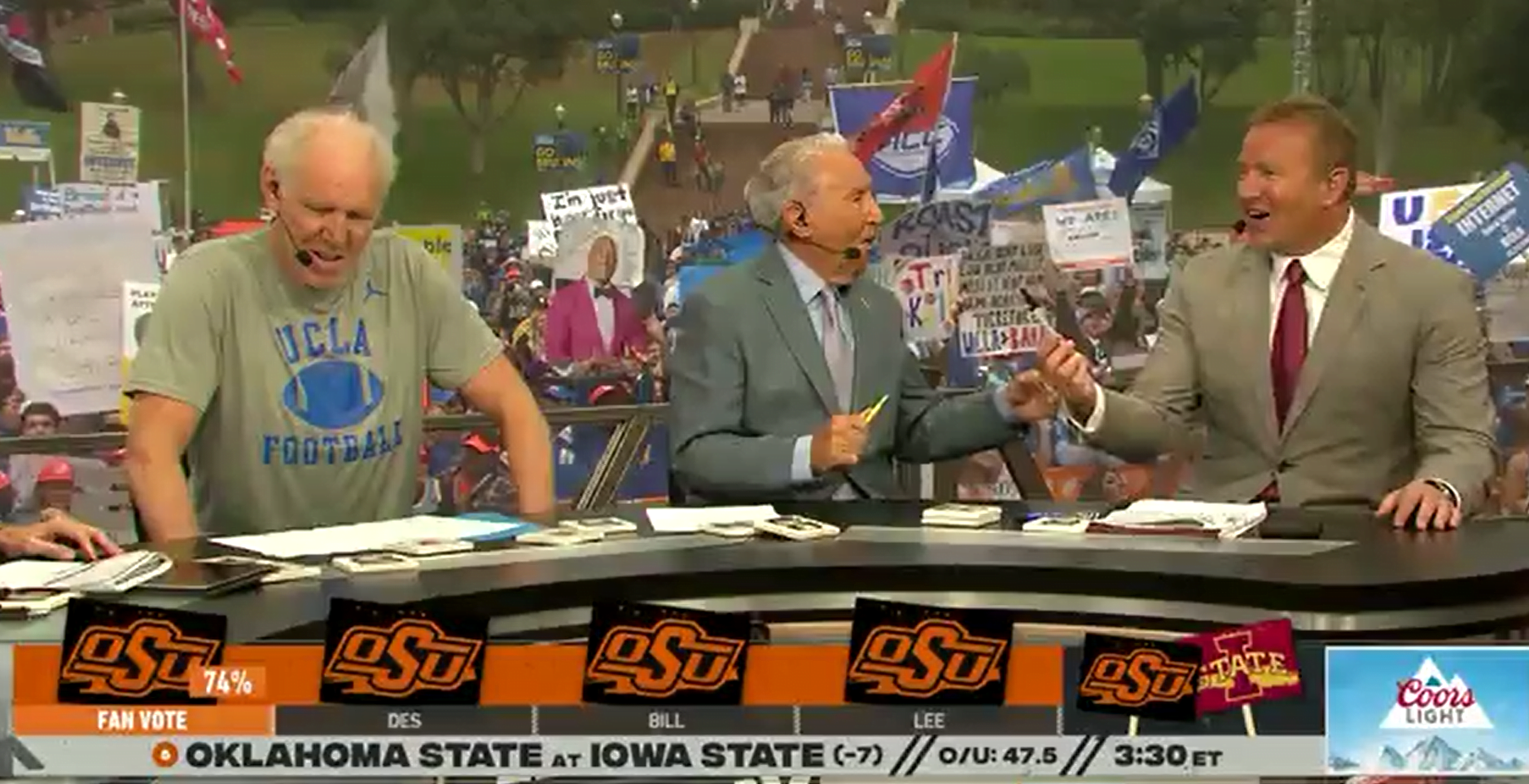 ESPN’s GameDay crew was on the West Coast in Pasadena, Calif. for the No. 10 Oregon’s bout with UCLA, which opened the door for celebrity guest picker, and Bruin alum, Bill Walton to join in on the fun.

With Walton at center stage, it was hard for anyone else on the panel to get a word in edgewise and, as you might imagine, things got weird.

Once the crew got to this afternoon’s matchup between Oklahoma State and Iowa State, Desmond Howard started with his pick of OSU.

“I think that the Pokes are going to win it. They’re going to pull off the big, huge upset.”

Walton interjected, “What’s a Poke? A Cowboy? I’m a space cowboy here.” And then he fell into his natural state, quoting Grateful Dead lyrics. “Cowboy Neal at the wheel on a bus to never ever land. I’m going with Oklahoma State here.”

Back on Earth, both Lee Corso and Kirk Herbstreit, who also had OSU to win as his Super Dog pick earlier in the segment, went with the Cowboys.

The fan vote fell Oklahoma State’s way as well, with 74 percent picking a Pokes upset on the road.