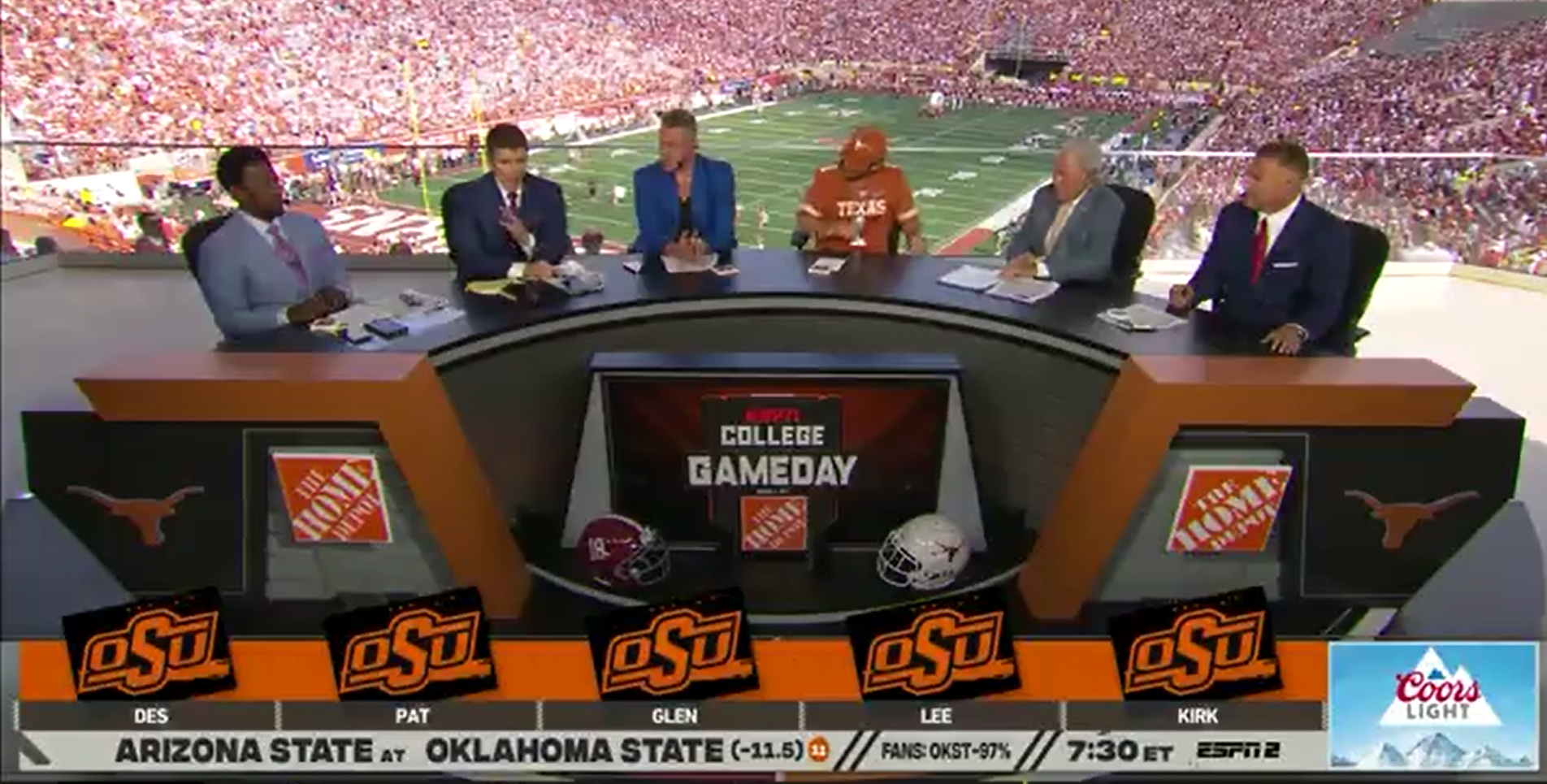 It’s the first Saturday of Oklahoma State football for 2022 which means ESPN’s GameDay crew got a chance to pick the game.

The No. 11 Cowboys are big home favorites over Arizona State, so it should be no surprise that the entire panel picked the Pokes to win. The show was live from Austin ahead of Texas’ SEC appetizer against Alabama. Here’s what they had to say.

“Emory Jones is Arizona State’s quarterback. He loves to run. I think that the Cowboys are going to make him pass. I like Spencer Sanders and the Pokes.”

Pat McAfee was in emphatic agreement. “I’m with Dez. Give me the Oklahoma State team, till death today!”

Celebrity guest picker actor Glen Powell, a UT alum, apparently took umbrage with the Cowboys being left just outside of the AP’s Top 10 this week.

Lee Corso was picking with his heart and his stomach. “Oklahoma State. Too much Eskimo Joe’s.”

Kirk Herbstreit took a more analytical approach to the matchup, prodding the Cowboys’ defense to see if it can take a step forward after giving up 44 points to Central Michigan in Week 1.

“I think for Derek Mason, the new defensive coordinator who replaced Jim Knowles, they’ve got to play better. Like you said, Glen. This is a team that can be a threat in the Big 12, they’ve got to get things going. They win, but let’s see if the defense can play better this week.”

We’ll see how OSU’s defense answers tonight. The Cowboys and Sun Devils kick off at 6:30 p.m. inside Boone Pickens Stadium.