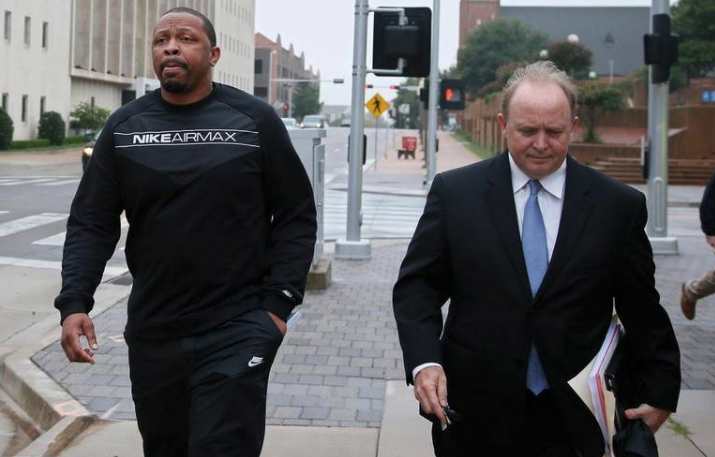 Former Oklahoma State coach Lamont Evans was sentenced to three months prison time on Friday for his role in the college basketball scandal.

Evans, who was at South Carolina and coached under Frank Martin before joining Brad Underwood’s staff and later Mike Boynton’s staff, pled guilty to conspiracy to commit bribery after accepting $22,000 in bribes in exchange for steering players to financial advisers.

While the short sentence is far less harsh than the two-year sentence prosecutors were seeking, it’s nonetheless a hefty penalty to be paid for doing something that, as Evans’ lawyers argued, was an NCAA violation but not a federal crime. Perhaps a harsher penalty looming stems from Evans’ past; because he is not originally from the states, it’s possible he could be deported upon his release in three months.

Evans’ sentencing is slightly more harsh than that of former USC coach Tony Bland, who also entered a guilty plea on bribery after accepting $4,100 for steering players to financial advisers. Bland received two years probation, 100 hours of community service but no jail time.

Evans was fired from OSU shortly after the scandal broke in 2017 and shortly after being named Boynton’s top assistant, an honor that carried the title of Associate Head Coach.