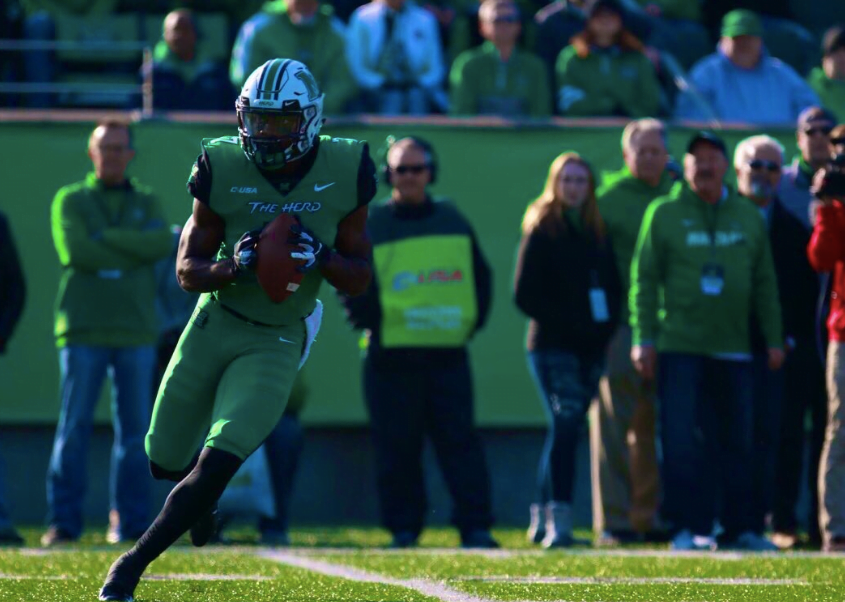 If there’s ever been a student-athlete play and record stats at Oklahoma State and Oklahoma, I don’t know of one. But that’s likely to change in 2020 with wide receiver Obi Obialo, who on Monday committed to Oklahoma.

Obialo began his career at Oklahoma State as a preferred walk-on before leaving the school, but not before he made an impact as a freshman, catching two passes for 11 total yards.

Obialo’s transfer away from Oklahoma State did sting a bit: he drew rave reviews in fall camp the fall of 2016, and insiders loved his upside. Ultimately, though, there were too many cooks in the kitchen — that OSU team had James Washington, Chris Lacy, Jhajuan Seales and Jalen McCleskey. Obialo just couldn’t quite get up the depth chart enough.

It’s hard to blame him for leaving given the situation at receiver for OSU, and he did well for himself. Now his college career comes full circle as he heads back to the Big 12 to finish off his career as the rival of the place he started college.