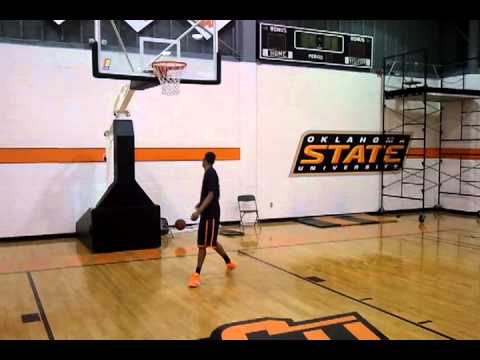 At some point this season Markel Brown, Michael Cobbins, and Brian Williams started referring to themselves as the “Fab 3.” As far as I can tell this is their first short film (of hopefully many).

And, really, who wouldn’t go Fab 5-lite with the documentary fresh on everyone’s minds? Maybe when Nash and Guerrero get here they can be the “Fab 3 + 2″…although that doesn’t exactly roll off the tongue like you want it to…

In all seriousness though, it’s cool that these guys seem to be into OSU and, more importantly, really into hoops. I’m not sure we could always say that about past OSU players. It’s something that sets apart the great ones. I’m not saying any of these guys will ever be great at basketball but at least it seems like they want to be.

In the video, Markel does the Iguodala dunk at the 1:40 mark and then the Jason Richardson dunk at 2:08. Both are nasty, he doesn’t get enough credit for his hops. If he can add a 15-foot J to his around-the-rim game he’s going to be ridiculously tough to guard for the next three years.

The most impressive part this video is that we’ve all seen a lot of these dunks in contests and on national TV and these guys are just messing around in the girls practice gym on some random night in March. I’d rather them be messing around in Newark, San Antonio, Anaheim, or New Orleans…but still, impressive.