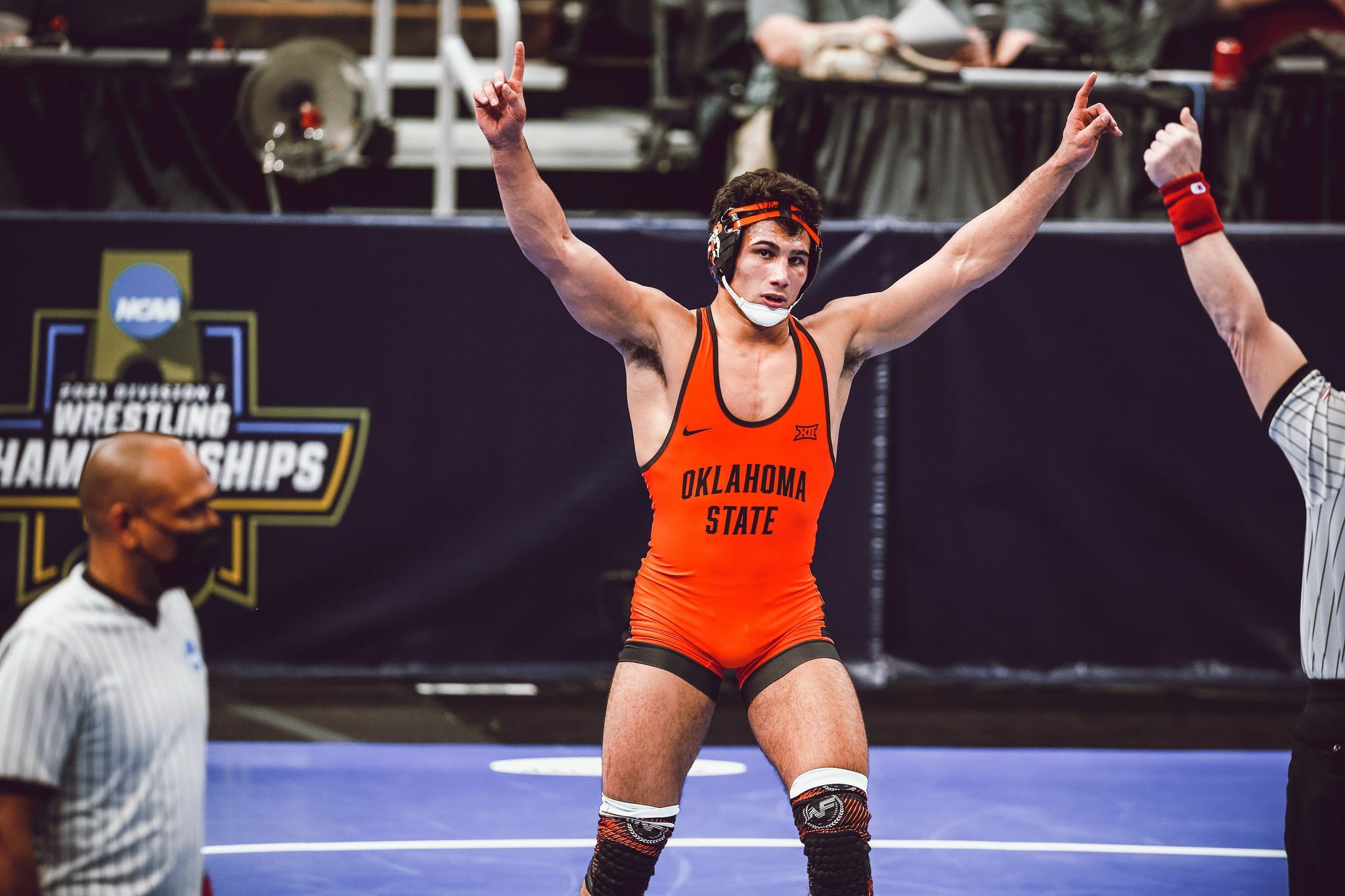 Oklahoma State came into Saturday of the NCAA tournament in third, with a shot at finishing in second. By the time the Saturday night finals came, OSU was still in it for a shot at second, but it was largely hedged on the Daton Fix match with Roman Bravo-Young of Penn State.

It was even on their feet after the first period when Fix took bottom to start the second. RBY put together a tough ride, and Fix was unable to get away. With two minutes of riding time against him, Fix started the third on top. He cut Bravo-Young and was down 1-0 early in the third period. After pushing on his feet for a bit, Fix was somewhat surprisingly able to get two stalling calls late to put him up 2-1. The riding time for RBY tied it at the end of regulation, and it went to overtime. In sudden victory, Bravo-Young took Fix down and won the bout. It’s the second time in two tries that Fix has lost an NCAA final in overtime.

Then came the talk of the tournament in true freshman AJ Ferrari. His flexes, his celebrations and his interviews have all caught the attention of the entire wrestling world this weekend in St. Louis.

Ferrari had already beaten the third and fourth place finishers, and all he needed to do was win in the finals to become the third true freshman at Oklahoma State to win an NCAA title.

Ferrari stared out with a takedown in the first then racked up a lot of riding time. In the second he started off on top and did more of the same. The riding time point was nearly locked down before the third period, where he got an escape and worked some defense to cruise fairly comfortably to an NCAA title as a TRUE FRESHMAN.

His post match interviews are the talk of the wrestling world and have him trending all over social media.

The supporting cast behind Ferrari and Fix performed fairly well also. Boo Lewallen and Travis Wittlake both finished fourth at 149 and 165, respectively, while Dakota Geer finished fifth at 184 and Wyatt Sheets finished eighth at 157.

You can check out recaps from day one and day two here.

Here is the post-final interview with AJ Ferrari.