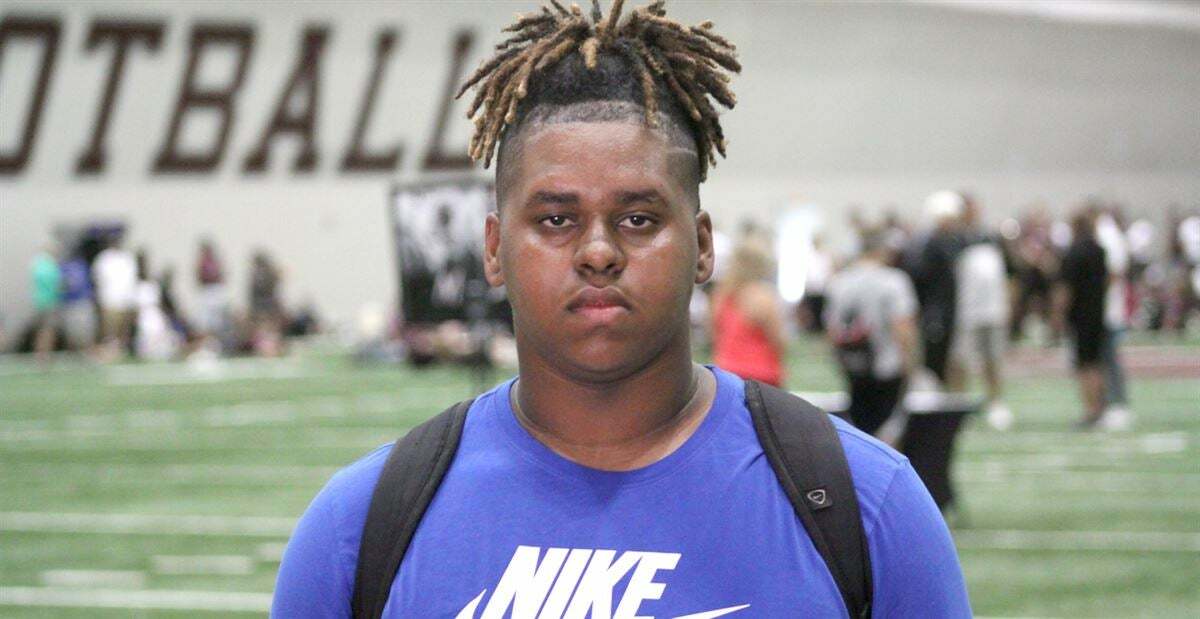 Next up in the 2020 recruiting class film study series is the second highest rated player in the class, three-star offensive lineman Trent Pullen. If you missed my breakdown of quarterback recruit Shane Illingworth, you can find it here.

Before we get into the full film review, I wanted to provide some background on the 6-3, 285-pound lineman. Pullen helped Connally High School to a 12-1 record, making it to the third round of the Texas 4A Division 2 Playoffs before losing to Gilmer High School. The Waco native is a two-sport athlete, playing basketball for the Cadets.

I was able to watch one game from his junior season against Lorena High School, a team that made it to the third round of the Texas 4A Division 2 State Playoffs that season.  Additionally, I was able to review two games from this past season against Spring Hill (playoff team, lost to Connally in the second round) and Gilmer (playoff team, lost in the fourth round to eventual champion Pleasant Grove). All of the clips in this post will come from these three games.

One more thing I wanted to note before we dive into the key areas of lineman play at the college level and look at how Pullen measures up in each category is the type of offense Connally runs. In both games I watched from last season, the Cadets utilized a “Tackle Over” formation for a majority of the game. What this means is instead of having one guard and one tackle on each side of the center, Connally lines up with two tackles to one side, and a guard and wide receiver/tight end Je’Juan forward to the to the other side.  See the image below for further explanation. 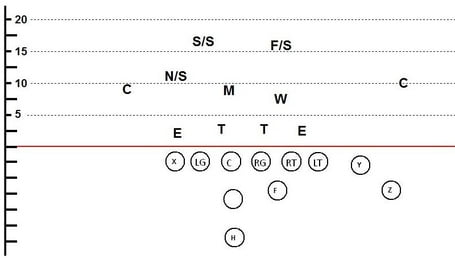 Below is an image of the formation from the Spring Hill game. You can see Pullen wearing number 59, lined up at what looks to be the tight end position on the right side, and Forward at the tight end spot on the left side of the line. 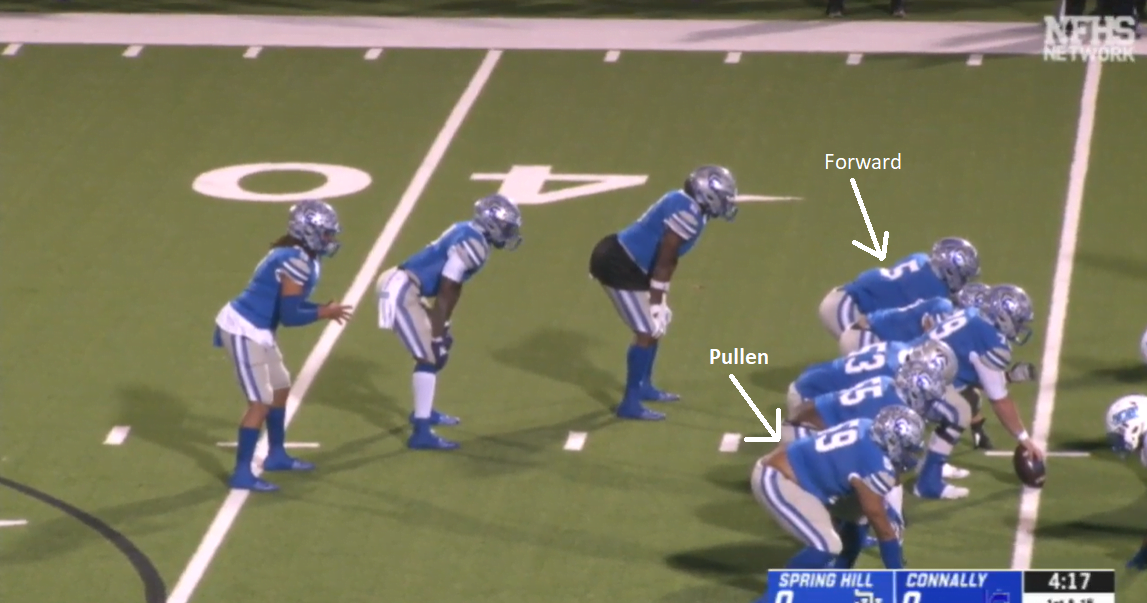 Here’s current New Mexico head coach Bob Davie on why teams would line up in this formation.

There are several reasons why an offense will utilize unbalanced formations. First, the unbalanced line can cause confusion for the defense. Many defenses align their personnel based on where the tight end is aligned in the set. Putting a tackle over creates confusion for defenses on initial alignment. Secondly, it can cause personnel mismatches. By putting a tackle at tight end or creating a four-man surface, the offense causes mismatches with big offensive tackles aligned on smaller linebackers. This can be a big advantage in the running game. Thirdly, the unbalanced line forces defenses to adjust. Obviously, there are many types of unbalanced formations and every one causes the defense to deviate from their normal adjustment and plan. This forces the defense to spend valuable practice time adjusting to formations that the offense may or may not use. [ESPN]

Now, let’s move onto the breakdown of Pullen.

The Texas product excels in the run blocking game. As I mentioned above, the Cadets were mainly a running team this past season, and Pullen was able to show off his expertise in this area of the game. He does an excellent job of driving with his legs and rolling his hips.

Once he has a hold of his defender, his amazing grip strength allows him to maintain the block and push the defender out of the running lane. He does well at finding good leverage points and positions his body well. Overall his technique in the run game is fairly polished for a player coming out of high school.

In the below clip you’ll see an example of Pullen blocking in the run game and driving his man down field.

As I mentioned above, there weren’t a lot of passing opportunities from the games I watched from Pullen’s senior season. However, in the game from his junior year I was able to watch some reps of his pass protection abilities. As you can see in the clip below, Pullen does a great job of keeping his hands on the defender.

He has solid foot speed, which he also displays on the basketball court, that allows him to stay square to the defender, which is on display in the above clip. With Pullen normally lining up at the tackle spot, he has experience going against faster defenders and he was almost never beaten off the edge from the film I saw.

Additionally, he has a good punch and doesn’t ever get overwhelmed by power rushers at the high school level. Here we see him pass blocking against Gilmer, as Connally was forced to throw the ball when they were down late in the game.

I’ve talked about Pullen’s hands already in the run and pass blocking sections, but I’ll expand on them a little more here. The young lineman does a good job of keeping his hands inside. I didn’t see him get called for a holding penalty in any of the three games I watched.

On occasion, he does have a tendency to get his hands a little wide, but I think this is something he can continue to improve upon at the next level. In high school, he can get his hands wide and still use his strength to push guys around. At the next level, this won’t be as easy to do.

Power at Point of Attack

Pullen does an excellent job of exploding off the ball and gaining ground, then engaging with his opponent and getting a wide base. He consistently drove through his blocks, racking up the pancakes as he went, as you’ll in the following video.

Overall, I was extremely impressed with Pullen’s film. I’m a little concerned about his lack of experience pass blocking his senior year from the two games I watched, but his junior year film is promising in this area. Additionally, the style of offense Pullen ran at Connally his senior year doesn’t really translate to the style of offense the Cowboys run, but I don’t expect this to be a big issue due to Pullen’s overall talent and understanding of the game.

Due to him only being 6-3, I think he fits more as a guard or center at Oklahoma State, but his experience at tackle at the high school level makes him versatile. I think this was a great pick up by offensive line coach Charlie Dickey, and I’m excited to see what Pullen can do at the next level.