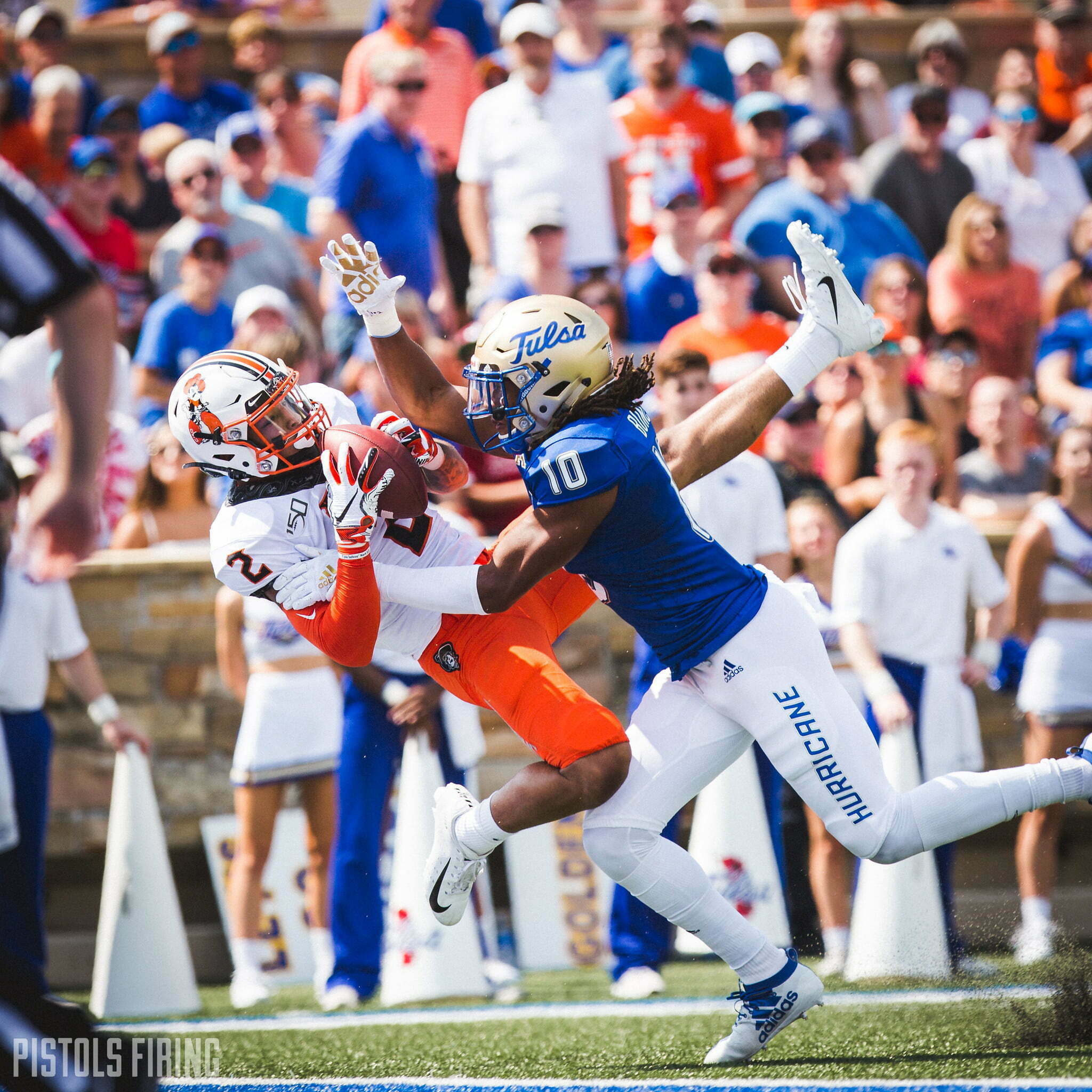 So far in my film looks into successful plays from last season, I’ve covered the Buck Sweep and Outside Zone. However, this week I wanted to take it to the air and look at a particular wide receiver screen play.

This is a specific play we saw former Oklahoma State offensive coordinator Sean Gleeson run several times last year. It’s a Tunnel screen, which is a wide receiver screen play in which the receiver lines up to the outside and then breaks back towards the quarterback while his blockers create a “tunnel” for him to run through up field. The play is designed to get a dynamic player, for example OSU receiver Tylan Wallace, the ball with blockers in front of him and space to work. See the image below from SmartFootball.com for additional detail. 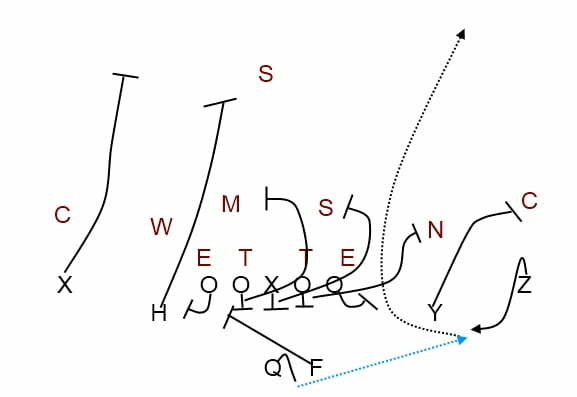 In Gleeson’s Tunnel screen, he adds in the wrinkle of Cowboy Back motion to get a big body blocking a smaller defensive back on the outside.

In the first example against Oregon State, you’ll see the play starts off with Cowboy Back Jelani Woods lined up at the H-back position to quarterback Sanders’ left. He then motions across the line of scrimmage and sprints out to the Twins receiver side right before the snap. This allows him to get out in front of the play as a lead blocker on the Tunnel screen to wideout Wallace. With solid blocks from both Dillon Stoner and Woods, Wallace picks up a huge chunk of yardage. The video below explains the concept further.

The next time Oklahoma State ran this play against the Beavers, Cowboy Back Logan Carter was in Woods’ spot as the lead blocker. You’ll notice in the first play right tackle Teven Jenkins released to help out with downfield blocking, but didn’t really get a chance to lay a hit on anyone. Well, that turned out differently this time around, as you’ll see below.

Gleeson built a few different plays off this concept. In the next video against Texas you’ll see Carter and Cowboy receiver Landon Wolf look like they are about to set up the same Tunnel screen we saw against Oregon State. However, instead they fake their blocks and both release downfield on vertical routes. Sanders pump fakes the screen pass to Wallace and then fires the ball to Wolf for a big gain.

One thing to notice in the play above is that this time the right tackle, Jenkins, doesn’t release off the line of scrimmage. This is to avoid being called for an ineligible man downfield.

Here’s another wrinkle Gleeson added to this play from last season’s matchup with Texas Tech. This one begins with the same Cowboy Back motion out towards the two receiver side. However, Sanders fakes the screen and looks back towards running back Chuba Hubbard who has slipped out to the other side of the formation. It wasn’t successful this time, but I like the idea of getting the speedy Hubbard out in space with several offensive linemen lead blocking for him.

Even though these may have been part of Gleeson’s playbook, I don’t see any reason why newly appointed offensive coordinator Kasey Dunn wouldn’t bring them back again next season.