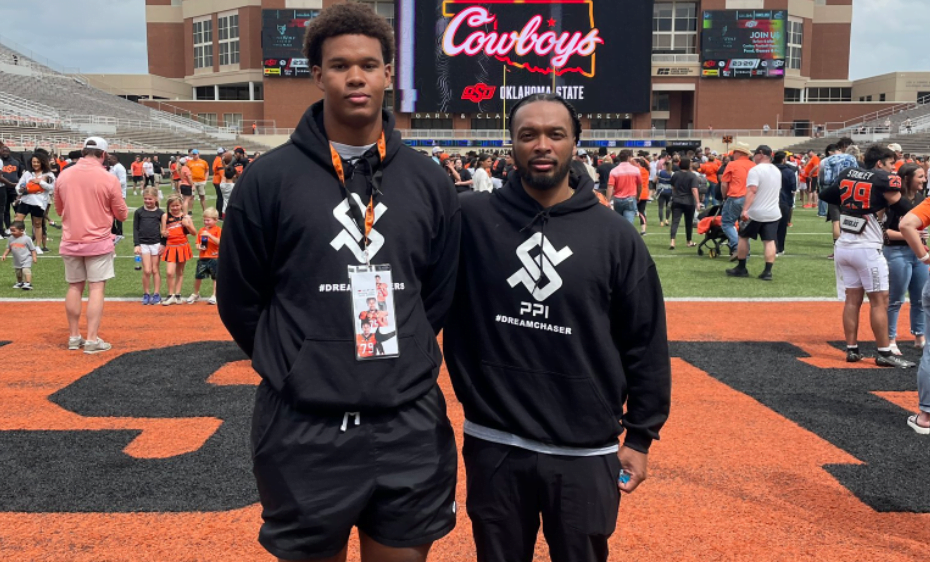 There was a large contingent of recruits — seven of whom were listed as official visitors, according to 247Sports’ Cody Nagel — at OSU football’s spring finale on Saturday. In what amounted to a rather important recruiting weekend before the Cowboys wrapped up spring ball, they managed to reel in some big names in an effort to coax them to Stillwater.

So who were the biggest? Listed below in no particular order are the five of interest (not including current commitments) who made their way to campus.

Simmons is a huge offensive tackle prospect who made the trek to Stillwater all the way from Florida. A four-star recruit, he has nearly three dozen offers from all over the country. OSU is one of the a dozen in contention despite the fact Simmons’ father is a former OU player.

Smith is the younger brother of OSU redshirt freshman cornerback Cam Smith. Arkansas, Indiana, Houston and others have offered, but the Pokes have a special connection here and were the first to offer him in 2021.

OSU landed the first visit of Williams’ young recruitment over the weekend just a month after offering him a scholarship. Arkansas and Texas Tech are also in the mix.

OSU offered Booker a scholarship back in February and has seemingly maintained a close kinship with the DeSoto product throughout his early process. Gundy and his staff have frequently found success at DeSoto, so that’s worth monitoring here.

Walton visited OSU on an official basis this weekend and subsequently picked up a crystal ball in favor of OSU from 247Sports. Would be a huge get for the Pokes, who are in the mix here vying against the likes of Arizona, Tennessee and Texas.