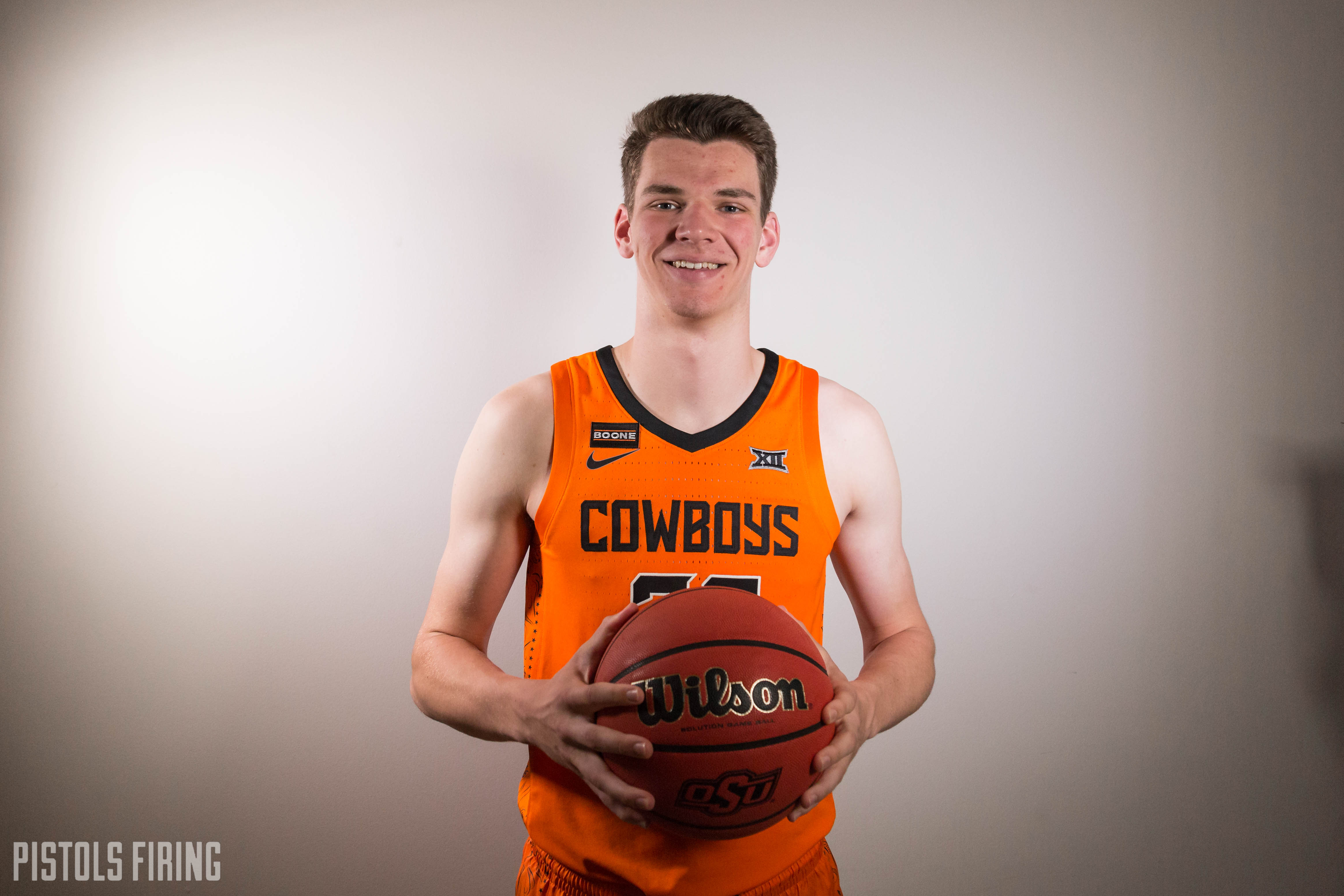 STILLWATER — Ask anyone around the OSU basketball program to name one player that has made a strong impression this offseason, and you’re likely to get one name: Hidde.

It’s the first name of freshman import Hidde Roessink, the Netherlands product who was so far off the recruiting radar at the time of his Cowboys commitment this summer that he didn’t even show up on recruiting websites 247Sports or Rivals. And in fact, he still doesn’t.

So, who is this European mystery man, and what’s behind all the hype?

“He’s a guy who came in here and totally bought into what we asked, even though it was completely foreign [to him],” said Mike Boynton at OSU’s media day on Monday. “And not just in the sense of being a foreign language and foreign country. A lot of what we did physically, they don’t necessarily lift weights and condition the same in Europe as we do here. He’s adapted well.”

Hidde committed to OSU in the first week of June, but it wasn’t until the end of the month — when OSU officially introduced him — that news of his pledge got out. In this era of media with Twitter, Instagram and Facebook hiding no secrets, it’s incredible to think he was committed for as long as he was without it breaking into the media. Recruiting and scouting is a massive industry, and here’s a 6-foot-10 versatile forward pledging to a major Big 12 program without a peep.

It’s a fitting welcome to OSU for Hidde, who himself comes off as a bashful, soft-spoken gentleman. Until, that is, you get him talking about food.

“The food tastes pretty good here, but it’s very unhealthy,” he says, and with a sly grin he names his weak spot. “I like the cheese fries from Eskimo Joe’s.”

Unlike news of his commitment, which was more or less a secret kept for nearly a month, Hidde’s passion for cheese fries is … known.

Kalib Boone’s assessment of Hidde? In August, it was the same as Anei’s. “He loves cheese fries and Five Guys, I don’t know why. I tell him every time ‘you spend your money too much on Five Guys,’ but every time I ask him where he wants to eat he’s always like ‘let’s go get Five Guys,’ and I’m like ‘Oh my god.’

That reaction — the one Kalib has to Hidde shelling out money on the regular for foods he himself deems as unhealthy — is similar to the one those who have seen him play have.

“When he first got here, I thought he was going to be a big post, you know? Hidde really loves to play the four spot, though,” said Kalib Boone. “He loves to shoot, he can really shoot, he’s got nice touch on his free throws. And he can move. I’m like, ‘6-foot-10 guy that can do this? OK, Hidde’s tough.'”

Hidde prior to his arrival at OSU has a rather unique story, too. He was an amateur playing professionally overseas for the Dutch Windmills, he had an offer to continue playing professionally, but in the end he knew he wanted to play college ball stateside. Now we’re on the precipice of discovering whether the Hidde hype is real.

“He’s a very versatile four-man,” says Anei. “And he can shoot the 3 really well.”