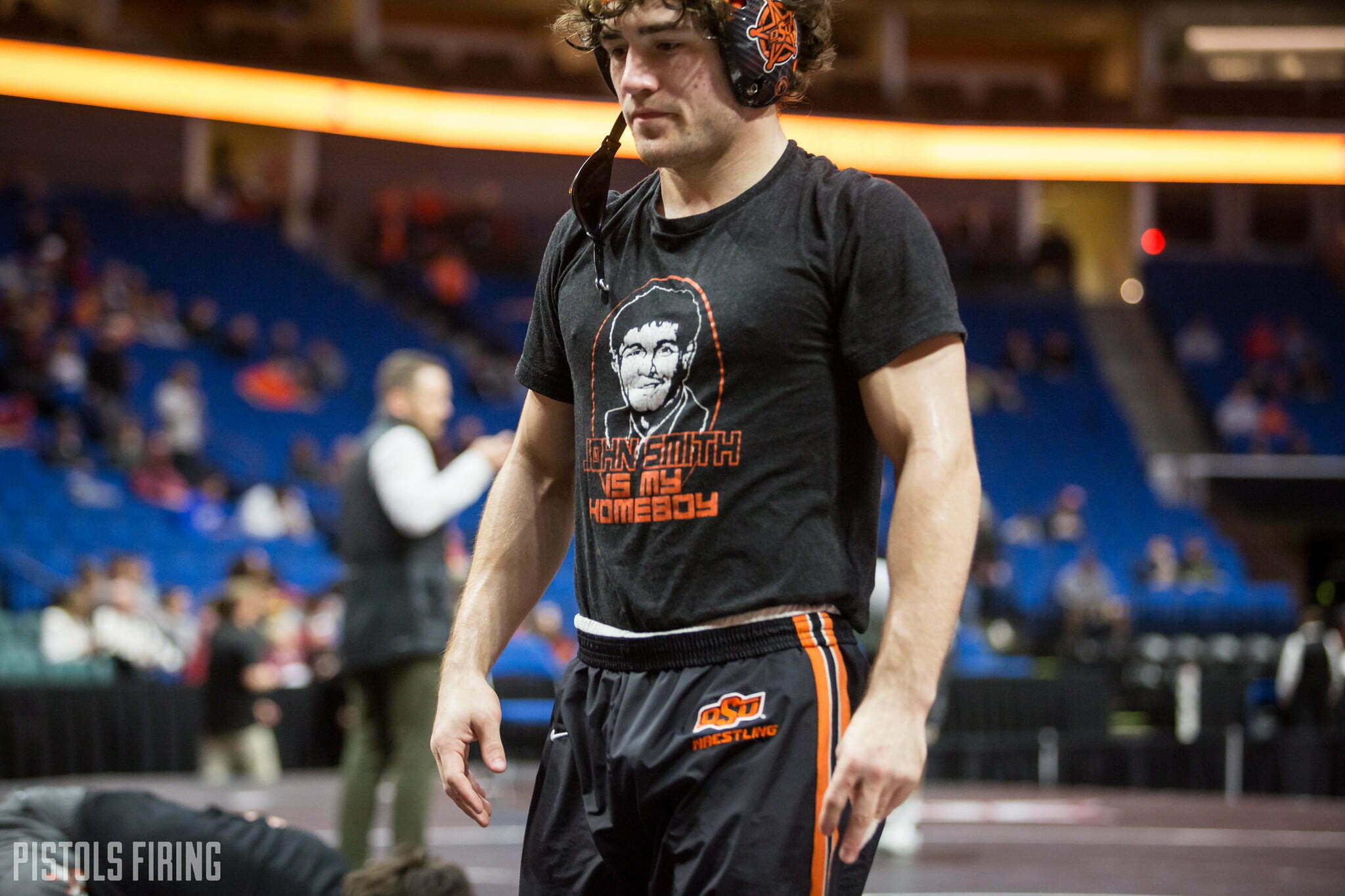 Normally I’m the most upbeat writer you’d ever come across. I try to look at the positive side of everything in life and really try and write from that angle as well. But with everyone already down in the dumps over the canceling of sports all over the world, COVID-19, and being quarantined at home, I’m going to try and take things down one more notch by sharing my list of some of the harder-to-choke-down things Oklahoma State fans have endured at the NCAA wrestling tournament over the years.

This one popped up on my Twitter a few days ago and actually helped to inspire this story angle. Most OSU wrestling fans know the background on this, Johny Hendricks comes to OSU out of Edmond, Okla. and John Smith’s nephew Mark Perry, who was in the recruiting class the year after Hendricks, chooses to go to Iowa. Hendricks ends up as a two-time NCAA champion and a focal point of OSU’s run of four straight NCAA team titles from 2003-06. In Johny’s senior year and Mark’s junior year they matched up in the NCAA finals. Hendricks had beat Mark every time they met during the regular season, but fell to him 4-3 in the NCAA tournament final.

Did you see that ⁉️ Take a look back at Mark Perry's 2007 title match against Johny Hendricks where his late third period reversal helped him win it all.#NCAAWrestling pic.twitter.com/wX0LyWHo1r

2. Daton Fix Gets His Headgear Grabbed

This one is probably the most fresh on the minds of Cowboy fans. Daton Fix and Nick Suriano battled for the NCAA title at 133 pounds last year and Fix fell in OT.

In one of the weirder exchanges I’ve seen in a wrestling match, Daton hits a slide-by and seems on his way to a takedown when Suriano caught his headgear and picked up a takedown of his own ending the match. OSU was out of challenges, but still managed to get the refs to review what was a clear and blatant grab of Fix’s headgear by Suriano. They did not overturn the call and Suriano walked away as the NCAA champion.

3. Jordan Oliver doesn’t get the two

Jordan Oliver goes for his second NCAA title against eventual four-time NCAA champion Logan Stieber. Oliver was down 4-3 with about 10 seconds left and gets in deep on a shot that looked to everyone in the building as though it was clearly two points, but it wasn’t called. Oliver bounced back the next season to win a title as a senior and Stieber went on to become a four-time NCAA champion.

4. Wrestling Changes the Rules on Heil

This really wasn’t one specific moment in March, but can reasonably be applied to this story. Heil wins two NCAA titles largely predicated on his scrambling and ability to squeeze out tight matches. The summer following,  the NCAA changed the rules to implement the new Neutral Danger Zone Takedown. This forces a complete change to Heil’s style and requires him to adjust everything he’s done for his entire career in wrestling. Unfortunately he was not able to bounce back and win that third title. Who knows how it would have played out had the rule never changed?

5. Hutton Unable to Put Together Four

This happened way before my time and way before the time of pretty much anyone who’s going to be reading this. Dick Hutton was a three-time NCAA Champion for the Cowboys in 1947, 1948, and 1950. Fifty years before Pat Smith became the first wrestler to win four NCAA titles, Hutton was about as close as anyone had been to doing it at the time.

Hutton wrestled fellow future professional wrestler Verne Gagne to a tie in the 1949 NCAA finals. Wrestling at that time did not have a definitive rule to determine a winner in a tie, so it went to a referees decision. The ref felt that Gagne had controlled more of the match than Hutton and gave him the decision, ending Hutton’s shot at being the first four time NCAA champion.