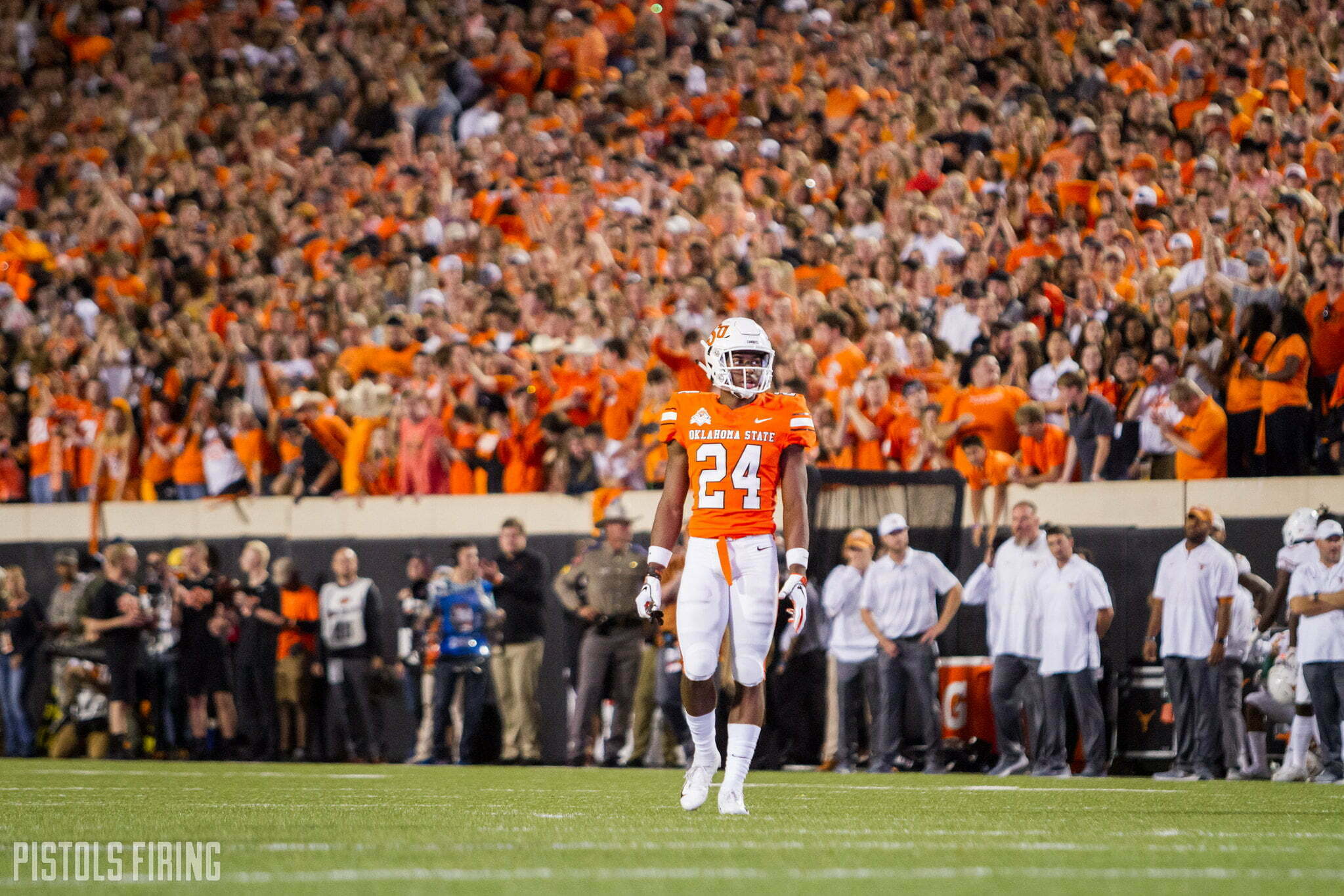 You already know the stars of Oklahoma State’s roster: the Chuba Hubbards and the Tylan Wallaces and the Trace Fords. But every year there are players who break out and emerge into the fore, and that’s what this list is about — identifying unheralded or overlooked players who become key factors.

Here are five who have that potential in 2020.

1. Brennan Presley: I have zero ideas on how OSU can get the ex-Bixby star more touches in a loaded receiving corps., but it sounds as if one of those ideas involves getting him touches in the return game. And yeah … I’d say that’d be one of Mike Gundy’s better ideas of 2020. He’s an electric factory with the ball in his hands, and puts out some serious Jalen-McCleskey-but-slightly-better vibes.

2. Dezmon Jackson: Dezmon Jackson is perhaps one rolled ankle away from becoming the featured back in OSU’s offense. And after sitting all but two games last season, there’s some buzz coming out about him and his 5-11, 220-pound frame that seems promising. My money is on him, not LD Brown, becoming RB1 if Chuba is for any reason sidelined this season because of his size and workhorse history. He should be big and strong enough to carry featured duties if his number is called.

3. Langston Anderson: Don’t let all the Tylan Wallace, Dee Anderson, Braydon Johnson and Dillon Stoner hype distract you from the fact that Langston Anderson — who redshirted last season — might be who actually has next. He’s a 6-foot, 200 pound freak of an athlete who can highpoint a catch like Tylan and should factor in the mix on the outside. He enters the season as Tylan’s backup but should be in line to get a decent sized workload early on in the season as OSU eases Superman back into duty coming off an ACL tear.

4. Jarrick Bernard-Converse: With OSU needing a starter at cornerback to replace A.J. Green, OSU seems to have found one in safety-turned-corner Jarrick Bernard-Converse. Already he knows the defensive schemes and has experience in Jim Knowles’ system, and he’s my pick to start opposite Rodarius Williams. In a pass-heavy Big 12, he’ll be a serious factor this season.

5. Tanner McCalister: Bernard-Converse moved from safety to corner this year, but McCalister moved from corner to safety in late-2018. He’s now a potential starter at the position on a back end that features Tre Sterling and Kolby Harvell-Peel. With Sterling and Harvell-Peel entering the season with All-Big 12 level buzz (and Harvell-Peel with All-American buzz), McCalister is the X factor at safety who we’re forgetting about but who has room to emerge as a star in a talent-heavy safety room.