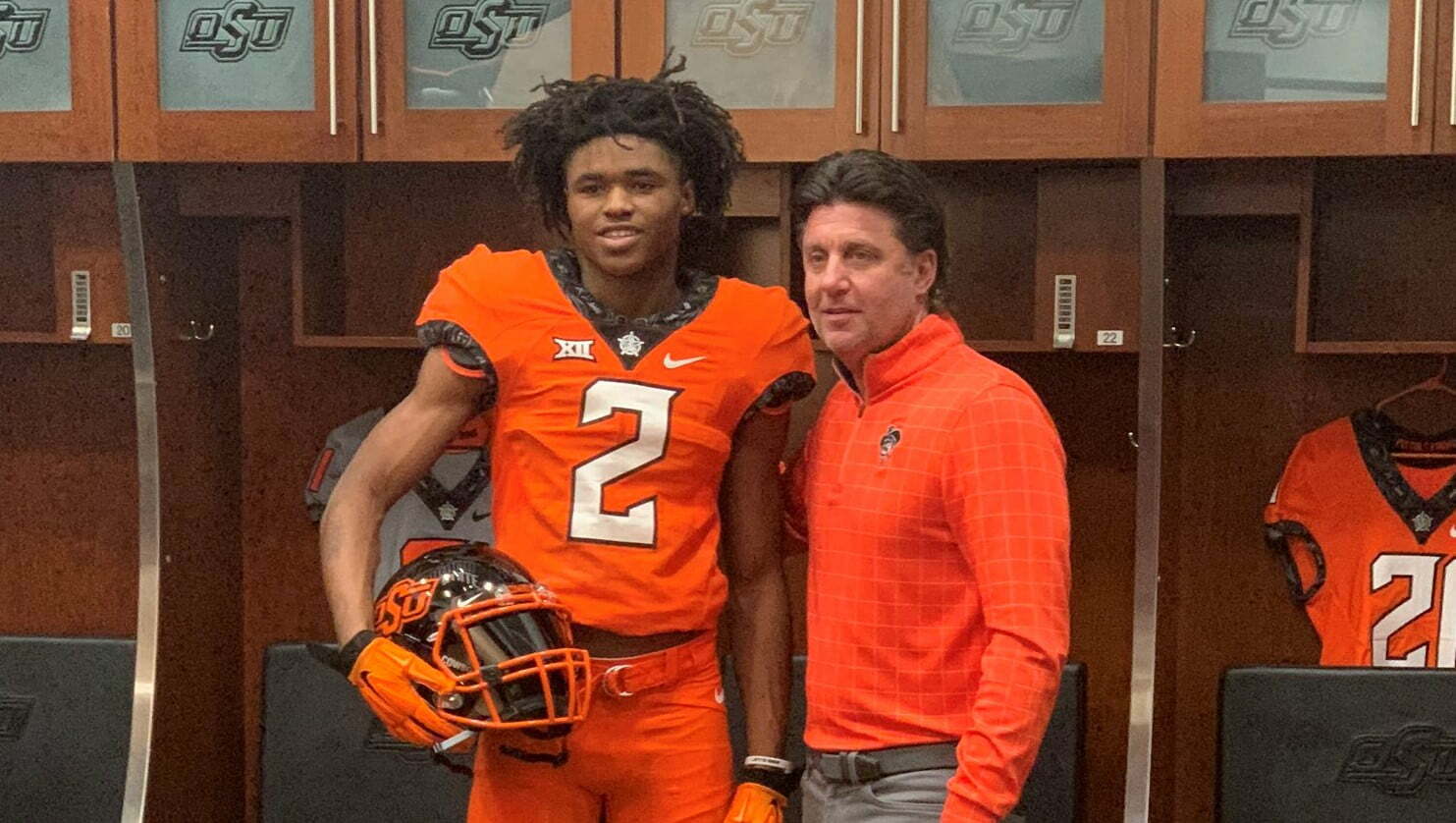 OSU polished off what figures to be the final touches of its 2022 recruiting class on Wednesday, the second National Signing Day, with an unexpectedly strong finish by signing a receiver, a defensive lineman from the JUCO ranks and a late-rising offensive lineman. The late additions add to an already-strong class loaded with a blend of young and old talent — both of which have real potential to contribute right away in 2022.

So who might be ready to step in and play early? My five best guesses are below.

This was a sneaky good NSD add. Fevaleaki initially signed with BYU out of high school in 2017 (!) and spent the last season at Snow College. So the dude has experience — and is only a redshirt junior. Amazing. He’s coming off a productive season at Snow where he earned first team NJCAA All-America honors after posting 20 tackles, 2.5 sacks, a forced fumble and a pass breakup in eight games.

Jaylen Warren: Gone. Dezmon Jackson: Gone. LD Brown: Gone. That’s three key ball-carriers from OSU’s team last season. The running back position seems wide open entering the 2022 season. That should open the door for Gordon and 2022 signing mate CJ Brown to potentially scoop up some run as true freshmen. Gordon is coming off a senior season in which he rushed for 2,478 yards and 35 touchdowns while adding 205 yards receiving and a pair of receiving scores. Physically he’s . . . built different. His blend of size and explosiveness gives him a real chance to be someone who just steps into some sort of role right away despite his inexperience.

Benson spent last season at Tyler Junior College after starting his career at Texas Tech then opting out of the 2020 football season. But we know he can play at this level: As a redshirt freshman he was a starter with the Red Raiders in 2019. With starters Malcolm Rodriguez and Devin Harper gone at the linebacker spot, Benson will have a chance to step in early, even with a really talented returning cast of players at the position.

Webber is a gigantic human being, so that should help his chances of playing right away. So, too, should his experience at a higher level having played a key role for New Mexico Military Institute. The four-star addition — who chose OSU over Auburn, Baylor and many, many more offers — could push for a starting spot at tackle.

Here’s the entire list of OSU receiver signees who ranked higher than Shettron coming out of high school:

And here’s the entire list of OSU signees over the last decade who ranked higher than Shettron coming out of high school:

That’s it. That’s the list. Recruiting rankings aren’t by any means a perfect metric to predict future success — much like early future success — but it does at least highlight just what type of rarefied air Shettron is breathing as a true blue-chip recruit. I’m a huge believer. Inexperience at WR hurt OSU at times last season, so it’s possible to be skeptical of his prospects in 2022. But he might just have the talent to push for playing time even with a receiving corps. that should be more experienced.