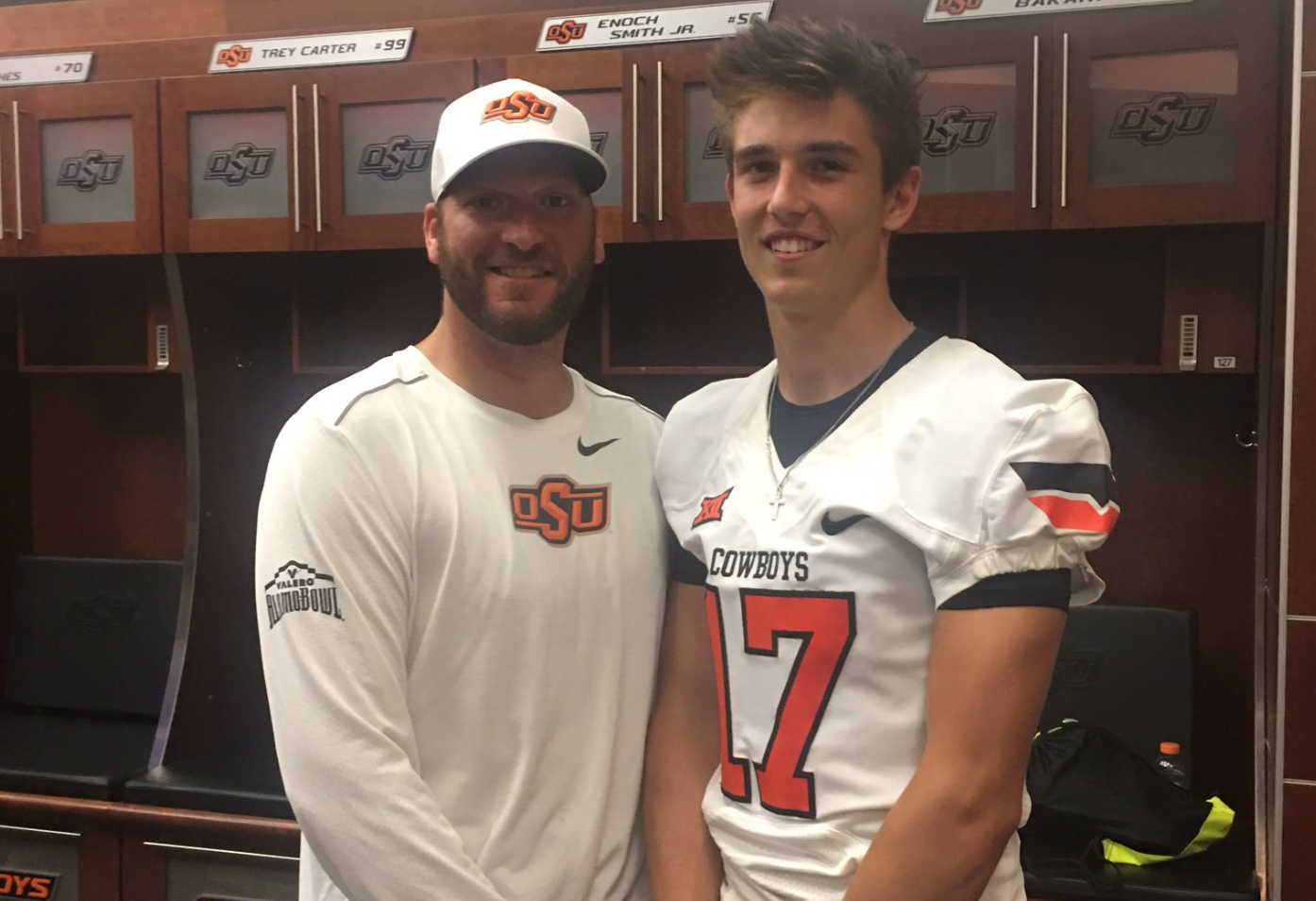 With Spencer Sanders hitting the transfer portal and OSU skipping a year in 2020 in which it took only a walk-on at QB and not a scholarship player, the Cowboys this offseason figure to likely be in the mix to add not only Zane Flores, the talented high school prospect out of Nebraska, but also a veteran arm out of the transfer portal, too.

Here are five options that could be viable paths, some of which are wishcasting on my part and at least one of which is actually in the mix for the Pokes.

Armstrong is considering OSU and Wisconsin and has plans to visit both in the coming weeks. The three-year starting QB at UVA is a lefty who passed for more than 9,000 yards during his career and accounted for 58 passing touchdowns in that span.

OSU recruited Card long ago back when Mike Yurcich was the offensive coordinator in Stillwater. The Cowboys made a strong push to land him before he landed at Texas. Now back in search of a new home, Card could find a soft landing spot at OSU across the conference with Texas set at the position.

McCall would be No. 1 on the wish list but slots in at No. 3 here just because landing him seems like a bit of a pipe dream. He’s a talent who will likely be able to call his shot on destination after starring at Coastal Carolina the last three seasons, where he completed 545 passes for 7,926 yards and 93 total touchdowns. OSU would have to put together a significant NIL package to get him to Stillwater.

Slovis is a former three-star recruit who flashed star power first at USC then most recently at Pitt where he spent one season before entering the portal. He threw for 2,397 yards and only 10 TDs last season on a Pitt team that didn’t have a prolific passing attack but has the arm skills of an NFL talent in the right system.

OSU recruited Mertz in the 2019 cycle back when he was a four-star recruit before missing on him and landing Brendon Costello instead. Mertz played in 34 games the last four seasons at Wisconsin and passed for 5,405 career yards and 38 touchdowns to 26 INTs.