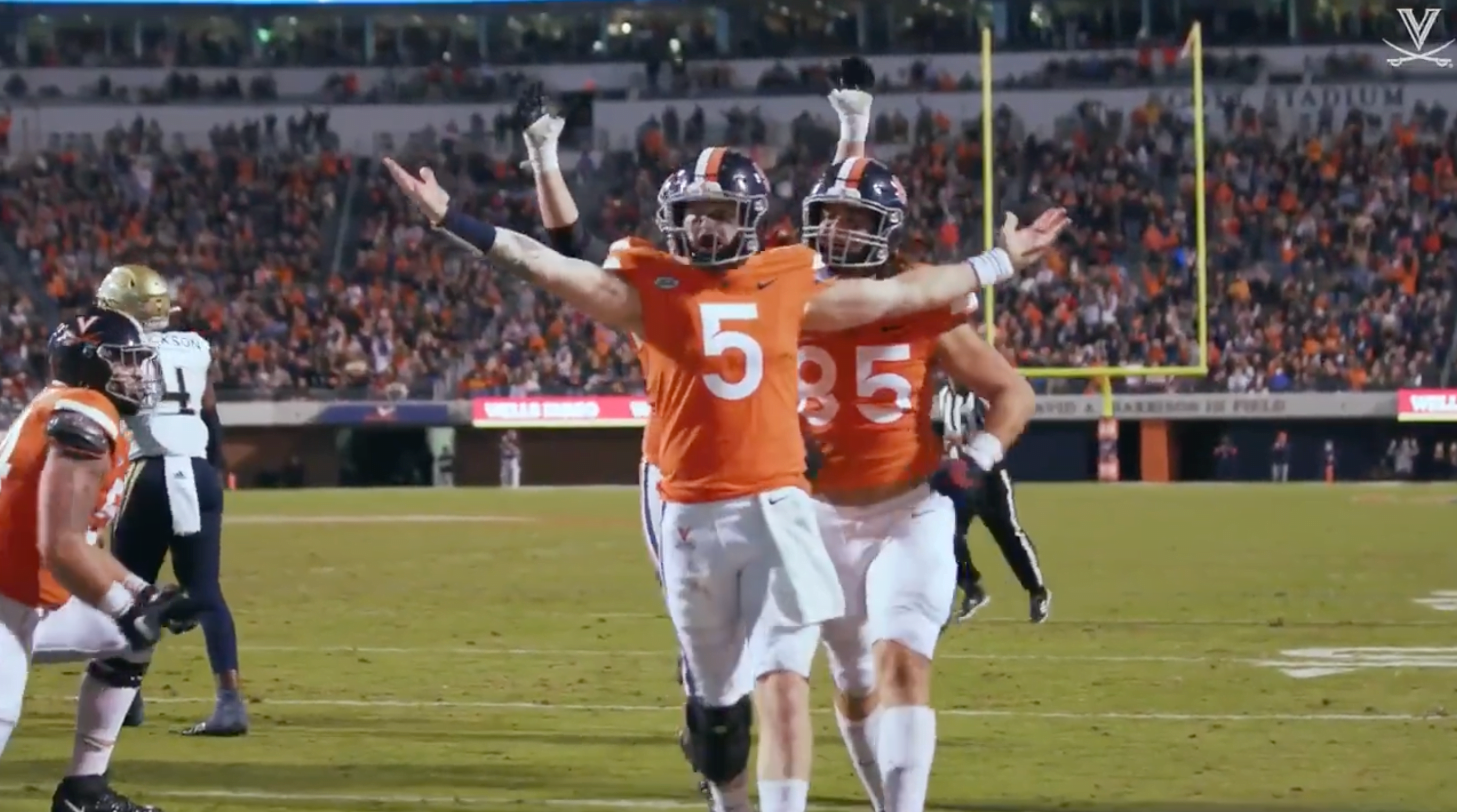 The Guaranteed Rate Bowl in Arizona later this month between Oklahoma State and Wisconsin suddenly has bigger implications than previously expected as both the Cowboys and the Badgers have reportedly emerged as potential suitors to land Virginia quarterback transfer Brennan Armstrong.

Armstrong is a three-year starter with the Cavaliers who entered the portal earlier this month following his senior season in 2022 at UVA. On3Sports reports that he plans to visit both Wisconsin and Oklahoma State soon.

OSU is looking to replace four-year starting QB Spencer Sanders after he entered the transfer portal earlier this month, and Wisconsin is aiming to do the same with Graham Mertz, who started almost every game for the Badgers the last three seasons and hit the portal this month as well.

Armstrong is a lefty with a cannon for an arm who passed for 9,034 yards during his time at Virginia along with 58 touchdowns and 35 interceptions. The 6-foot-2, 215-pound talent is plenty mobile, too, as he rushed for 552 yards three seasons ago, 251 yards two seasons ago and 371 yards this season to go with 20 combined rushing touchdowns in that span. Notably, he led an aerial attack in 2021 that ranked second nationally in pass yards per game.