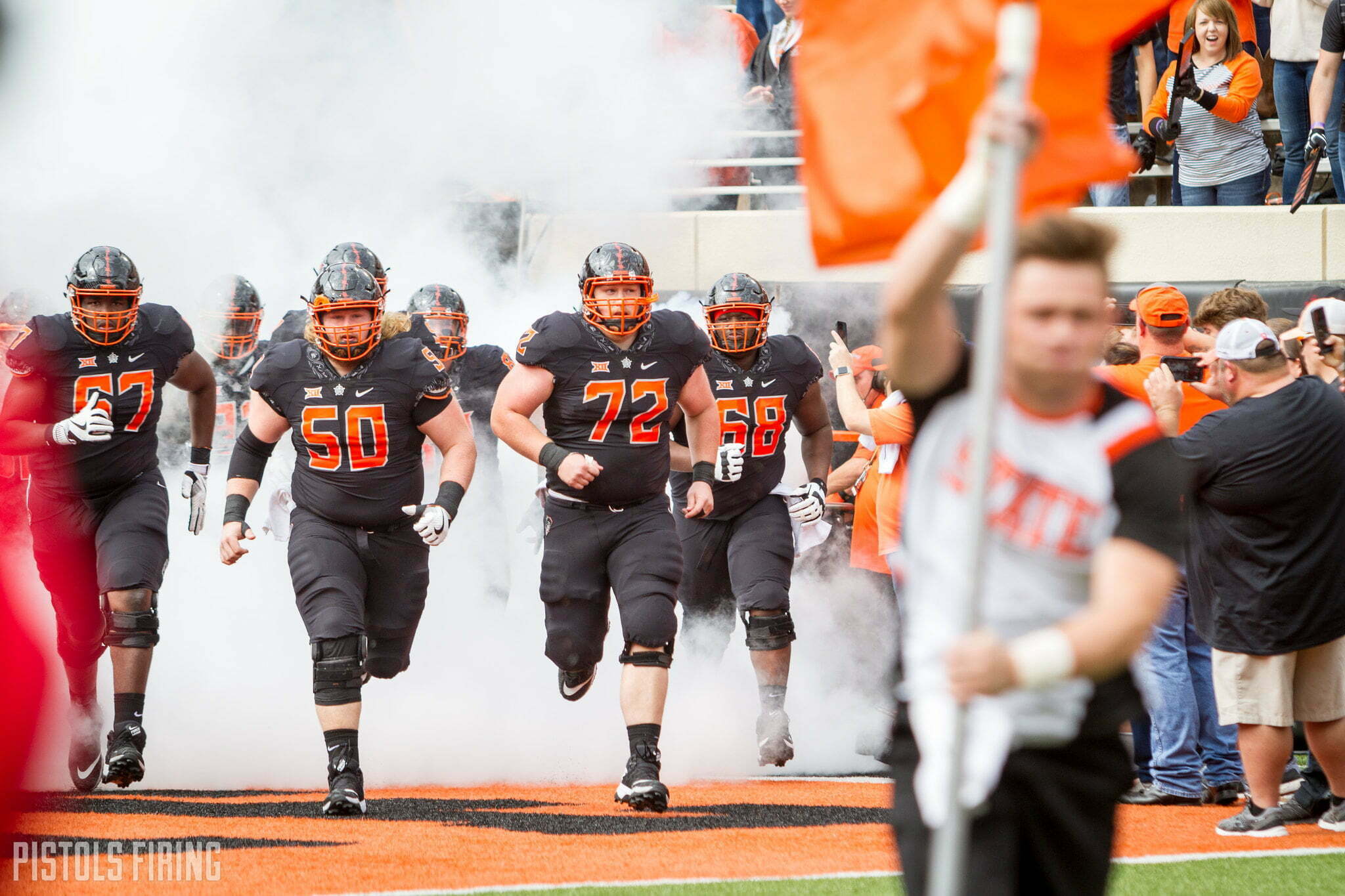 Oklahoma State welcomes McNeese on Saturday for its 2019 home opener. A middling FCS opponent may not move the needle for most fans, but the opportunity to lay eyes on a dynamic offense as it continues to come into its own should be plenty.

1. A Look at the Other Guys on Offense

The Cowboys appear to have a bonafide trio of stars leading the way in Spencer, Tylan and Chuba, but there are plenty of spots to be filled behind them and those filling them will play crucial roles later in the season.

Who will be OSU’s No. 2 receiver? How about Nos. 3-5? Will we get an extended look at Dru Brown and how does he approach the game when he’s in there? This game should shed some light on some of these.

2. Can the Defense Shore Things Up?

The two biggest bugaboos for Jim Knowles’ crew in Corvallis go hand-in-hand — failure to get off the field on third downs and giving up of big plays. Oregon State’s offense converted 13 of its 20 third-down attempts and got in five chunk plays including three of 20 yards or more.

Mike Gundy’s message was simple. Get after the QB and give your secondary a chance.

If OSU’s defense can’t get into the backfield often against an FCS O-line on Saturday — or it gives up more than a couple chunk plays — Knowles will have a lot of work to do before the Cowboys open Big 12 play two weeks later.

Again, the visiting Cowboys shouldn’t provide too much of test for OSU’s trenchmen, but after receiving such high praise from their head coach, they’ve got a lot to live up to.

“It’s early in all phases,” Gundy said. “Everybody has to be careful about being on the Kool-Aid early, but it was the highest grade that we ever had as an offensive line group since I’ve been the head coach.”

This game could also get several inexperienced linemen an opportunity to play and allow for Charlie Dickey to rotate guys in and out, adding valuable in-game experience both individually and as a unit.

4. OSU Could Create a Little History

A win over the FCS Cowboys wouldn’t be incredibly significant in and of itself, but there are a couple of streaks that would be extended if the Cowboys come out on top.

A win would make 12-straight Ws over non-Big 12 opponents. The Cowboys have won 34 of the last 39 matchups out of conference. It would also make Mike Gundy a perfect 15-0 in home openers and a perfect 12-0 against FCS opponents. You definitely want to keep the latter record in tact.

5. Can OSU Put McNeese Away Early?

This game, or at least the beginning of it, might tell us more about Oklahoma State as a team than the entire Week 1 win over Oregon State. How will the Cowboys come out from the start? Crisp and engaged, intent on putting an inferior foe away early? Or will they come out lackadaisical and play down to McNeese?

In the past couple of years, Gundy’s teams have not approached games very well when they are the favorite. In 2017, Oklahoma State almost needed to be the underdog to perform well and with any type of urgency and, coincidentally, lost some games it shouldn’t have. Last year’s lack of discipline and consistency was even worse.

OSU’s best teams have not only had talent all over the field, they’ve also had a killer instinct, quickly dispatching lesser teams and leaving no doubt of the final outcome by halftime. In the end, that is probably what separated the last couple of squads that had actual Big 12 aspirations from the one that got it done.

The dynamic display we witnessed against Oregon State got all of us a little excited about where this team’s ceiling might be, but I might have to pull the brakes on the hype train just at bit if this is still a game in the third quarter.