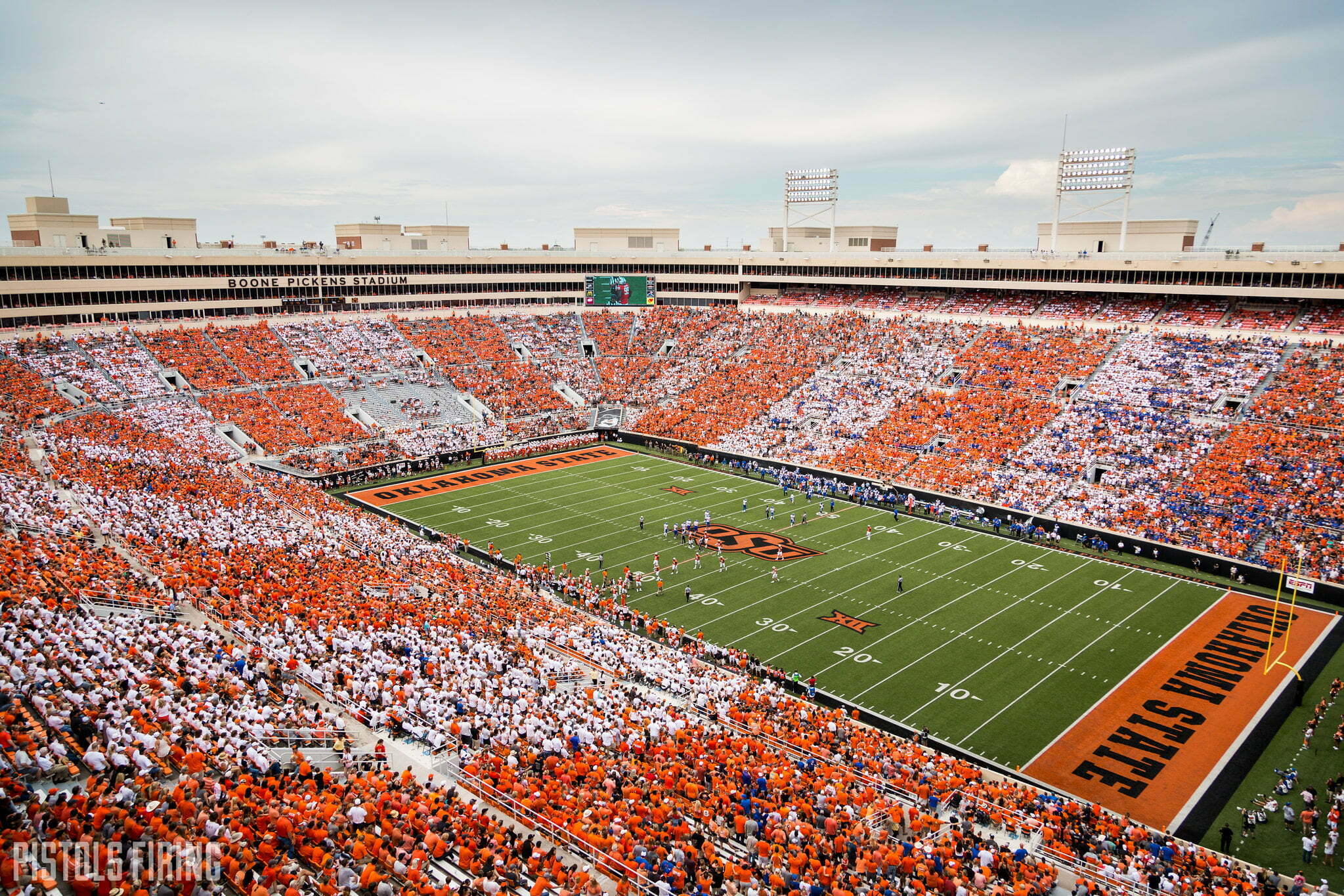 The Cowboys have done a great job keeping in-state talent in state in the 2021 class, and if they can do the same in 2022, look out.

Williams is the No. 14 player in the 2022 class. He is considered the class’ top athlete and the top player from Oklahoma.

Williams does it all for the Hornets playing some quarterback, wide receiver and defensive back. As is tradition with guys OSU goes after, Williams is a mutli-sport athlete, also running track. He won the 6A 400-meter dash as a freshman with a 47.70. He also came second in the 200-meter dash that spring with a 21.14.

Lean, athletic build that could translate to multiple spots at the college level. Owns some frame space to continue adding bulk. Versatile athlete. High school QB and DB whose ceiling is likely highest in the secondary. Primarily plays QB but put some good snaps on tape at corner as a sophomore. Flashes impressive burst coupled with track-verified top-end speed. Oklahoma 6A state champion in 400 meters (47.70) and runner-up in 200 meters (21.14) as a freshman. Displays plus agility to make the first defender miss. Fluidity also shows at corner. Shows impressive turn-and-run ability. Good ball skills for a long-term DB prospect thanks to offensive experience. Adding bulk/strength and continued coverage technique development keys moving forward. Dynamic athlete with a high developmental ceiling at corner. High-major recruit with multi-year starter capability who could develop into an early-round NFL Draft prospect.

OSU has had celebrations and heartbreaks when recruiting Booker T. in recent years. It’s where the Cowboys got Justice Hill and Jordan Brailford, both of whom are now in the NFL. OSU was also in the mix for Booker T.’s latest five-star Dax Hill, who ended up at Michigan.

The Cowboys have seven in-state commits in their 2021 class. Mike Gundy and Co. also already have a pair of Oklahoman 2022 commits in Beggs product CJ Brown and Stillwater’s Gabe Brown.

OSU also seems to be in a good spot with Braylin Presley, younger brother of OSU freshman receiver Brennan Presley. Braylin is flying up recruiting rankings. He is up to being a four-star recruit after not having any major offers at the start of his junior season.

If the Pokes could somehow swing Williams and the younger Presley, it could open the floodgates for future Oklahoman recruits with OU increasingly looking more nationally for prospects.