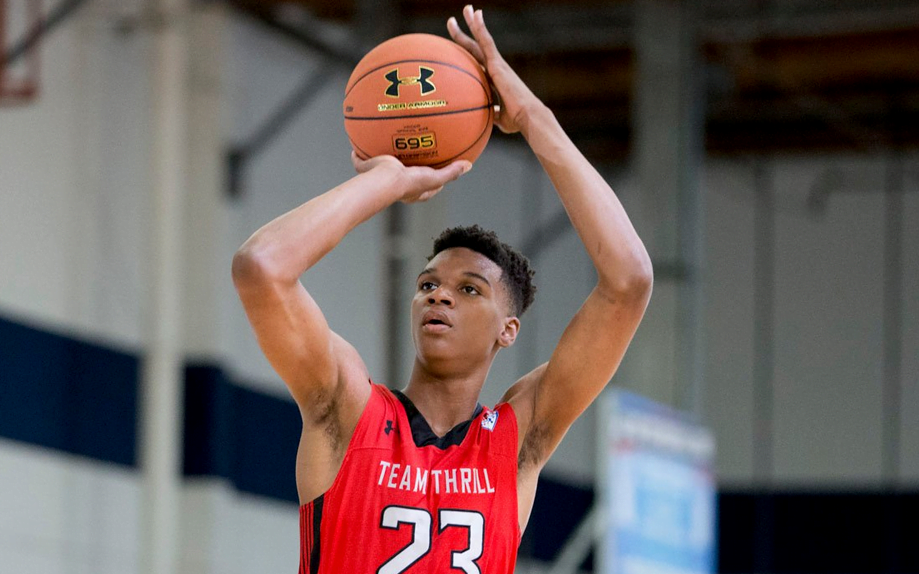 Mike Boynton and his coaching staff have the opportunity of a lifetime ahead of them this weekend. Five-star big man Isaiah Todd is coming to town via Virginia for an official visit, and the time is now to roll out the shaggy, well-groomed orange carpet that’s probably been stashed in some basement in GIA since Marcus Smart made his OSU official visit several years ago.

With opportunity comes risk, of course — and reward. Here’s how OSU can score the latter in an effort to convince Todd that Stillwater is the best place for him to play his first (and likely only) season in college basketball.

This should be OSU’s entire coaching staff following around Todd all weekend:

OSU gets big name recruits here and there in a number of sports — Spencer Sanders, Chuba Hubbard, Le’Bryan Nash, Rickie Fowler, etc. — but Todd would get his own special following. As a top-15 player in the 2020 class, there’d be a subset of folks each and every game tuning in every night to watch him in an OSU uniform tracking his development as he prepares for the NBA.

The same would go for his on-campus following. There’d be hundreds (thousands?) of 18-year-old Frank Caliendo’s at OSU gearing up every night to make the trek to GIA to watch this cat play, simply because he’s a unique talent. How could you not want to hear Todd! Todd! Todd! Todd! filling up one of the most special venues in America?

The list of five-star prospects who’ve chosen to blaze their path at Kentucky is extensive. Seriously. There’s already two in the 2019 class signed up and preparing for their one-and-done journey.

But how many have taken their elite credentials and gone to OSU?

The list is small, really: Marcus Smart and Le’Bryan Nash are the only former recruits who can hold a candle to Todd’s credentials. Smart just signed a $50 million contract last offseason, and Nash is still playing professionally. Odds are high he can, at the very least, follow in Smart’s footsteps. $50 million doesn’t sound bad, yeah?

Todd could join the very, very long list of UK players and become just the latest, or he could go to OSU and become, instantly, a legend. Program-saving, even.

OSU doesn’t need Todd to be a Mitch Solomon — a four-year developmental player who can help lead the program to prominence. It’s totally cool if he wants to Trae Young this thing. Come for a year, be awesome, take all the shots, then peace out.

Even if OSU doesn’t get to the Tournament in his lone season, if Todd goes one-and-done and gets drafted high, he’d set a blueprint for Boynton and Co. that other blue-chip prospects could follow. So when the next Isaiah Todd comes around, the recruiting pitch becomes a bit easier.

4. Most famous person in Stillwater?

It’s entirely possible that, if Todd came to OSU, he’d leave as a more-recognized brand than his head coach. The only person who could sniff the same fame as Todd (assuming he’s as good as advertised, which isn’t much of a gamble), is Mike Gundy, whose mullet brings with him extra attention.

If Todd becomes a star on the hardwood in Stillwater and grows a mullet, it might be game over.

Does Lexington, Kentucky have Eskimo Joe’s? Does Chapel Hill, North Carolina have Hideaway Pizza? Does Lawrence, Kansas offer a delicacy like Thai Cafe? No, no and no. Only in Stillwater, baby.