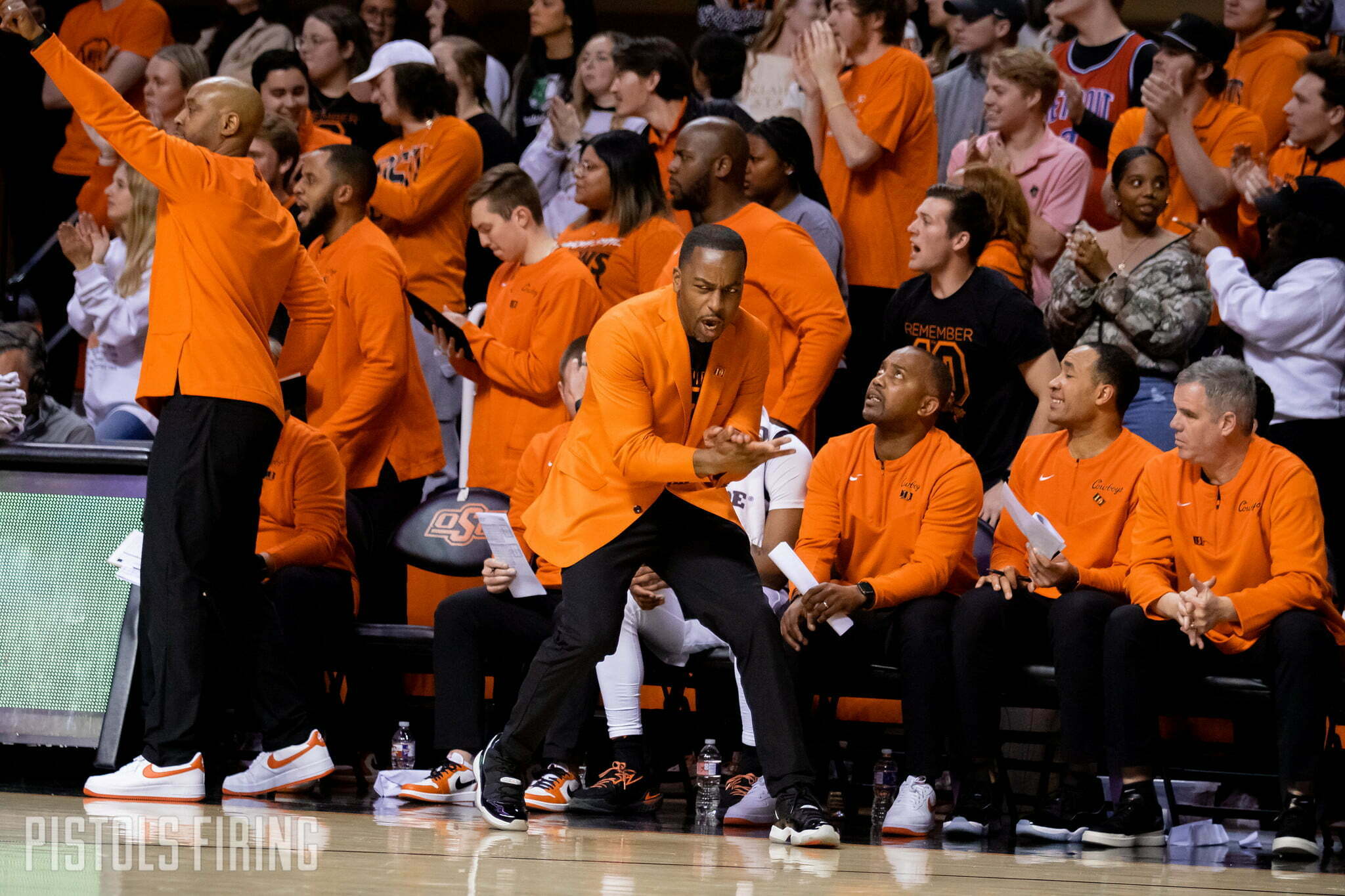 It’s not often five-star prospects come out of nowhere, but that’s kind of the case with Leonard Miller.

Miller, a 6-foot-10 forward from Ontario, Canada, included Oklahoma State in his Top 10 on Wednesday along with Gonzaga, Kentucky, Auburn, Alabama, Kansas, TCU, Providence, the G League and Overtime Elite, according to On3’s Joe Tipton. Miller comes out of nowhere because he is unranked on 247Sports and Rivals, but On3 lists him as the No. 11 player in the 2022 class.

According to On3, Miller is a guard in a big man’s body. The new recruiting services says he has a 7-foot-3 wingspan while shooting 40% from 3 and averaging 32 points a game for Fort Erie International Academy.

OSU does have ties to Canada, and Ontario in particular. Matthew-Alexander Moncrieffe, who will be a junior next season, hails from Mono, Ontario. And OSU assistant coach Larry Blunt spent some time in the Canadian province while coaching at the high school level.

As good as that may sound for the Cowboys, Miller has a larger tie elsewhere in his Top 10. His brother, Emanuel, was a junior on TCU’s roster this past season.

“I have seen Coach (Mike) Boynton plenty of times, he came down to watch me, and I have had great talks with him,” Miller told On3. “We talked about he will hold me accountable, and he has the staff in place to hold me accountable to help me keep becoming a better player. He talks to me about being a good person as well. I have watched them a lot this year, they are in the same conference as my brother, so I have seen them play TCU already this year.”

OSU coach Mike Boynton is looking to put the finishing touches on his roster, but OSU’s scholarship situation is a little murky because of the NCAA sanctions. OSU has reached out to a handful of players in the NCAA transfer portal, a portal that is growing by the hour.

Boynton said after the season that he wants to add a point guard and 3-point shooting to next season’s roster, but when he said that, I’m not sure anyone was thinking that would come from a 6-foot-10 player.