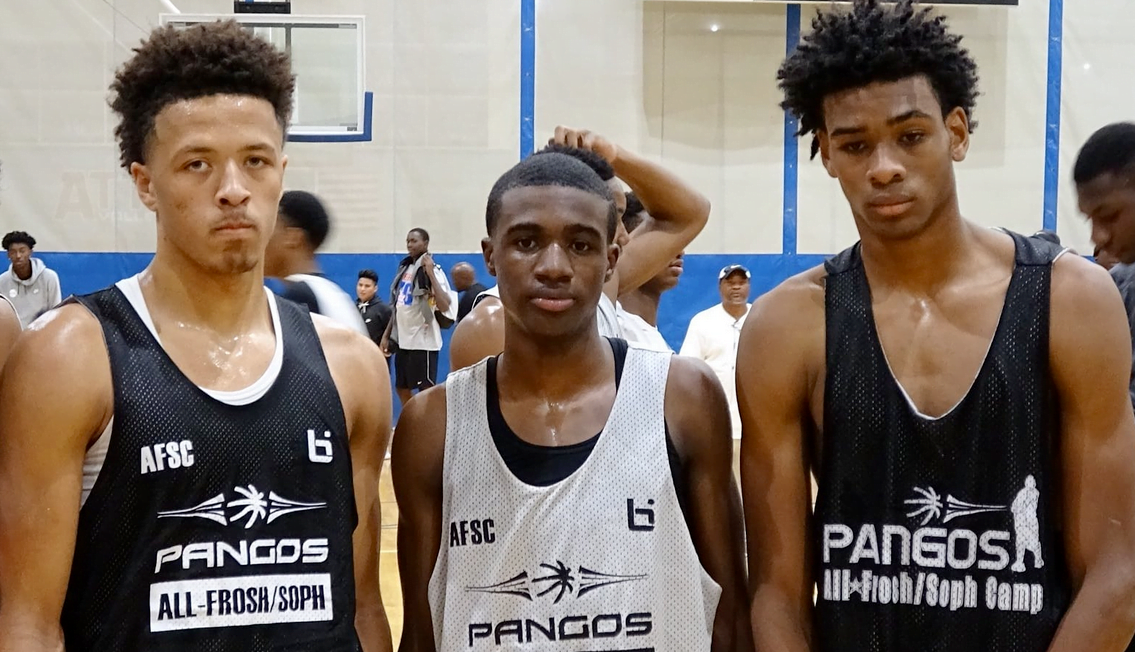 “I love watching you play. Maybe at some point in time I can convince smackback here to let you throw him some lobs, you feel me? You know what I’m saying?”

In an Instagram Live over the weekend, those were the words that came out of the mouth of the father of Greg Brown — a five-star Class of 2020 power forward — when talking with OSU five-star signee Cade Cunningham. And he wasn’t done.

“Believe it or not,” he went on, “me and you [Cade] are on the same page,” presumably referencing Cade’s efforts to get Brown to join him in Stillwater. “We gotta get dingleberry on the same page.”

Here was @OSUMBB 5🌟 signee Cade Cunningham (@CadeCunningham_) on IG live with AAU teammate and uncommitted 5🌟 Greg Brown (@gb3elite).#OkState and @thacoachmike aren’t apparently in the mix, but his dad (I believe) seems to have a player he wants his son to play with. 😂🏀👀. pic.twitter.com/t1OAh1DsX6

Whoooo mama. Brown is a big fish. The type of player that winks a certain way and clears out his own space on a roster, regardless of situation. If OSU had a chance to take him he’d be an auto-take. He was, after all, Cunningham’s teammate on the Texas Titans along with OSU signees Rondel Walker and Montreal Pena.

Is a re-pairing possible? Well, JT Thor picking Auburn certainly opens up the possibility. Brown was considering Auburn, and while he’s favoring Texas, OSU certainly can’t be ruled out — especially if Boynton and the staff rack up another recruiting win on Monday night.

At the very least it sure is a fun hypothetical to try and play out. Just get a load of what he’d bring to the table if he were to re-join Cade on an OSU superteam.