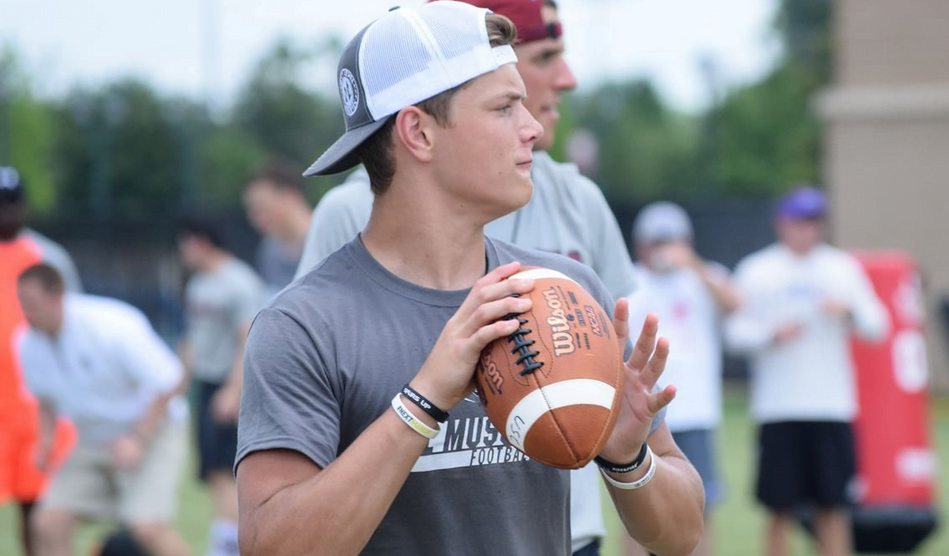 The No. 1 quarterback in the 2021 recruiting class Preston Stone, a five-star prospect from Dallas area Parish Episcopal School, announced an offer Thursday night from Oklahoma State.

The Cowboys are one of many officially in contention to land his services, along with Alabama, Auburn, Arizona State, Tennessee, Florida and others. In the Big 12, OSU joins Texas Tech, TCU, Baylor and Texas among those who have offered.

40 programs in total have extended him a scholarship.

Stone is a bonafide star. In 24 games at the varsity level, he’s racked up 7,219 yards passing and 88 touchdowns as one of the top signal-callers in the country. Here’s what 247 evaluator Mike Roach said of him last May.

Stone has a nice frame with good weight and room to grow. He shows a strong arm, and he throws with good anticipation and accuracy. He’s a strong passer inside the pocket, but he’s at his best operating outside of it. Stone shows excellent quickness, but he keeps his eyes downfield and resets his feet quickly when he decides to pass. Stone is incredibly elusive when evading the rush, and he throws well on the run. He shows a tight release and the ability to make throws at all levels of the field. Stone is a dynamic runner who could be a threat in the read-option game with his quickness, vision and natural instincts. Stone is an ideal fit for a spread offense where he can use his legs and passing ability in an RPO-style offense. [247Sports]