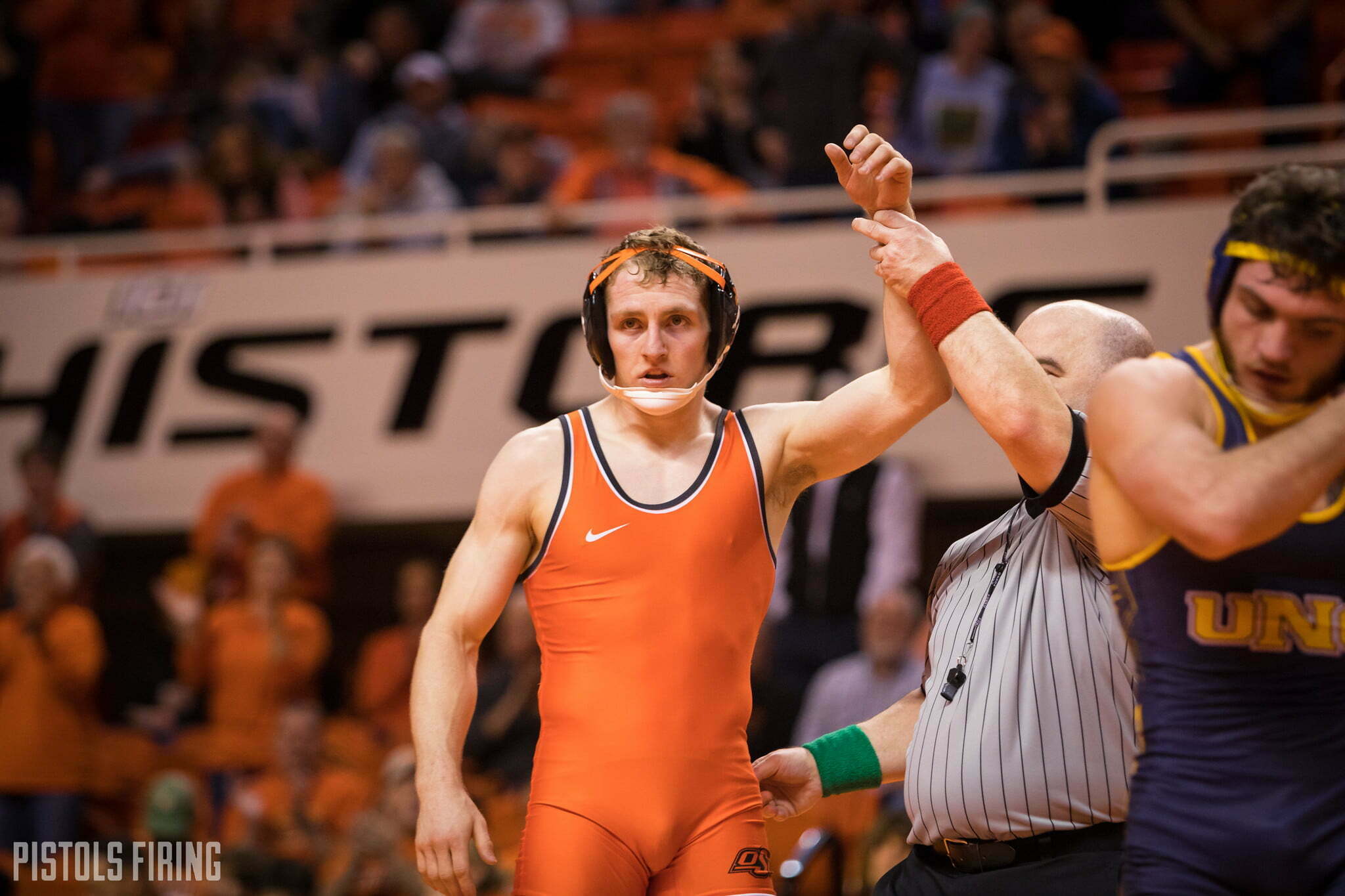 The Cowboys go on the road to wrestle Iowa State and Northern Iowa. Here are five of the biggest storylines of the weekend’s matches.

1. Freshmen Get Their Toughest Tests

Howeva, Mastrogiovanni will wrestle UNI’s Brody Teske (who is currently ranked No. 5 in the country), Dustin Plottwill see Julien Broderson and Lance Runyon who are both nationally ranked. Ferrari will still be favored in both of his matches, but has a really intriguing one with Iowa State’s Yonger Bastida who was a U23 World Medalist for Cuba.

Austin Harris has surprised almost everyone by going undefeated to this point and turning a number of heads in the wrestling world in the process, but he hasn’t seen a lot of highly ranked competition to this point. He will see two Top 10-ranked seniors this weekend. If he can knock off either one of them, he would insert himself as a problem in the heavyweight division this season.

When John Smith was asked about Kaid Brock this week, this was his response.

“We’ll discuss that a little bit more next week,” Smith said. “He won’t be travelling with us this weekend.”

Not something most Oklahoma State fans probably wanted to hear.

We’ll learn more next week, but we’ll see Dusty Hone against fifth-ranked Ian Parker for Iowa State and UNI’s Drew Bennett. Hone performed well last season but Parker will provide quite the test for him this weekend.

When speaking with John Smith this week at the media availability, it sounds like Wyatt Sheets will still be out of the duals this week and Jalin Harper will get the start again at 157. He’ll have a tough test with Iowa State’s David Carr and a winnable match vs. UNI’s Derek Holschlag. Both duals could be close, so whatever happens here might play a role in who wins the dual.

The Big 12 and Cowboy Challenge Tournament’s later in the season will be the toughest wrestling this OSU team, as a whole, will deal with before the NCAA tournament. These are probably OSU’s two toughest remaining duals this season. Both programs bested OU last week and the Sooners and Little Rock are all that remains on the schedule for the Cowboys this season.

I went on a podcast with the Des Moines Register’s Cody Goodwin to discuss the duals early this week. You can check it out here.