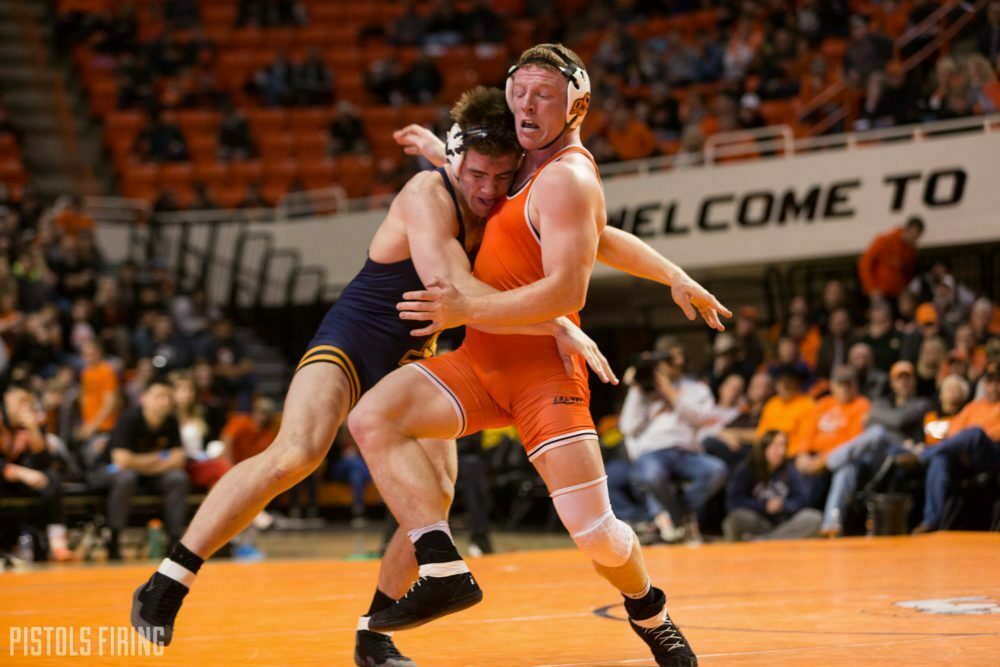 STILLWATER — No matter the year or location, Oklahoma State’s wrestling team seemingly has no struggles against West Virginia. Friday’s 29-6 victory marked the Cowboys’ 14th win in 14 tries against the Mountaineers. A crazy stat: OSU has outscored WVU 263-24 in their past seven meetings. Here are five takeaways from the dual.

1. Smith’s standards are higher than most

We all know what coach John Smith wants to see out of his wrestlers: bonus points. Yet, the names you’d expect to reach those numbers weren’t able to do so Friday. Despite having the higher-ranked wrestler in eight matches, Boo Lewallen and Jonce Blaylock were the only Cowboys to record bonus points.

I already mentioned Lewallen’s and Blaylock’s bonus-point victories. But those are even bigger when considering the results of their previous few matches.

Lewallen, ranked 15th nationally, had lost two in a row and three of his past four before defeating Kyler Rea, 12-4. Blaylock dropped three consecutive matches by a combined 24-7 leading up to his 13-5 victory Friday.

3. Riding time a common strength for the Cowboys

Nine of OSU’s wrestlers emerged victorious, and eight of those victories came with an additional point because of riding time. Each of the major decisions were eight-point victories, which proves why getting that extra point is so crucial (an eight-point margin is needed for a major decision.)

Smith wants to see more points scored, but it’s reassuring to see so many wrestlers dominate their opponents on top.

Chandler Rogers, OSU’s starter at 165, missed Friday’s dual with what appears to be a right foot injury (Rogers walked out of the mat room after the dual on crutches).

Redshirt junior Dalton Moran started in his place, but had only wrestled at 157 this season. Moran’s match ended quickly when WVU’s Nick Kiussis earned a pin about one minute into the first period. Smith said Rogers would not be ready for Sunday’s dual against Kent State, adding Moran will start in his place again.

5. Weigel continues to impress after injury

It has only been five matches, but Preston Weigel looks as good as ever. The redshirt junior is 5-0 since returning from an undisclosed injury, and has been dominant in those victories. Weigel gave up a quick takedown but stormed back for a 5-2 victory. The match marked only the second time an opponent has scored on Weigel this season.

“I feel like I left off from where I ended last year,” Weigel said. “I’m right there. Just keep my head focused on what I wanna do this year. I’m definitely pushing for the title.”