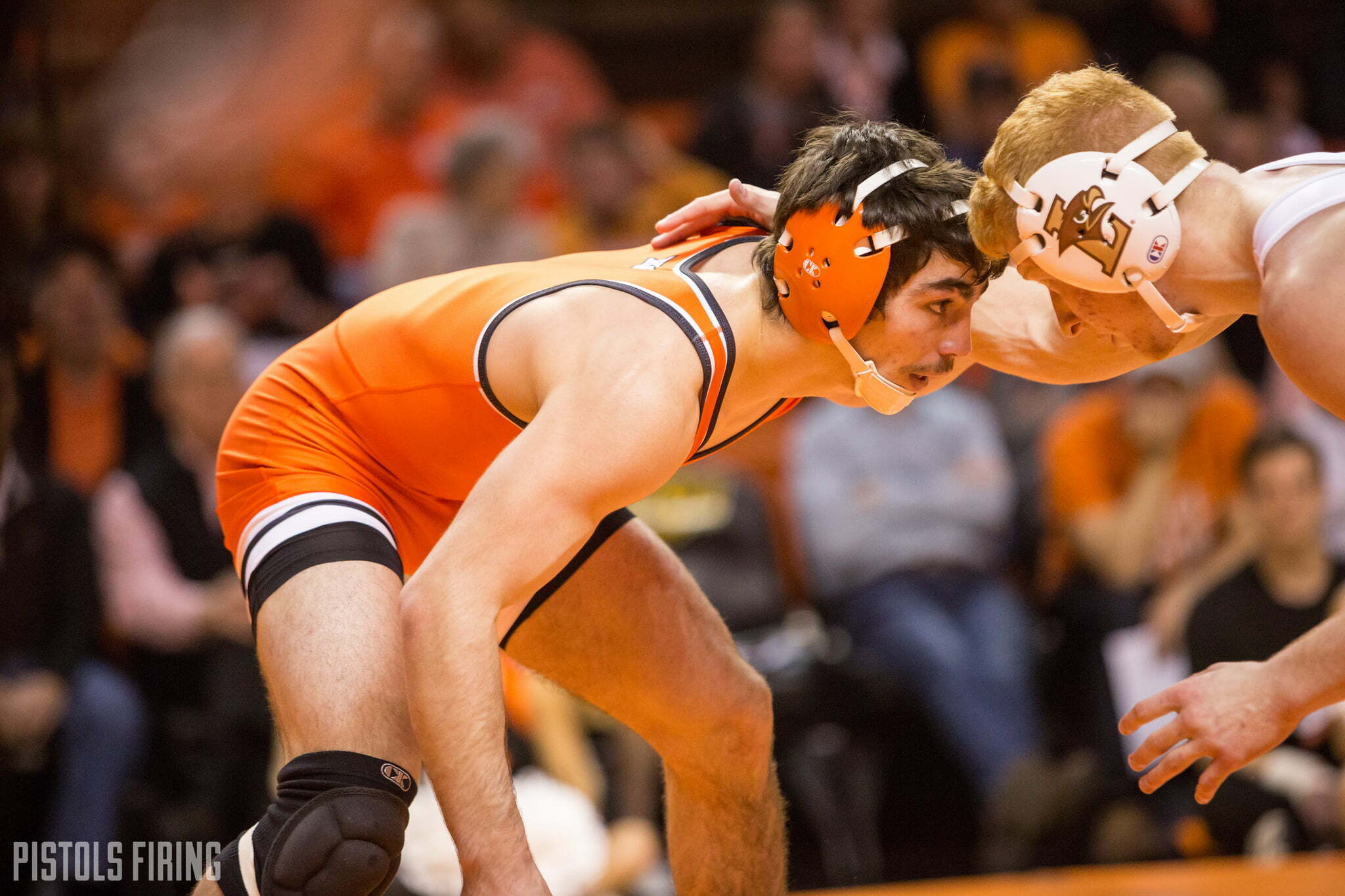 There is a ton to digest from the Cowboys’ third place finish at the NCAA tournament this weekend. On Sunday I gave my thoughts on the controversy of the Fix/Suriano match. Five thoughts/takes is probably not enough to hit on everything else. Let’s dive in and see what we can cover.

Hindsight’s always 20/20 in these scenarios and admittedly I thought the lineup John Smith came up was the best one for the team and would max out NCAA tournament points for the Cowboys. It didn’t seem to work out perfectly as All-Americans Joe and Jacobe Smith didn’t place.

The much-discussed weight change from 184-165 took place late in the season for Oklahoma State as Dakota Geer, who had been wrestling at 197 dropped to 184 after All-American Preston Weigel returned to the lineup from injury. Jacobe Smith moved from 184 to 174 and Joe Smith moved from 174 to 165, where he wrestled off with Chandler Rogers for the starting job, won it, and got the nod to start for the postseason.

My take: the lineup was the right lineup. I think the late weight cuts hurt. John Smith said throughout the season that he kept guys up to win dual meets. Ultimately I think that play to win those duals didn’t allow guys to cut the weight the right way and unfortunately hurt them in the postseason. Getting them down earlier would’ve made for a weaker dual team but also may have made for better postseason results.

2. Kaid Brock wrestled the best we’ve seen him all season

For most of the season it was looking like Kaid Brock’s jump from 133 to 141 was simply not working out. He’d lost to a number of guys he was rated higher than in the preseason and just didn’t seem to have the same fire at 141 that he had at 133. He was a bit outgunned in his match with NCAA runner up Joey McKenna and lost to Kyle Shoop after storming back from a big deficit early but really was in a pretty good place to All-American and managed to avenge a few losses in the process. The jury is probably still out on whether or not Brock is most effective at 133 or 141 but this was definitely the best we’d seen him at the new weight class.

When you look at some of the mid-season performances for these guys comparative to the performance we saw at the NCAA tournament, there was just a different vibe and spark from some of them. In Derek White’s first match with Anthony Cassar he opened up and went for takedowns, which won him the match in the Southern Scuffle final. Kaden Gfeller all season, with the exception of a few matches, was incredibly aggressive. And Jacobe Smith’s performance at the Big 12 tournament had many thinking he was a dark horse to finish really high at 174. They just didn’t seem to have that same fire here.

Was it the big stage? John Smith mentioned in the quarterfinal round that he felt White wrestled tight and that he felt the pressure of becoming an All-American for the first time may have played a role. Kaden Gfeller was wrestling in his first ever NCAA tournament which certainly could throw a young wrestler off. There have also been rumors of injuries to some of these guys that have been circling in the last few weeks of the season that may have played a role. Nothing official on that front has been mentioned by the staff.

4. Next years lineup is really intriguing to think about

I won’t dig into it all here, I think it probably deserves a full write-up looking at all the ways it could play out. But when you think about a decent chunk of the upper half of the Oklahoma State lineup graduating, the potential that Daton Fix takes an Olympic redshirt, Boo Lewallen’s health, wrestlers coming off redshirts, and a number of other factors, there is a lot to digest after Jacobe Smith, Preston Weigel, and Derek White finished their careers as Cowboys on Saturday.

5. On the hands to the face challenge in the Fix/Suriano final

I gave some thoughts on the final the other day and one thing I didn’t bring up but a commenter did mention was the challenge for a hands to the face call that the staff made early in the match. I would say I really don’t think it was truly a deciding factor in the match, but it’s hard not to feel like it may have impacted the decision on the headgear grab review for several reasons.

2. It just came off like the staff were fishing for a call that wasn’t there. The headgear grab was definitely a headgear grab. The hands to the face definitely wasn’t anything, so it just seems like in the moment it could really hurt the validity of the headgear pull claim, which was legitimate, when you challenge another call and there’s really nothing there.

If the refs did sort of subliminally factor that challenge into their decision, is that wrong and horrible officiating? Without a doubt. But it’s also something that “may” have happened.