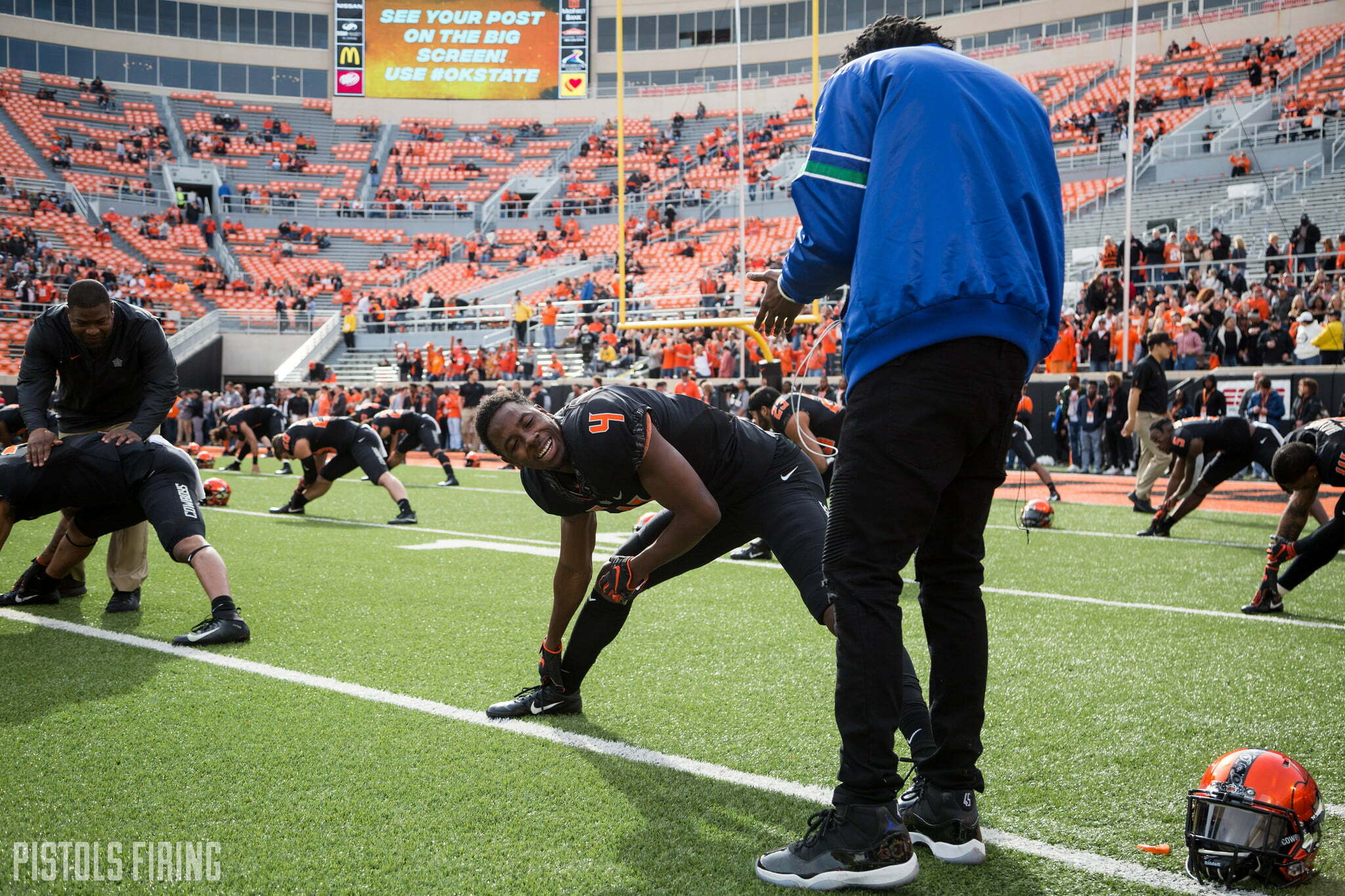 As Oklahoma State preps for its 2018 Liberty Bowl game with Missouri, I started thinking about what I’d like to see on Monday in Memphis. Bowl games are always a unique experience. They almost completely exist in their own category apart from the regular season, spring ball, summer workouts and fall camp. Because of that we probably blow them up into something they’re not.

But they also serve as the official bridge from one season to the next. Because of that it’s hard to not read too much into them (see: 2016). This year will be slightly different because of the veterans not playing (Larry Williams, J.D. King and Justice Hill) and the reality that QB1 will look different in seven days, seven weeks and seven months than it does right now.

Regardless, here are five things I’d like to see from the Pokes when they tee it up against Mizzou on Monday for one final tilt in 2018.

I feel pretty confident we’re going to see Jahmyl Jeter and a lot less confident that we’re going to see C.J. Moore, but I hope both of them get playing time. Spencer Sanders and Dru Brown aren’t going to get snaps barring Corn going down, and that’s fine I guess — I don’t know what a few snaps in December is really going to do for them come next September — but I hope Mike & Mike pick their spots and we get to see a future offense that could be just as exciting as it’s always been (if not more so).

Corn’s legacy is complicated — two top 10s and a 3-6 Big 12 record will do that to you — so for his sake I’d like to see 450 and five TDs and some more late-game heroics. I’m way past the “what a dude, he stayed in Stillwater when he could have gone to Tallahassee or Tuscaloosa!” nonsense from national broadcasts, but for him personally a bowl game win over yet another top 25 team would be a nice cap to a sometimes great, sometimes bad, but always bizarre 2018.

The good news for OSU’s defense is that they’ve often played their best against the best QBs they’ve faced (I’m thinking second half shows against WVU and OU). Drew Lock might be the best one of them all, and I’d love to see OSU break out of its three-turnovers-in-six-games slump and grab multiple picks to avenge that 2013 Cotton Bowl game. While we’re here, how insane was the fourth quarter of that 2013 Cotton Bowl game?! Forty-one points in the last 15 minutes!

But seriously, there’s less to lose than any game all year. You’re a TD dog to a Mizzou team Mike Gundy thinks is a top 10 squad, and you’re playing for a Liberty Bowl ring. Fiddle with the joysticks a little. Pick some of the plays in the playbook you might have blinked at when you were up just a TD at Baylor or down early to Texas Tech. Give us a moment or two.

Carson said this on our pod on Wednesday, but this game feels important, even if it isn’t. If OSU goes out and beats Mizzou 45-31 with a couple hundy from Chuba Hubbard and three TDs from Tylan then the offseason is going to look and sound a lot different than if the Pokes get thumped.

Bowl wins like this one are about as valuable in a vacuum as the banners you get to hang in your practice facility. But for a program that has experienced frustration and futility at the level which OSU has experienced it over the last four months, a cleansing of the palate in the form of a great win over a good team should help usher in the Spencer Sanders Era.