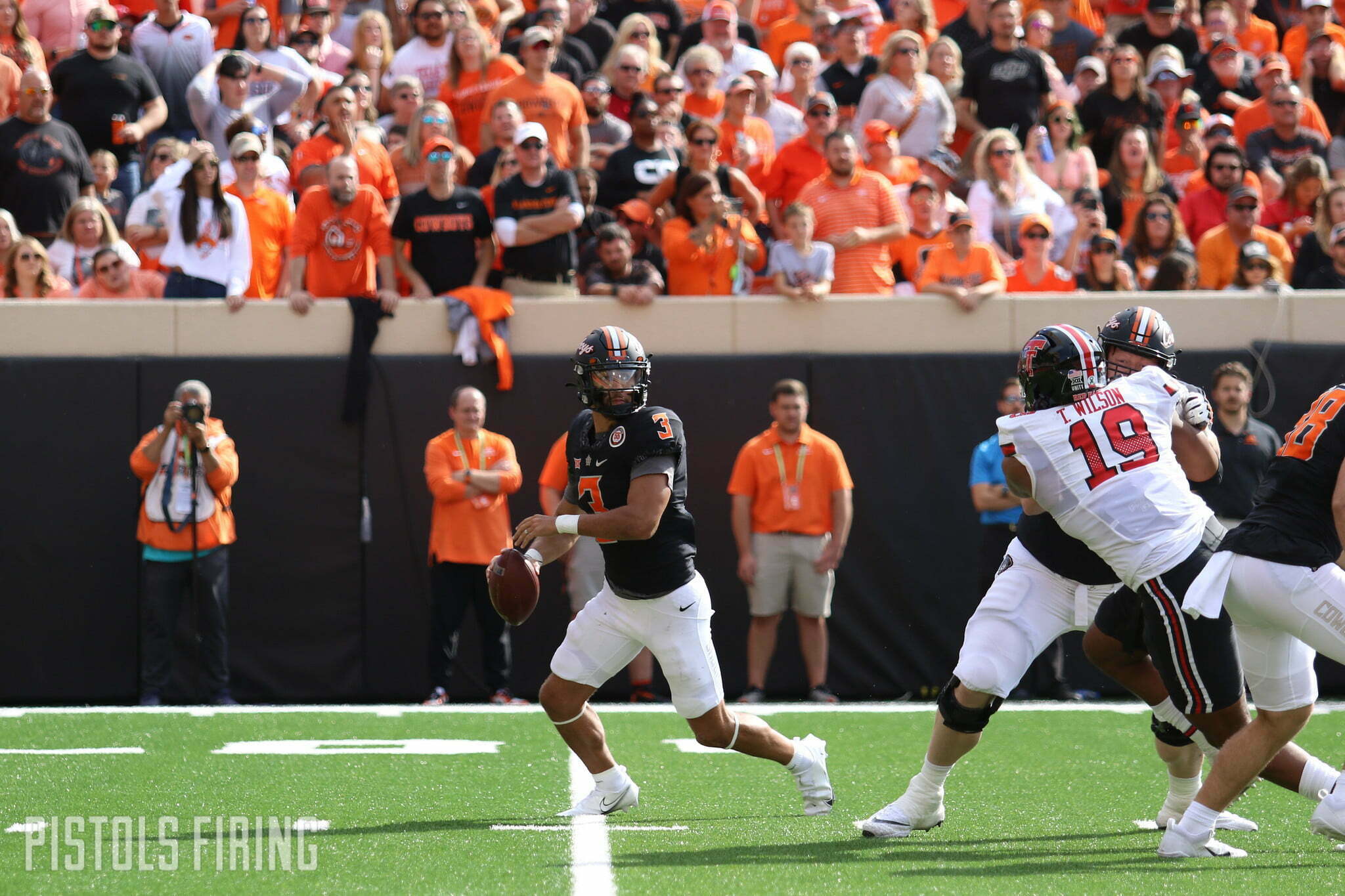 How OSU will respond on Saturday in The Sunflower State — seven days after suffering its worst loss of the Mike Gundy era in the state in a stunner to Kansas State — is maybe the defining question of the Big 12 entering this weekend. Can OSU shake off its 48-0 loss? Will the coaching staff make some fixes? Is it possible for the players to get this thing back on track?

Many, many questions with many, many unknowns.

Here are five things you need to know ahead of the game.

1. OSU has won 12 straight games vs. Kansas. A win Saturday would extend the school record for consecutive wins against one opponent. The previous longest streak was an 11-game winning streak over Kansas State, which spanned from 1947-1962.

3. The biggest win of the series for OSU over Kansas came last year with a 55-3 victory. Kansas has scored 55 points just once in the all-time series, which came in 1949.

5. Mike Gundy is 13-1 coaching against Kansas in his career. The only loss came in 2007, when Kansas and Mark Mangino came to Stillwater and won 43-28. Zac Robinson threw for nearly 300 yards, and Dantrell Savage rushed for 106 yards. Dez went full Dez, posting a ridiculous 8-155-1 stat line.