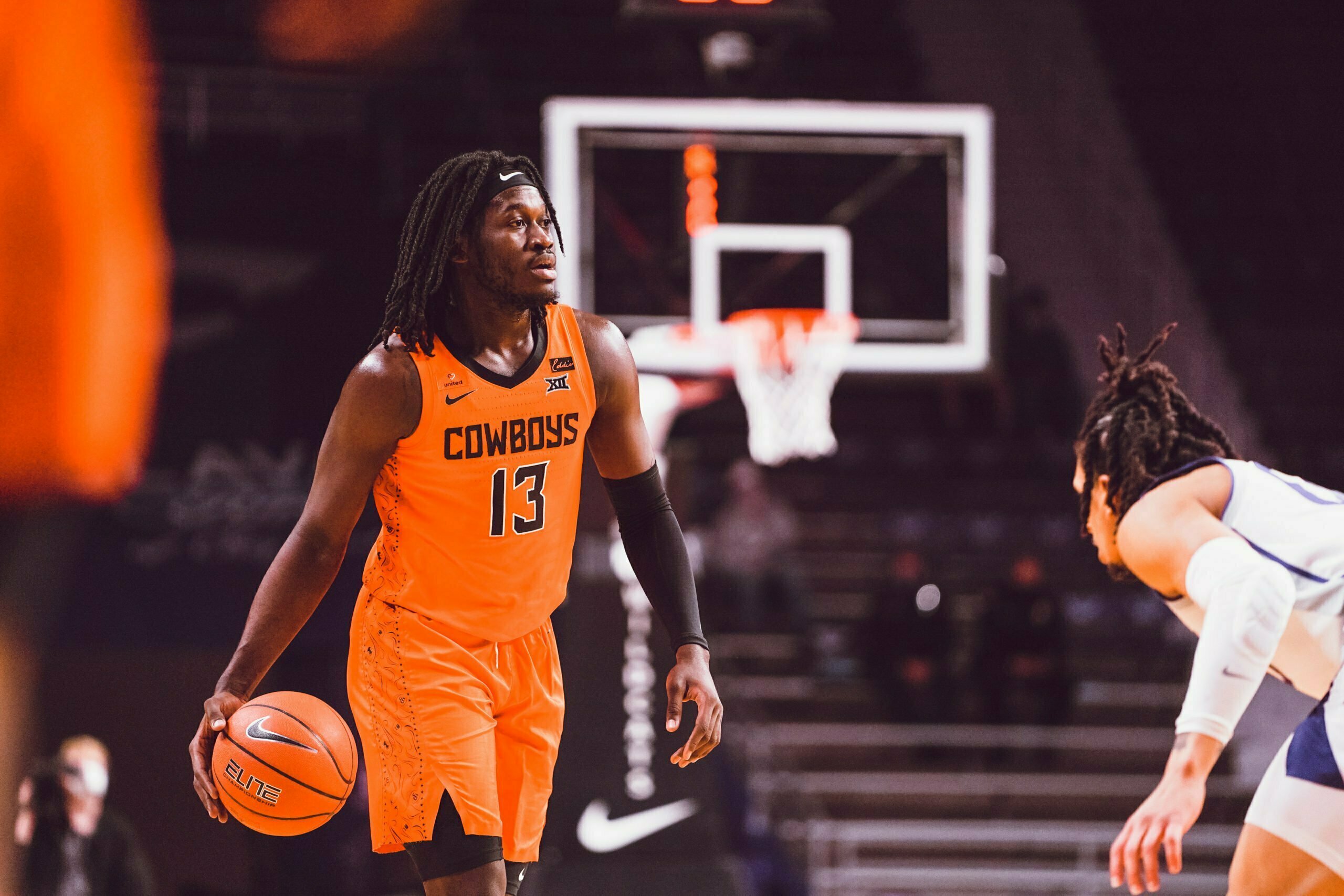 The Big 12 Tournament tips off on Wednesday with Oklahoma State getting things started against a familiar foe on Thursday morning. Here are five things to think about before the Cowboys get started in Kansas City.

For all the classic Cowboy experiences that Cade Cunningham won’t get to participate in during his lone year at OSU (a full GIA, an unencumbered cheese fry experience at Eskimo Joe’s) Cunningham will get the chance to ball out in Kansas City.

And we’ll get to experience Postseason Cade, the reason you spent all that time scrolling Twitter and refreshing our site before No. 2 committed.

The Cowboys showed they can win without him in Morgantown, which sets the bar even higher for a potential run through the conference tournament, and beyond. This should be fun.

2. Will Isaac Likekele Back to His Old Self?

With both Cunningham and Likekele expected to play, the Cowboys will be at full strength, from a roster standpoint, for the first time since they played Texas Tech on Feb. 22. But will their junior bull dozer-slash-point guard be back to his old self?

Likekele missed a pair of games due to a foot injury in mid February but he’d been playing through pain for some time before that. The Cowboys were cautious about bringing him back before a hand injury in practice landed him back on the bench.

The truth is that Likekele hasn’t looked 100 percent for a couple of months. If that extra time off his feet means he closer to vintage Ice, the Cowboys should be the best version of themselves by the start of the NCAA Tournament.

3. Can OSU Turn Down the Turnovers?

The Cowboys have been a tad too careless with the ball for much of the year, especially during the absence of one of their key ball-handlers Likekele. OSU is averaging 16 giveaways per game which leads the Big 12 and is No. 21 nationally. The Cowboys have only won the turnover battle six times this season.

On Saturday, OSU gave up 20 turnovers that resulted in 22 WVU points. As we look further into March, that’s the type of bugaboo that comes back to bite you.

With the Pokes’ pace, TOs are not going away, at least not completely, no matter who is advancing the rock. But if they can whittle down some of the unforced errors, they’ll be a much tougher out.

4. Don’t Sleep on the Mountaineers

It might be tempting to glance back at the final score from last Saturday, with the absence of Cade and Ice in mind, and take the tough Mountaineers too lightly.

Not to downplay the conference tournament but the Cowboys have bigger goals in mind, and plenty of reason to aspire to them. Which actually makes this week that much more important.

The Cowboys are in the postseason and what they accomplish in Kansas City would only boost an already strong tournament case come Sunday night when the committee inks the only bracket that matters. (ESPN’s and CBS Sports’ gurus have the Cowboys at a 4 seed.)

But an extended run through the Big 12 bracket would give a team with returning leaders and lots of young talent a nice rehearsal for something none of them have never experienced, the Big Dance.