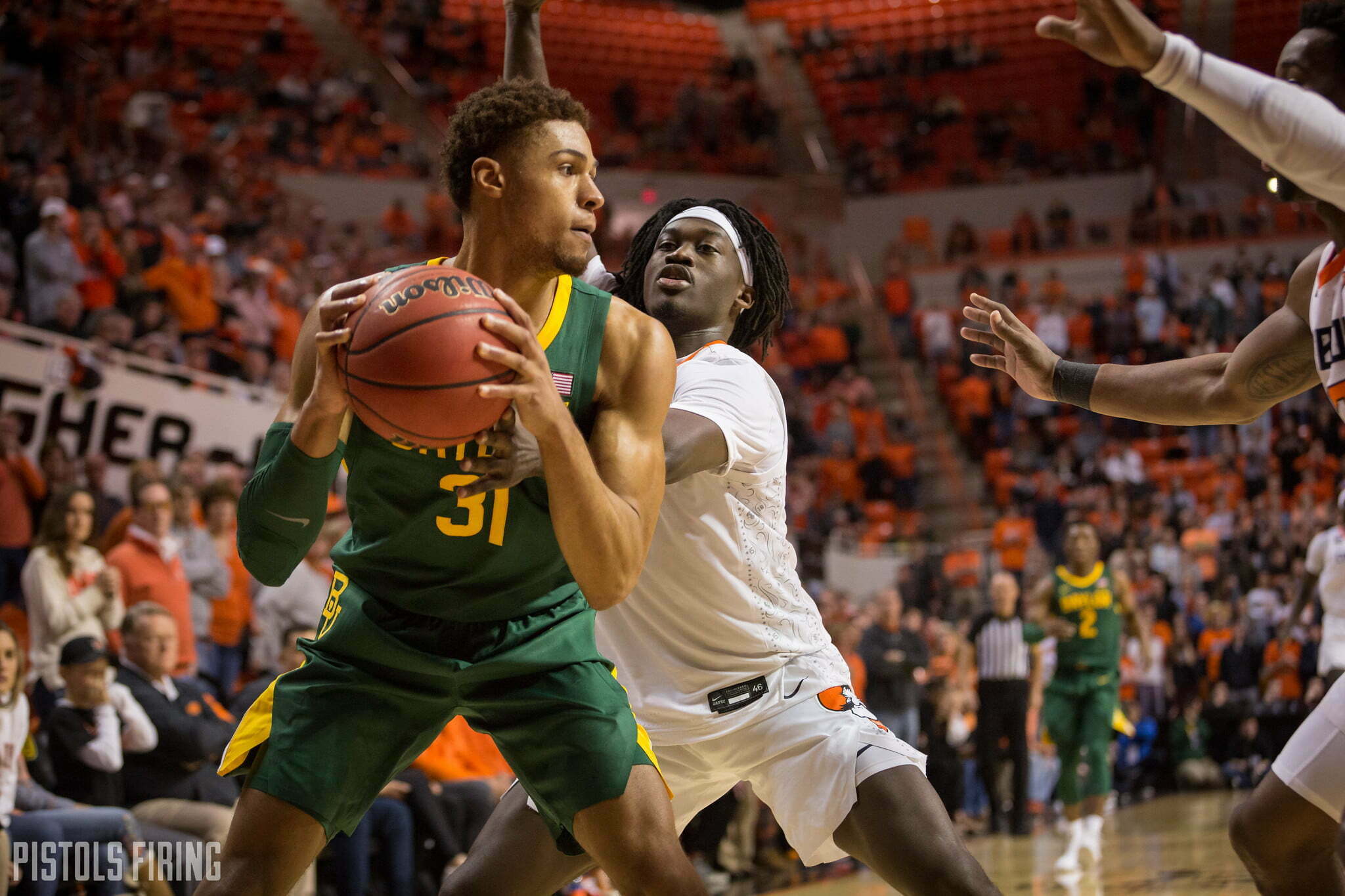 The Cowboys are set to finally return to the court this weekend, and it will be just in time for 13-0 and No. 2 Baylor to come to town. Here are five things to consider before the Pokes’ big matchup on Saturday afternoon.

1. It’s Been All Baylor of Late

The Cowboys hold an all-time edge of 59 wins over the Bears with just 31 losses, but that’s not been the story over the last decade. OSU is just 6-15 against Baylor since the start of the 2010-11 season and has lost nine of the last 10 to the Bears.

Mike Boynton’s only victory in the series was the 67-64 upset in Waco back in 2018-19 thanks to 23 points from Isaac Likekele and huge finish from Yor Anei. That OSU team stunned the Bears despite being hampered with injury. This Cowboy squad — though much deeper in talent — might come in somewhat impaired itself.

Both OSU and Baylor are coming off long layoffs. The Bears, with a more conventional break, have been off since Monday. But while Baylor should be rested, the Cowboys might be rusty.

Thanks to a positive COVID test and contact tracing, OSU will be 11 days between games and, when the Cowboys finally reconvened Thursday, they went seven days since their last practice.

“I don’t know what the impact of not being able to practice is yet,” Mike Boynton said. “The virus is one thing, but not being in your normal routine, even if you’re playing, could maybe have the effect.”

On the bright side, both both teams, though almost a week apart, might still be little juiced from their last win.

3. A Clash of the Jayhawk Killers

Thanks to Oklahoma State’s extended break, both the Cowboys and the Bears are coming over wins over Kansas. OSU will be 11 days removed from its 75-70 win over the Jayhawks in Stillwater, and Baylor topped KU this past Monday in Waco, 77-69.

That marked the first time that Kansas has lost consecutive Big 12 games since the 2012-13 season when the Rock Chalk crowd mourned a string of Ls to OSU, TCU and Oklahoma (starting with the backflip game). Kansas did lose consecutive games to Pac-12 teams Washington and Arizona State in the early goings of the 2017-18 season.

4. Baylor’s Got Dudes Too

Cade Cunningham, the Big 12’s leading scorer, grabs all the headlines for the Cowboys, but the Bears have several dudes, including a pair of heavyweights in the scoring department.

Jared Butler comes in third in the league scoring 16.7 points per game and is deadly from deep. Butler leads the league nailing triples at a clip of 46 percent. He dropped 30 on the Jayhawks while knocking down 7-of-9 from beyond the arc.

MaCio Teague is no slouch himself, averaging 15.3 per game (fifth in the conference). Cowboys fans may remember the 24 he hung on OSU in Waco last year.

5. The Bears Dig the Longball

Speaking of perimeter shooting, OSU will need to bet on a recent trend to continue if they want to keep up with the Bears. Baylor comes in ranked fourth in the nation shooting 42.6 percent from 3 while the Cowboys are 138th in 3-point defense at 32.6 percent allowed.

I wouldn’t bank on that type of outing — the Bears have only been held under 30 percent from 3 once this season — but if the Cowboys can limit the wide open shots and make use of their length on the perimeter, it should keep a couple of Bears from catching on fire.