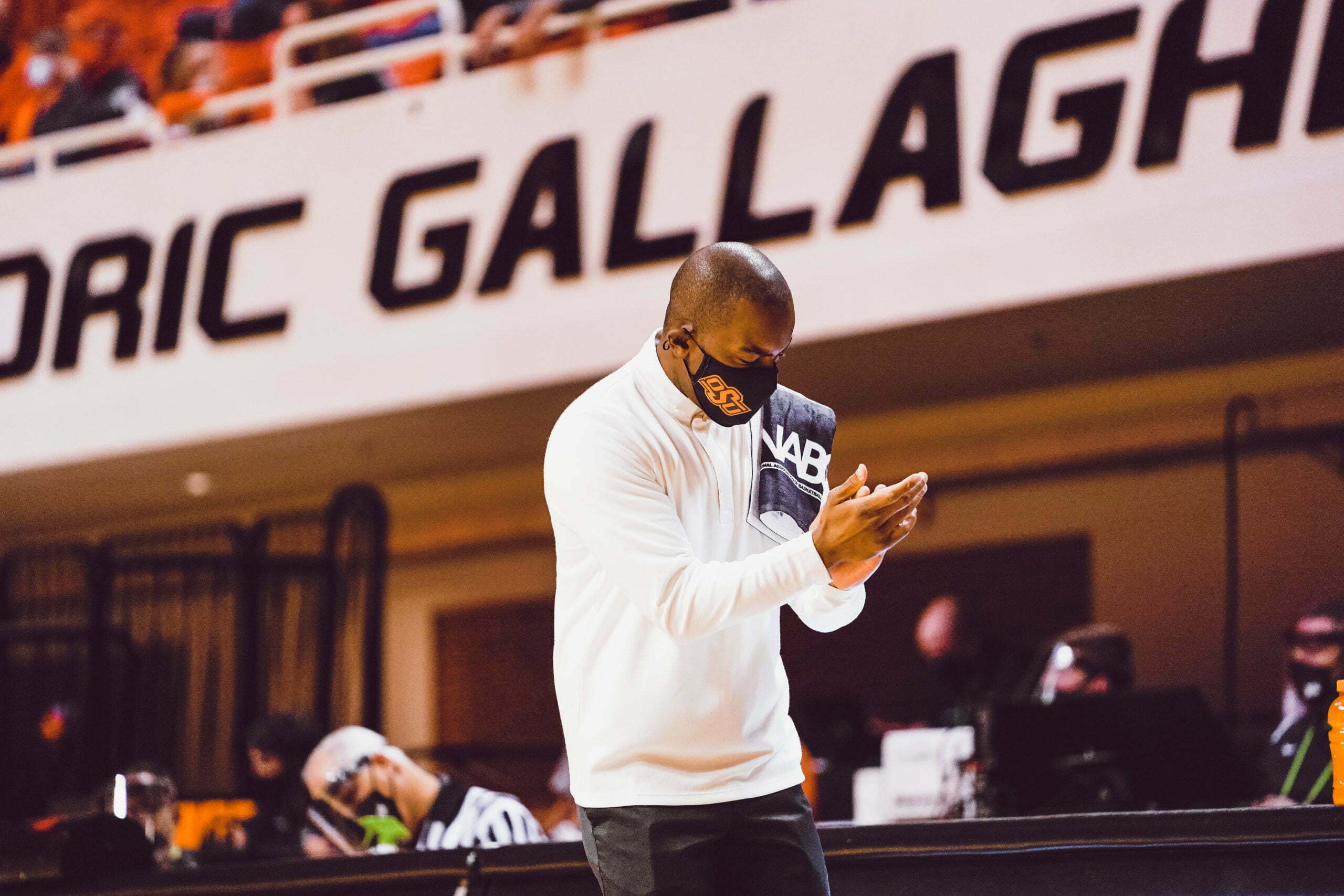 After a week, the Cowboys will return to practice.

The Oklahoma State basketball team suspended team activities last week because of a positive COVID-19 case and contact tracing. The Cowboys were able to return to practice on Friday, John Rothstein first reported the news, which PFB confirmed.

It will be the Cowboys’ first practice since last Thursday. The team will test again on Friday ahead of the game.

It’s a good sign that the Pokes will be back in practice, but they now get No. 2, unbeaten Baylor on short notice.

On Tuesday, OSU coach Mike Boynton said he has spoken with other coaches who have dealt with COVID shutdowns and said he received different responses regarding rust.

Although the Cowboys hadn’t been able to work out as a team, they were allowed to get in the gym individually. The wrestling team and women’s team being on the road this weekend helped with that process.

“We’ve got a treadmill in there,” Boynton said. “We’ve got some dumbbells in there. We’ve got a plan. We try to get on Zoom with them to talk them through some things.

“There’s a lot of challenges, but we’re dealing with the same thing that all 330 other teams in the country are dealing with. So, we’re not gonna complain. We’ll be excited to get back out there our chance to continue to have an impact on these kids’ lives.”

This might seem drastic for just one positive test, but contact tracing is much more detrimental to a basketball team that it would be to a football team. With a fraction of the players on the roster, the players are around each other more often in practices and meetings.

Boynton said he wouldn’t know how many guys he has available for Saturday’s game until the team got back on the court.

“I don’t know what the impact of not being able to practice is yet,” Boynton said. “The virus is one thing, but not being in your normal routine, even if you’re playing, could maybe have the effect.”