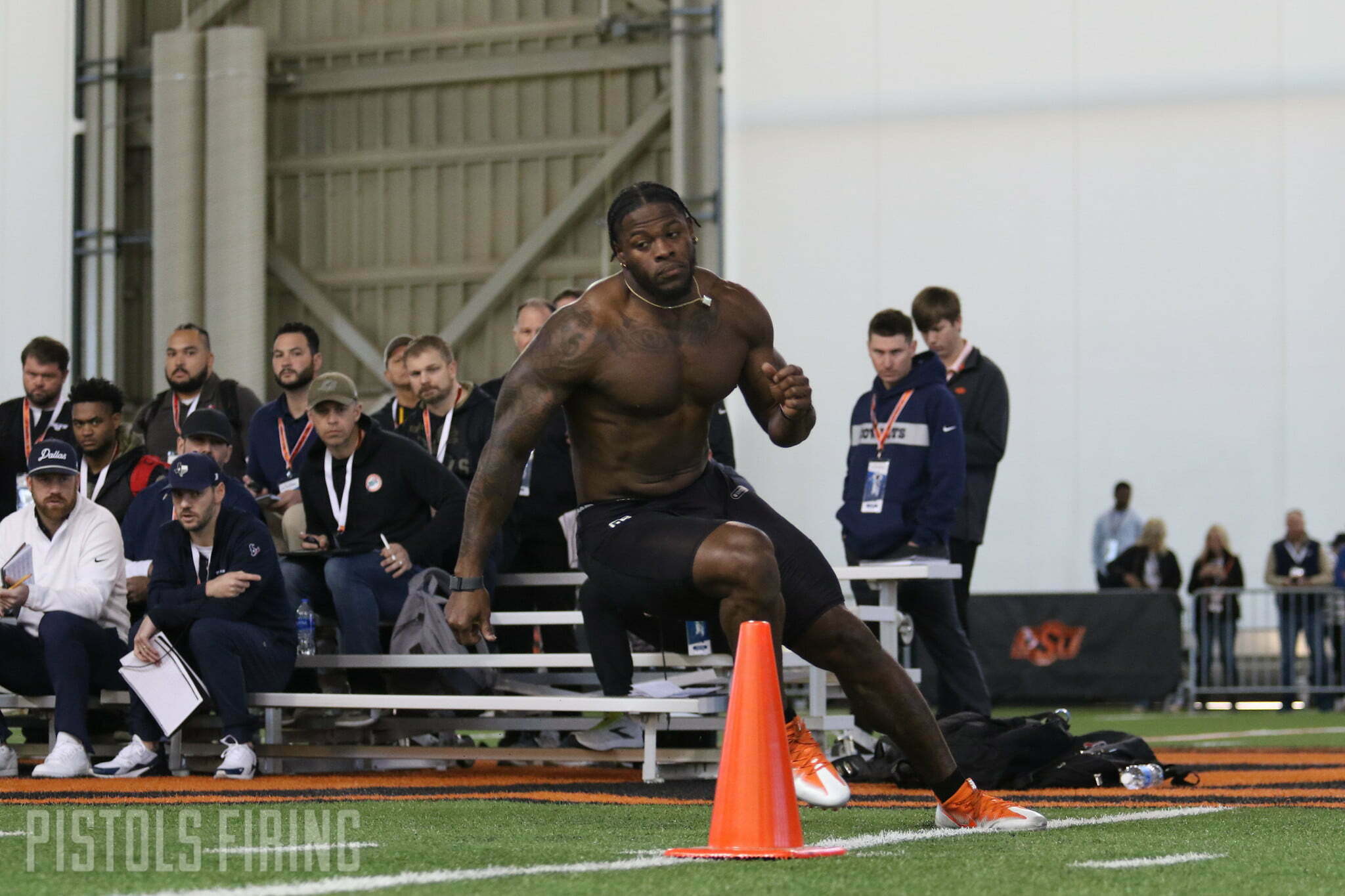 The 2022 NFL Draft has come and gone. Three Cowboys heard their names called from the podium in Vegas and a handful of others signed on as undrafted free agents.

Here are five thoughts following a long draft weekend after a couple of days to digest it.

The first Cowboy off the board came a little later than expected, but he fits nicely with the team that drafted him.

The Detroit Lions have made a concerted effort to get more athletic and fast on the defensive side of the ball in the second year under head coach Dan Campbell and defensive coordinator Aaron Glenn. Rodriguez checked both boxes with his impressive combine and pro day. Also, he’s just a dude.

The Cowboys’ draft class was not as big as expected, but there was a mini-run on linebackers, historically speaking.

The last time Oklahoma State had a linebacker drafted was about three weeks after Big Country and Randy Rutherford led the Cowboys to the Final Four in Seattle. Linc Harden was taken by the Dallas Cowboys in the fourth round of the 1995 NFL Draft.

3. Does the Big 12 have a perception problem or a talent problem?

It’s probably a bit of both.

For the second straight year, no Big 12 team had a player taken in the first round and the league finished with just 25 draft picks in total, tied for third most among conferences with the Pac-12.

The perceived talent disparity is likely to become more stark when Oklahoma and Texas leave the conference. The Sooners were boxed out of the first round but had players taken in each of the remaining rounds and tied with Alabama for fifth-most selections at seven. Texas is just tagging along in this conversation too. Like West Virginia and TCU, the Longhorns did not have a player selected in this year’s draft.

If draft picks truly correlate to talent, it’s just another feather in the cap for Mike Gundy and his ability to do more with less. Of course, that means you can do even more with more, but there’s no arguing that OSU has been elite at talent evaluation and development.

The Cowboys defense was up there with the best in college football last year and only marginally behind that impressive championship Georgia D, statistically speaking.

The two programs ranked in the Top 10 in virtually all of the major defensive categories, and the Top 5 in most of them. For my money, the best single state for effectiveness, on either side of the ball, is adjusted points per drive, brought to you by BCF Toys. The Bulldogs ranked No. 1 at 0.69 and the Cowboys ranked third at 1.25.

For their efforts, the Bulldogs set an NFL Draft record (modern era) with 15 draft picks and half of those were on the defensive side of the ball, including five Bulldog defenders taken in the first round. Conversely, the Cowboys vaunted defense saw just three selected and the first one didn’t go until pick No. 188.

Now, we’re not comparing apples to apples, exactly, but the two defenses provide an interesting juxtaposition, and will moving forward. Both had to replace star DCs and both will have a hefty amount of retooling to do this offseason.

It’s excruciating, isn’t it? It has to be for the players and their families. For those prospects who have interviewed with reps from teams and read the projections and tried to, realistically, gauge suitors’ interest, it must be a perfect cocktail of excitement, doubt, insecurity and frustration.

If you’re one of those draft hopefuls, you probably know which team or teams are the most likely to take you. So each time their pick comes up and another name is called or appears on the screen, it’s another be another blow to the ego. And if you were projected to go in the either of the first few days, I’m sure that distinctive “Pick is in” chime is probably playing in you dreams. And some never hear their names called at all.

All the caveats. It would be a great problem to have and with it, potentially, comes a rare type of life, if not opportunity. But we care about those kids, and that’s what they are. And it’s that drama that fuels you to power through a long Friday and Saturday propped in front of your TV or computer. And it’s those tear-filled reaction videos of families piled on and surrounding couches that pay off that weekend slog.