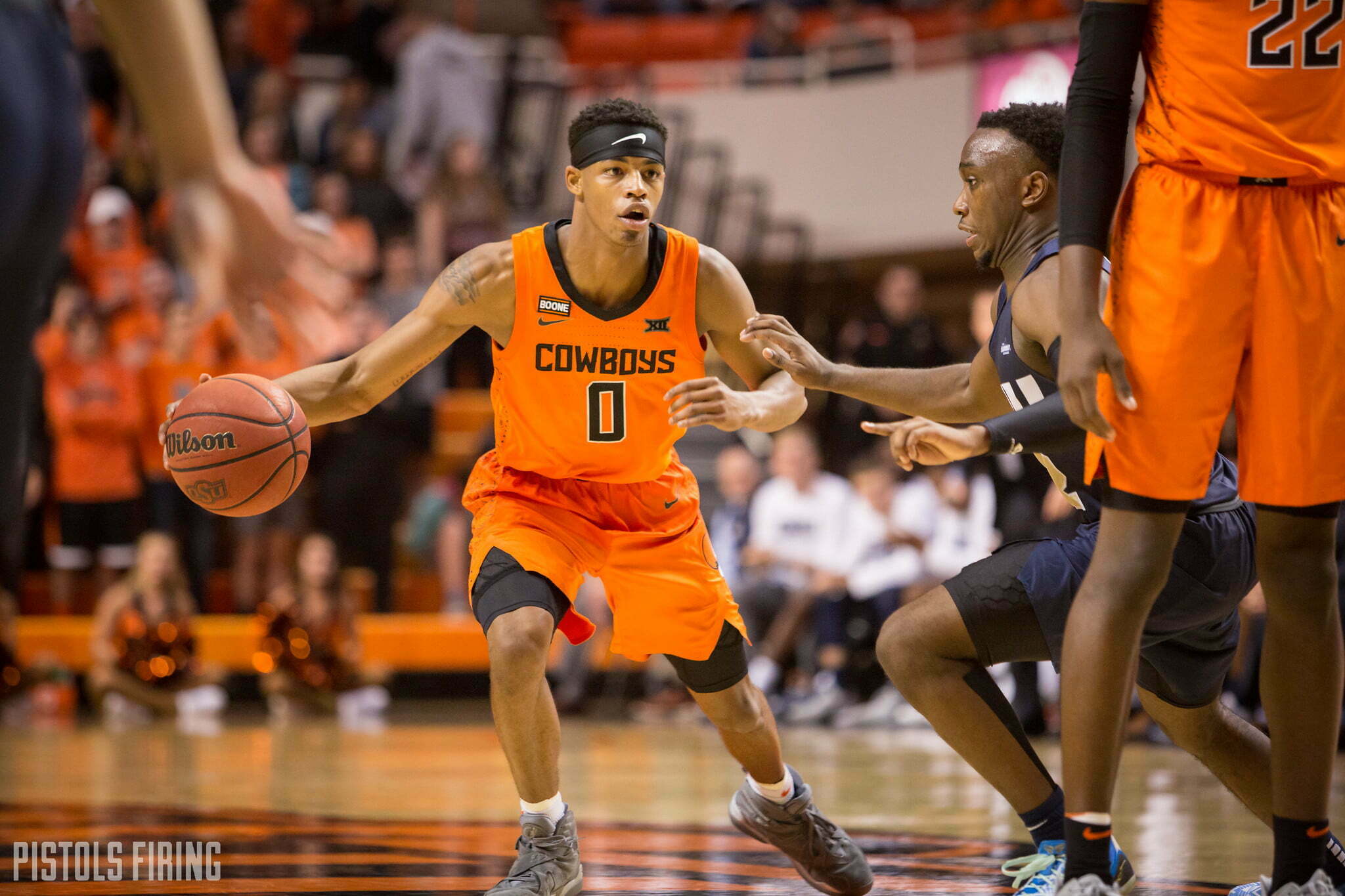 The Cowboys moved to 0-3 in Big 12 play after coming up short in Fort Worth. After an anemic first half for both offenses, TCU’s best player got going in the second half, and no one on Oklahoma State’s roster appeared equal to the task.

Let’s jump into five thoughts from the Cowboys’ latest loss.

Against a stingy West Virginia defense and minus one of its best shooters in Thomas Dziagwa, the OSU was held to just 41 points in the loss. Against a slightly less accomplish defensive squad and at full strength, the Cowboys managed just 40 points.

Basically, if the Cowboys weren’t getting out in transition they weren’t scoring. In half-court sets — if you can call them that — players stood with the ball, over-dribbled and took mostly bad or contested shots. Even with both Avery Anderson and Isaac Likekele sharing the floor together, the offense was easy to stall and stagnate.

The Cowboys have gone completely cold from deep. In the last two games OSU is 3-for-39 on 3-pointers. In his return from illness, Dziagwa and fellow long-range sharpshooter Lindy Waters each went 0-for-5 from deep and combined to go 0-for-13 from the field. You’re not going to beat many Big 12 teams if your best shooters come up empty from the field.

OSU’s freshman point guard provided a spark off the bench, scoring eight points, grabbing six boards and dishing out three assists in 28 minutes. And there was a chunk of the first half where he looked like OSU’s best player, or at least its best chance.

Anderson’s offensive output has increased since his season-high 16 against Minnesota, and it looks like the rookie is gaining confidence. The Cowboys didn’t exactly look dominant with their two-point guard lineup, but I like the idea of both Anderson and Likekele on the court at the same time.

3. The Worst Big 12 Start under Boynton

This is far from a look out the sky is falling take. But it’s at least worth noting that this is the first 0-3 Big 12 start in Boynton’s short tenure at OSU. He did start out 0-2 in each of the other two, but those were rosters with supposedly more limitations than this one.

The optimist in me would point to the fact that OSU’s three losses come to a pair of ranked teams in Texas Tech and West Virginia and a TCU squad that might join them in the top 25 pretty soon.

For the first time this season, Yor Anei came off the bench as Boynton went with Jonathan Laurent to start the game. Laurent started in place in place of Thomas Dizagwa (illness) against West Virginia.

Whether the move was to save Anei’s legs or to keep him out of foul trouble (he still drew four whistles), the Cowboys were unable to get much from their big man on the offensive end, and that’s been a disturbing trend. Yor still boasted his usual defensive prowess in the paint, blocking three shots and affecting several others.

Including his four points against TCU, Yor has now scored a total of seven in three conference games, and a lot of that has to do with the Cowboys settling for contested jump shots. Yor hasn’t even attempted more than three shots since the Minnesota game, which was one game after his 18-point outburst in Houston. OSU is 1-4 with its only win against Southeastern Louisiana in that span.

This team that I’ve watched go 0-3 in league play does not look like the type to make a fun run in March, but it’s still very early. Remember Brad Underwood’s 0-6 conference start? That team at least made the NCAA Tournament.

I’m not sure this one has the offensive firepower to do so, but there’s still plenty of basketball to play and most of its talent is still adjusting to the rigors of Big 12 basketball. Let’s just hope that they can catch up and Cowboys can figure things out before they find themselves in too deep of a hole.