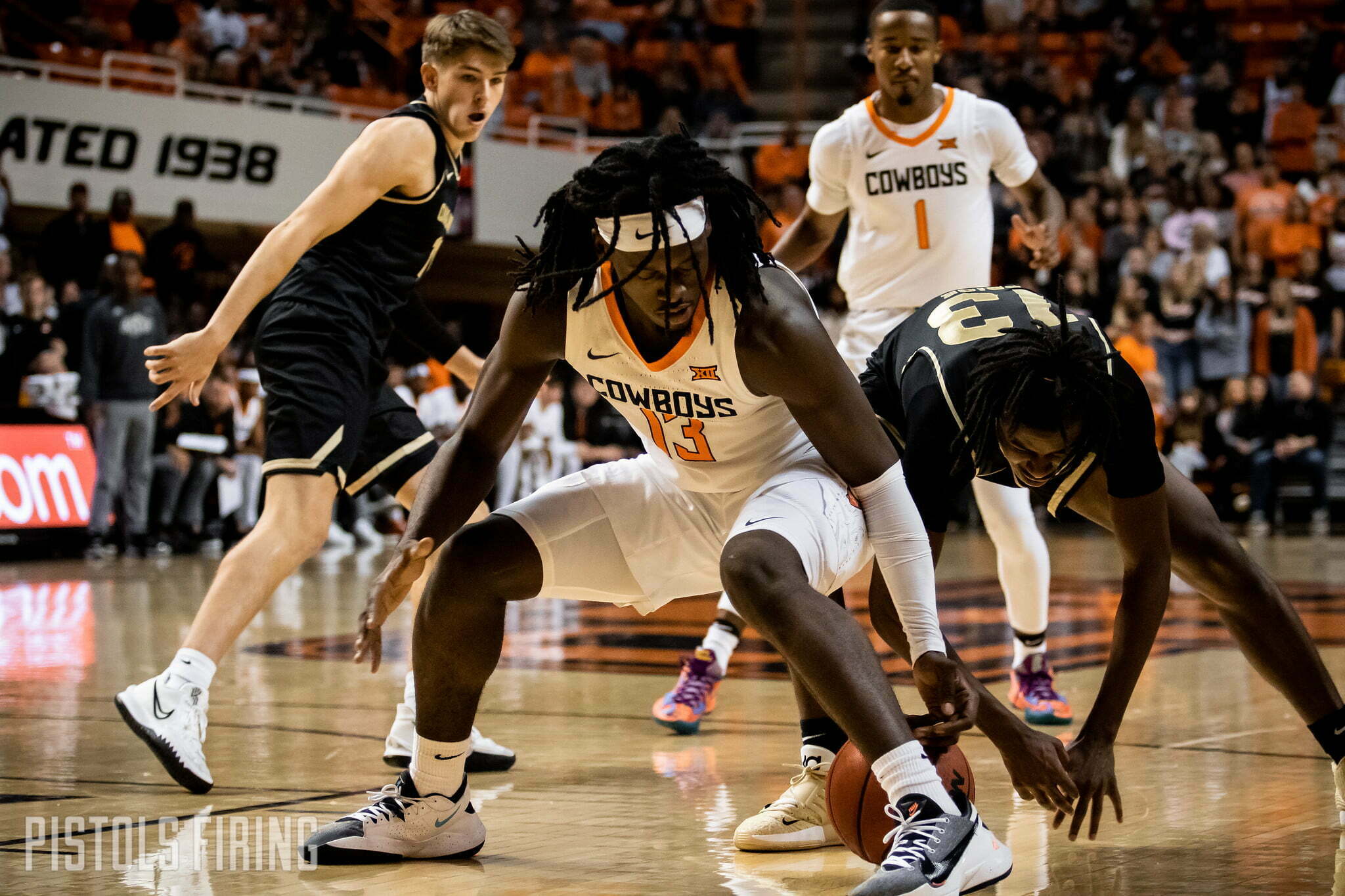 STILLWATER — Isaac Likekele said his team’s aura had been off since the pregame shootaround, and it showed.

Oakland upset Oklahoma State 56-55 on Friday night in Gallagher-Iba Arena, dropping the Cowboys to 1-1 in a season in which they are banned from the NCAA Tournament.

OSU had a chance with the ball and eight seconds to play. Likekele took the it the length of the floor, started a drive at the lane and dished to Bryce Thompson. Thompson’s 3 missed, and the Golden Grizzlies stormed Eddie Sutton Court. After the game, Likekele said he wanted to look at the film to determine if the kick-out to Thompson was the correct play or if he should’ve taken it to the hole.

The Cowboys were on the backfoot nearly from the opening tip. OSU’s largest lead was five points in the first half, but the Golden Grizzlies ended the half on a 20-7 run. OSU showed fight early in the second half, but Oakland seemingly always had an answer.

“Maybe score watching or feeling too good about Tuesday, I don’t know,” OSU coach Mike Boynton said. “There’s a number of things it could be, but none of it matters. At the end of the day, we have a job to do when we step out on that court and put these uniforms on. That’s to perform with the best effort we’re capable of and to do everything we can to preserve the legacy and tradition of Oklahoma State basketball. We failed in that regard today.

“… You can’t cheat this game. Very few people, I’ve not been around any, that can just turn it on. I think we tried that tonight, and that won’t happen again.”

Here are five thoughts on the game.

The Cowboys have seen a heavy dose of zone through their first two games of the season and in the exhibition. There are many types of zones, but Oakland’s is funky. It has been finely tuned since Oakland coach Greg Kampe took over the program in 1984 — two years after Mike Boynton was born.

The Cowboys struggled to get the ball past the free-throw line for much of the first half. Even when they did, the Golden Grizzlies had a stingy corner trap waiting on them.

One of the simplest ways to bust a zone is 3-point shooting, but the Cowboys were only 3-for-17 from 3-point range in the game.

There was an early part in the second half when the Cowboys were able to play aggressively on defense and push the ball down the floor when they got it back, not allowing Oakland to set up shop defensively. The Cowboys started the second half on a 15-4 run, but the switch eventually flipped off and a dogfight ensued.

Moussa Cisse has been dominant during his short time as a Cowboy, averaging 15.5 points, 7.5 rebounds and 3.5 blocks in the UCU exhibition and UT-Arlington game. The Golden Grizzlies made the 6-foot-10 center with a 7-6 wingspan a moot point Friday night.

Cisse had two points on four shots to go with two rebounds and a block. Some of it probably points to the zone. There weren’t many good angles to get Cisse the ball down low. His one make came off of an alley-oop lob from Isaac Likekele.

There won’t be many teams capable of taking Cisse out of games this year, so it’s immaculate that the Oakland Golden Grizzlies managed to do it.

The Cowboys were bad from 3-point range and bad from the foul line. Being decent at either would’ve changed the outcome of Friday’s game.

OSU was 3-for-17 from 3. The long ball will be a major factor in how good or bad OSU is all season — it was bad Friday night.

But it wasn’t just from deep, the Pokes shot 50% from the foul line, going 6-for-12. Poor free-throw shooting helped manufacture this upset.

4. Putting Lipstick on the Pig

This is unquestionably a bad loss for a team with the expectations OSU had this season, but Oakland will be a pretty good team this season.

The Golden Grizzlies started their season in Morgantown against West Virginia and fell 60-53 despite outrebounding the Mountaineers 48-33. Oakland had 20 offensive rebounds in that game.

All of that is to say that Oakland will be a player in the Horizon League this season. Regardless, if the Golden Grizzlies are a player in that conference or not, this is still a game a team of OSU’s stature should’ve clearly won.

5. Likekele Did All He Could

Isaac Likekele scored only two points in OSU’s season-opening victory against UT-Arlington. He took just four shots with his three misses being 3-pointers. He did, though, provide the Cowboys with six assists and five rebounds.

On Friday, Likekele was asked to do it all, and he answered the call.

Likekele has been a chameleon in his time at OSU, forming to whatever the team needs. Many tweets in the second half, in which Likekele scored 10 of his points, read “Ice is back.” I’m not sure he ever left (aside from sicknesses and injuries). He was just filling a different role.

“I don’t try to force things,” Likekele said. “I just try to see how the game is going. The flow of the game, if I need to be more aggressive and scoring. If my teammates are hitting like they were last game, share the ball a lot more. Just different things like that.”