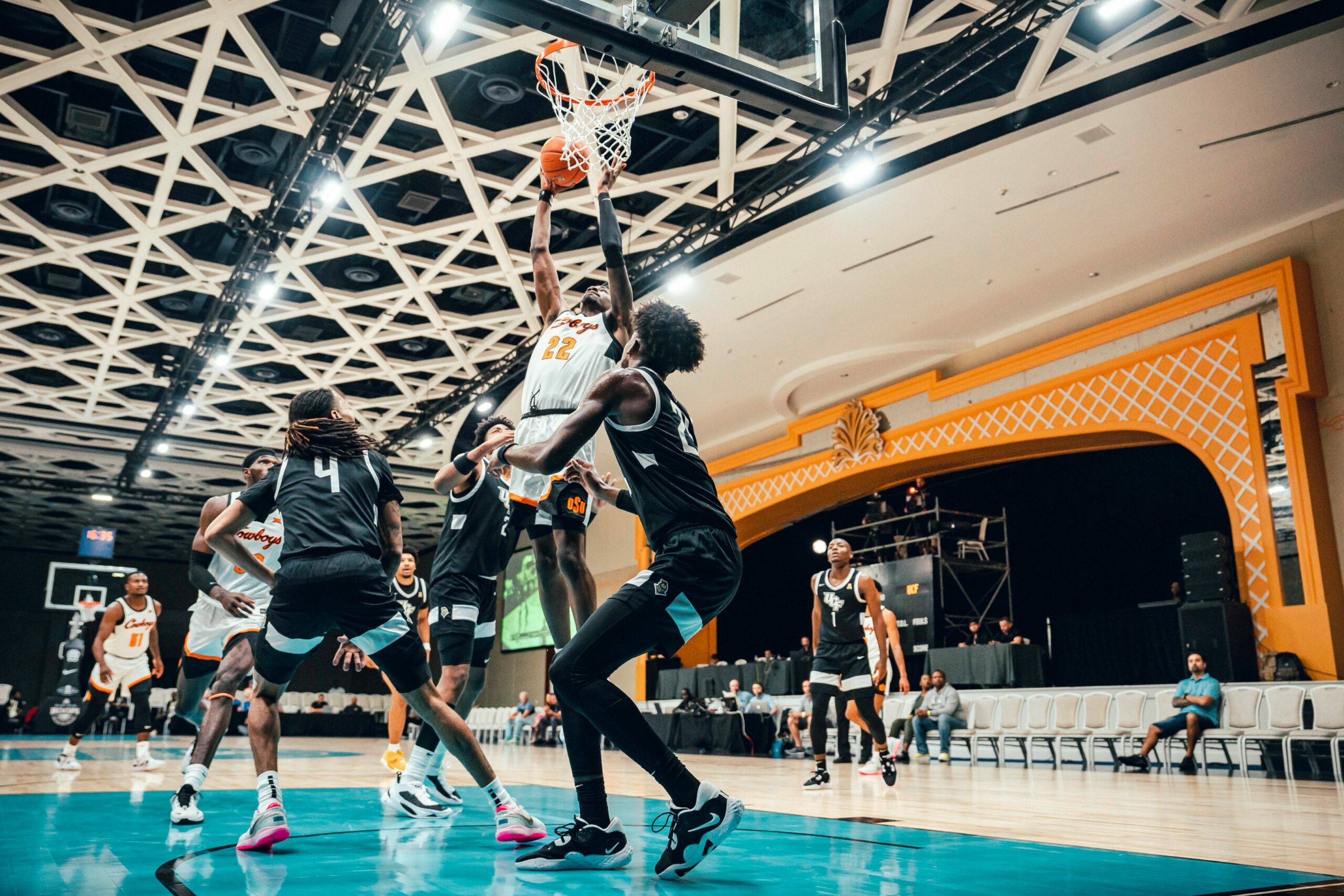 The Cowboys blew another double-digit lead on Friday night as despicable shooting left the Pokes beached in the Caribbean.

Oklahoma State fell to UCF 60-56 in overtime on Friday at the Baha Mar Hoops tournament in The Bahamas. The Cowboys started the game with smothering defense and built a 17-point lead with 6:02 to play in the first half before OSU went cold … again.

It seemed as if the Cowboys might’ve exorcised some shooting demons against Oakland on Sunday, but that must’ve just been the domestic shooting demons. Here are five thoughts from the game.

After going scorched earth in Michigan last week, the Cowboys showed up to The Bahamas and shot 29% from the field and 10% from 3-point range. Another way to look at the same stat, after going 12-for-23 from 3 against Oakland, OSU went 2-for-20 from deep against UCF.

And there are a lot of open misses there. It’s the saying, “You can lead a horse to water, but you can’t make him drink,” but with the caveat if you know he probably isn’t going to drink, should you even lead him to water? It was bad. Bad.

Avery Anderson and Bryce Thompson, two of OSU’s posterboys for the 2022-23 season, combined to shoot 2-for-16 from the field and 0-for-6 from 3-point range. Anderson still finished with 12 points thanks to him going 10-for-12 from the foul line. Both of Anderson’s free-throw misses came late.

A small glimmer of light in this world of darkness: OSU was 20-for-24 from the foul line.

This is where things hurt even more for the Cowboys, OSU played elite level defense.

The Cowboys held the Knights to 31% shooting (usually good enough to win healthily), and UCF had 21 turnovers and eight shots stuffed.

It’s the type of defense that’ll bring a tear to Eddie Sutton’s eye, but its nullified by the offense bringing tears of a different variety.

So, where does disgusting offense and stellar defense leave you?

Matt Campbell’s Cyclones rank 10th nationally in total defense … and they’re the worst team in the Big 12. The Cyclones can’t run the ball and their quarterback has thrown 13 interceptions.

I’m not sure if 3-point shooting is more comparable to rushing or interceptions, but it’s bad nonetheless.

Cisse also had six blocks and shot 67% from the field (something that happens when most of your points end with you hanging on the rim).

The 7-foot-1, athletic anomaly is now averaging a double-double on the season. He is holding up his end of the bargain, but those doinking 3s from the perimeter aren’t.

UCF got a taste of Big 12 basketball Friday, with the Knights set to join the league last season.

There was a time in that game, like when OSU led 24-7, when it looked like UCF might rather not join the deepest league in the country. Plopped right in the middle of Florida, UCF has some good recruiting ground to farm. Taylor Hendricks, a freshman from Fort Lauderdale, was UCF’s highest-rated signee ever.

So, welcome to the Big 12 UCF, a conference where you can hold a team to 60 points in overtime and still lose.