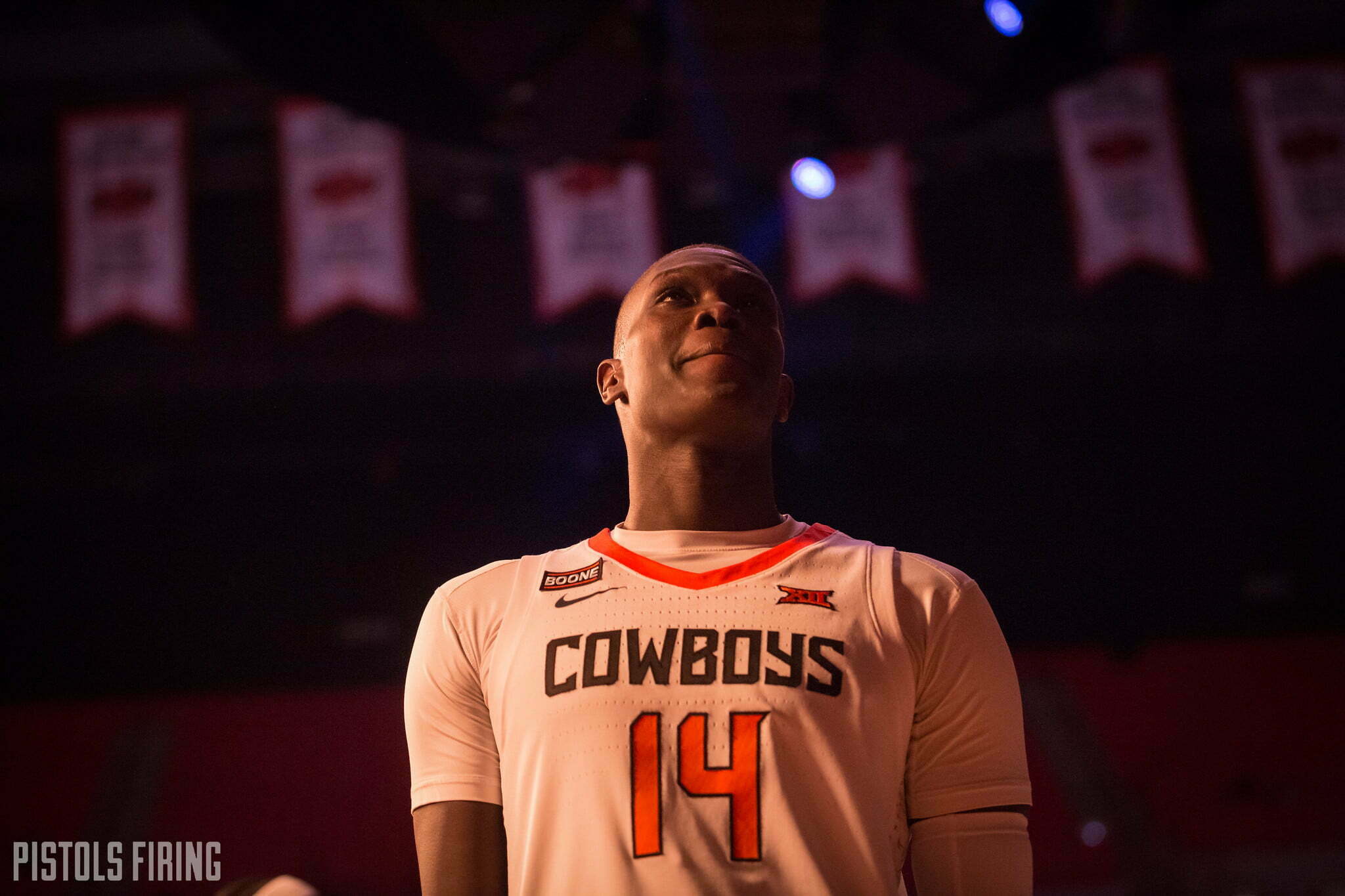 After starting the Big 12 season 0-8, the Cowboys have won two of their past three.

Oklahoma State defeated Kansas State 64-59 on Tuesday night in Manhattan. It was a real grind-it-out game for the Pokes, but a necessary win if they hope to climb out of the Big 12 basement before the conference tournament.

The Cowboys host Texas Tech on Saturday in what looks like a fun time. OSU is set to honor its 1995 Final Four team.

Here are five thoughts from the Pokes latest win.

In the game’s final 10 seconds, K-State’s Cartier Diarra missed a free throw, Lindy Waters got the rebounds but turned the ball over to Diarra then Diarra threw it out of bounds.

It wasn’t always pretty, but the Pokes will take it. There were stretches of missed jumpers after missed jumper, and Kansas State went a disgusting 12-for-22 from the free-throw line. However, the Cowboys were able to turn it on when they needed to, as they scored nine of their final 10 field goal attempts.

As much as K-State lost this game at the foul line, the Cowboys won this game on the glass. OSU outrebounded K-State 38-29.

Yor Anei was a perfect 6-for-6 from the field Tuesday night, and this was one of his shots:

His Baylor foul-out aside, Anei has put together a few solid games lately. Anei has scored in double figures in 10 games this season. OSU is 10-0 in those games.

Tuesday night, Anei was doing it all, as you can see with his first career 3-pointer. He was hitting jump shots, and he was pulling off post moves. He had only one block, but he affected plenty of other shot attempts. He also ripped down seven boards, the most he has had since the Texas A&M game.

OSU shot a season-low eight 3-pointers Tuesday night, another way OSU grinded to win. Only two of those shots went in, one the Anei heave.

Before this game, the fewest 3s OSU has shot in a Big 12 game this year were the 15 the Pokes put up against Texas. However, the Pokes were 20-for-35 (57 percent) with their 2-point attempts thanks to Anei and his next surprise offensive outing.

Graduate transfer Jonathan Laurent has averaged 9.5 points a game in OSU’s past four games (all Laurent starts) after the former Minuteman put up 11 on Tuesday.

Laurent was a menace around the rim often getting the ball, throwing up a pump fake, pivoting and laying the ball off the glass for a score.

He has had to adjust his game a bit since coming to Stillwater from UMass. Last season, Laurent nailed 35 3s. He has hit just eight this season and undoubtedly been at his best when attacking the offensive glass.

Laurent did, though, miss a pair of late free throws Tuesday, and he was the only Poke negative in the plus/minus at minus-six. But he has gotten better as the season is going and provided strong minutes as of late for Mike Boynton’s squad.

Avery Anderson didn’t play a whole lot in his first game back from a bruised lower back, but he again showed his potential.

In just four minutes, Anderson had two points, a rebound, an assist, a steal and was plus-four. He takes pride in his defense, and that led to his lone bucket against K-State.

Anderson had a contact fall out in the second half that brought him out of the game. He didn’t return.