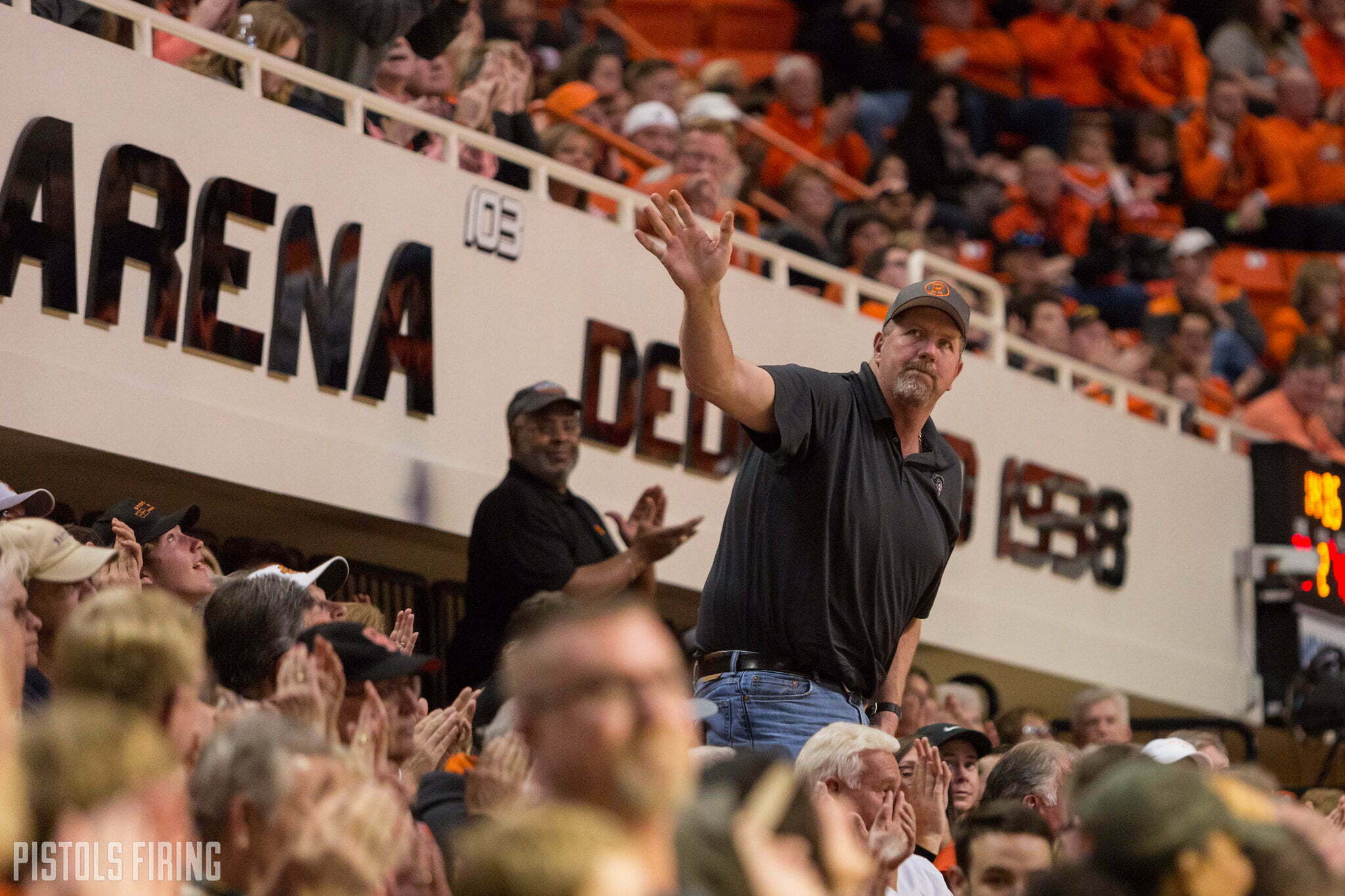 STILLWATER — It’s been about 25 years since Bryant “Big Country” Reeves shattered a backboard in Seattle as the Cowboys were prepping for their 1995 Final Four game against UCLA.

Oklahoma State will honor that historic team Saturday when the Cowboys welcome defending national runner up Texas Tech to Gallagher-Iba Arena. Eddie Sutton, Sean Sutton and former players will be honored in pregame and halftime ceremonies.

“There’s certain things that you get to do in this business that, even for me, I have a hard time still accepting that I’m leading this program,” OSU coach Mike Boynton said. “I believe in my ability to do the job, but the history of this program is great. There are very few teams as good as the team in ’95 was right here. To be able to honor those guys for achieving almost the ultimate success you can have as a player in college basketball is truly great.

“I’ve met a lot of those guys already, but to be able to tell them thanks and to be able to show our players this is where the bar is for our program and where we hope to get back to hopefully gives us an opportunity to continue to build what we’re trying to build through this process, keep trying to take it step by step. I always reflect back on, ‘This is what’s possible here.'”

The current crop of Cowboys will wear special uniforms for the game, and the first 1,995 fans in GIA will get a free shirt celebrating the 1995 Cowboys (doors open at 11 a.m.). Fans are also encouraged to dress in their favorite 90s apparel.

OSU finished the 1994-95 season 27-10 after losing to eventual champion UCLA in the Final Four. The fourth-seeded Cowboys upset Tim Duncan and No. 1 seed Wake Forest in the Sweet Sixteen, 71-66. In the Elite Eight, OSU topped second-seeded UMass and Marcus Camby 68-54.

As a kid in New York, Boynton’s first memory of OSU hoops was hearing Reeves broke a backboard.

Happy to see this @OSUMBB squad get some recognition. Hard to believe it's been 25 years #okstate #GoPokes pic.twitter.com/nnnUh1er3R

“I grew up watching the Big East and somewhat ACC, but mostly the Big East,” Boynton said. “It was really good when I was growing up. I didn’t really pay attention to basketball outside of the northeast region that much. But when the TV broadcast shows, the Final Four’s a big deal, somebody broke the backboard, it’s an unusual thing to happen. I think I remember Shaq doing it a couple times. Then I hear Big Country did it. If somebody’s gonna break the backboard, it’d be somebody named Big Country.”