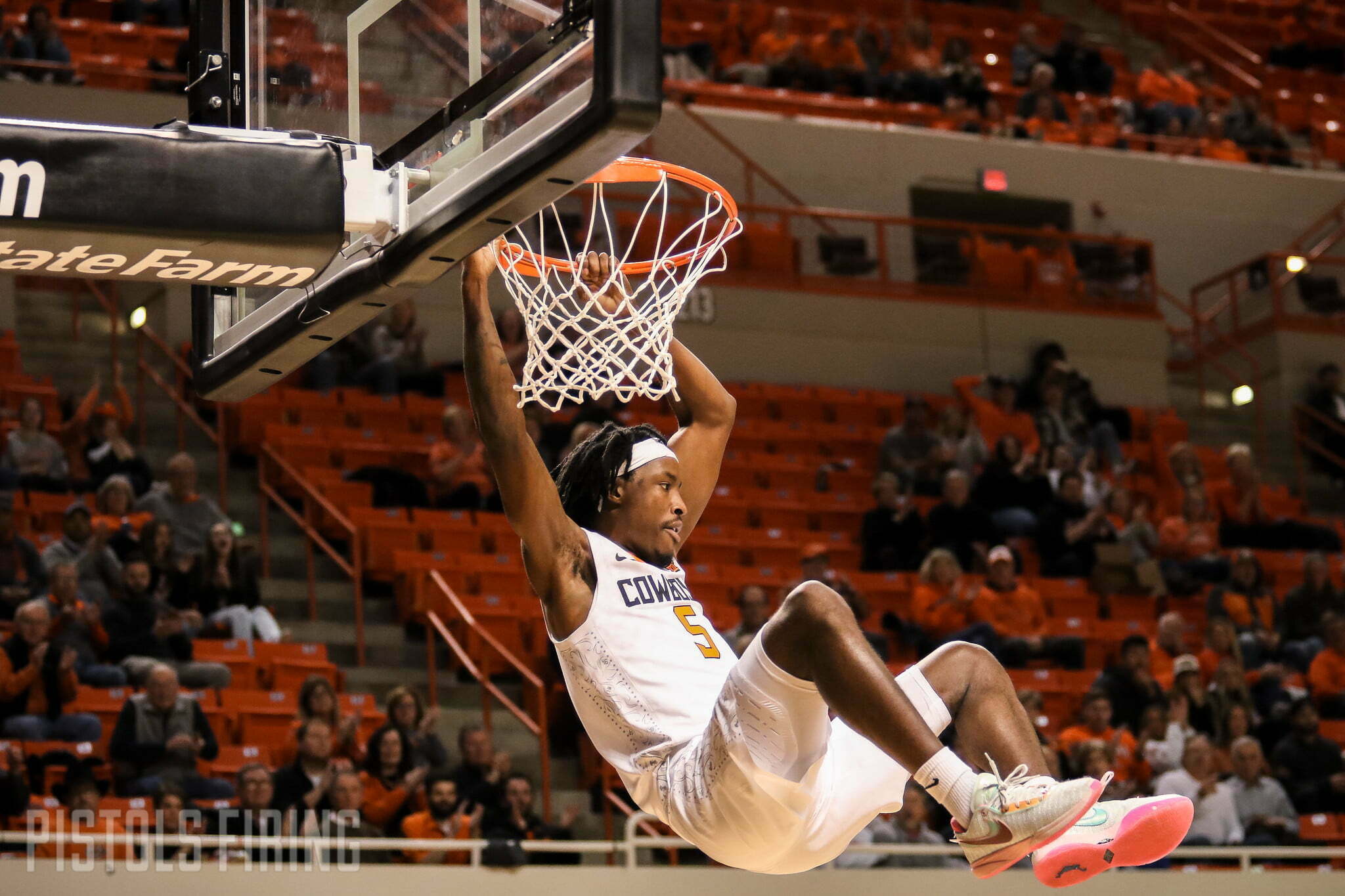 It’s still early doors in the 2022-23 college basketball season, but the Cowboys have a Quad 1 win on their resume.

Sam Houston came into this game ranked seventh in the NET (NCAA Evaluation Tool). The NET is a complicated thing to totally explain (here is its full explanation), but this is the fifth season the NET has been used to evaluate college basketball teams ahead of the NCAA Tournament, replacing RPI.

Sam Houston already had road wins over Oklahoma and Utah, with the Bearkats’ only other loss this year coming to Nevada, a team that is 7-2.

Here is a look at OSU’s standing in the NET entering this week:

Playing a Big 12 schedule will give the Cowboys a big chance to boost that resume, but they still have a chance to better their nonconference resume. Virginia Tech (who OSU plays Sunday in Brooklyn) ranks 43rd.

“It’s not often when you’re at a place like this you get a Quad 1 opportunity in December, but that’s a pretty damn good basketball team,” OSU coach Mike Boynton said. “They’re going to win a lot of games. Obviously, they’ve shown they can go in places like this and win. Thankful that our guys stuck with our gameplan and were able to come out with a win that I think will carry them for a while.”

Sam Houston came into this game averaging 82.5 points a game, which ranked in the Top 30 nationally entering Tuesday. I’m not the greatest mathematician, but 51 is quite a bit lower than 82.5. In fact, it’s the fewest points Sam Houston has scored this season.

The Bearkats also entered Tuesday shooting 48% from the field and shot only 35% against the Pokes.

And on top of OSU shutting down the Bearkats, this is the second-most points Sam Houston has given up this season.

Lastly, Sam Houston came in averaging 44.1 rebounds a game. The Bearkats had 22 rebounds against OSU.

So, it’s not just that the Cowboys beat a Top 10 team in the NET, its how they did it.

3. Bryce Thompson Does It on Both Ends

Bryce Thompson gave the Cowboys life in the first half … and on both ends of the floor.

Thompson scored 15 of his game-high 17 points in the first 20 minutes — burying four 3s in the process. Thompson’s offense has been a known quantity, but his defense has been inconsistent thus far as a college player. Tuesday, Thompson had a pair of steals and a few deflections.

He was good in rotation and played a role in OSU shutting down the Bearkats’ high-scoring offense.

“I’ve worked on it a lot,” Thompson said. “That’s something Coach Mike always emphasizes — being a great defender and the offense side will take care of itself. If you apply yourself defensively, you put yourself in position to get easy buckets.”

4. What Moussa Cisse Is Doing Is Nuts

Moussa Cisse is up to 30 blocks this season, which leads the Big 12. Oklahoma’s Tanner Groves is second in the Big 12 … with 13.

Cisse is doubling up the field. He had four stuffs Tuesday including a ridiculous pin against the glass that ended up bouncing off a prone Bearkat who was out of bounds, giving OSU possession.

“That’s something I enjoy — I enjoy blocking shots,” Cisse said. “… I don’t know if they’re gonna be able to catch up because I ain’t stopping.”

If OSU can find a way to be a tournament team, Cisse could be up for some major hardware among the nation’s top defensive players.

“I think he’s playing at a All-American level — I really do,” Boynton said. “The impact that he’s having on our defense, you just can’t good shots when he’s in there. He’s not blocking 10 or 11 of them, but guys are going in there looking for him now and not necessarily taking shots they normally would take. And then obviously the way he is rebounding the ball, gives him a chance to really make a big, big difference as we move forward to playing against Big 12 teams. In a game you win by 14 to be +20 is significant when you don’t score a lot of points.”

This isn’t the first time I’ve had a thought this season on Tyreek Smith’s dunking ability, but his dunk from Tuesday deserves a showcase.

OSU had a fast break. The ball got pushed up to Chris Harris who sent a lob Smith’s way. Poor Javion May was just trying to make a play and got absolutely jammed on.