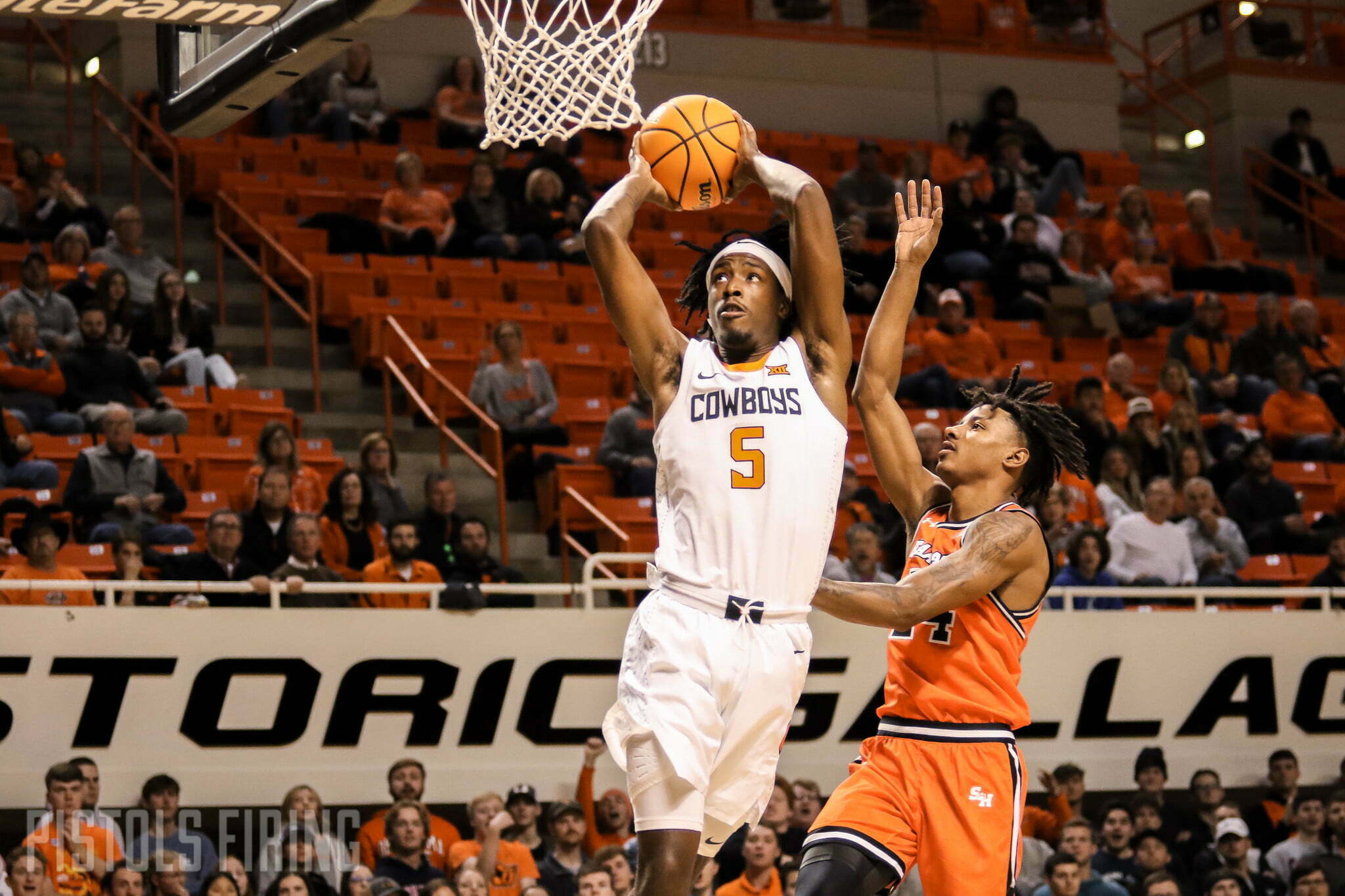 After getting in an early hole, the Cowboys’ comeback bid ran out of gas Sunday in the Big Apple.

Oklahoma State fell to Virginia Tech 70-65 at the Barclays Center in Brooklyn. OSU trailed 34-25 at halftime before roaring to a lead in the second half, but the Cowboys couldn’t maintain that high-octane play and a few turnovers down the stretch ended things. Here are five thoughts from the game.

1. There Might Not Be a More Jekyll and Hyde Team in the Country

The Cowboys had a horrendous start to this basketball game.

In the first half, the Cowboys scored only 25 points while having 10 turnovers, didn’t shoot a free throw and shot 3-for-12 from 3-point range. It was ugly.

But just when you’re ready to count them out, here come the Cowboys.

Oklahoma State roared out of the locker room, going on a 14-1 run in the early parts of the frame. The Cowboys took what was once a 12-point deficit and turned it into a 5-point lead.

The Cowboys were all over the place, running up and down the floor, diving on loose balls and hitting shots. This OSU team is at its best when it is ready to drag a team to the deep end and battle through hustle and athleticism. It’s a tough style to keep up for long stretches of time. It isn’t for everybody, but when the Pokes are able to do it, it’s inspiring.

Another example of the Cowboys’ hot-and-cold nature is their senior guard Avery Anderson. Anderson had no points and three turnovers in the first half. … Then he went off.

To start the second half, Anderson was 3-for-3 from deep and scored all of his team-high 15 points in the frame.

Like the team as a whole, ability isn’t the question; it’s consistency.

3. All Turnovers Hurt, But Especially Late Ones

The Cowboys had three turnovers in the final two minutes of Sunday’s game — spelling doom for the Pokes’ would-be comeback.

And for the most part, they were unforced and came off well-designed plays.

The first came out of a timeout with the Pokes trailing 62-60 off a set play with Avery Anderson rushing an entry pass to Kalib Boone in the post. Boone was almost open, the pass just needed to be more careful than it was.

Then trailing 63-60, Moussa Cisse had Boone flashing through the lane, but the pass was a bit high. OSU was able to corral it, but in the scramble, Caleb Asberry threw the ball away.

Then finally with 40 seconds to play down 65-60, Anderson worked a pick-and-roll but tried an ambitious wraparound pass that was stuffed and taken.

Those were only three of the 17 turnovers OSU had in the game (to Virginia Tech’s 10). The Hokies made the Pokes pay, too, scoring 19 points off those 17 turnovers.

In a team looking for consistency — especially on the offensive end — Kalib Boone has been a rock for the Pokes.

He tied Anderson’s team-high 15 points, scoring the Cowboys’ first six of the game. He also had seven rebounds and four blocks.

When the Cowboys can get the ball to Boone in the post, good things usually happen. There aren’t many offenses in 2022 built around dumping a ball to a big man and clearing out, but that seems to be the best thing for the Pokes.

The rest of the guys on the floor could help him out more from time to time, clearing off the side he is on to make it harder to double team him. But, if the offense can flow through Boone, it might open things up for the guys on the perimeter and help everyone out.

The Hokies are now 10-1. They won the ACC Tournament last season and seem like a sure-thing NCAA Tournament team here in December. So, this loss might not hurt too much come Selection Sunday, but a win here would’ve helped a whole lot. The issue is a lot of good losses don’t mean jack if they aren’t accompanied by good wins.

Now, OSU still has plenty of opportunities to better its resume (just look at the Big 12). But, man, this one would’ve been a nice one to have.