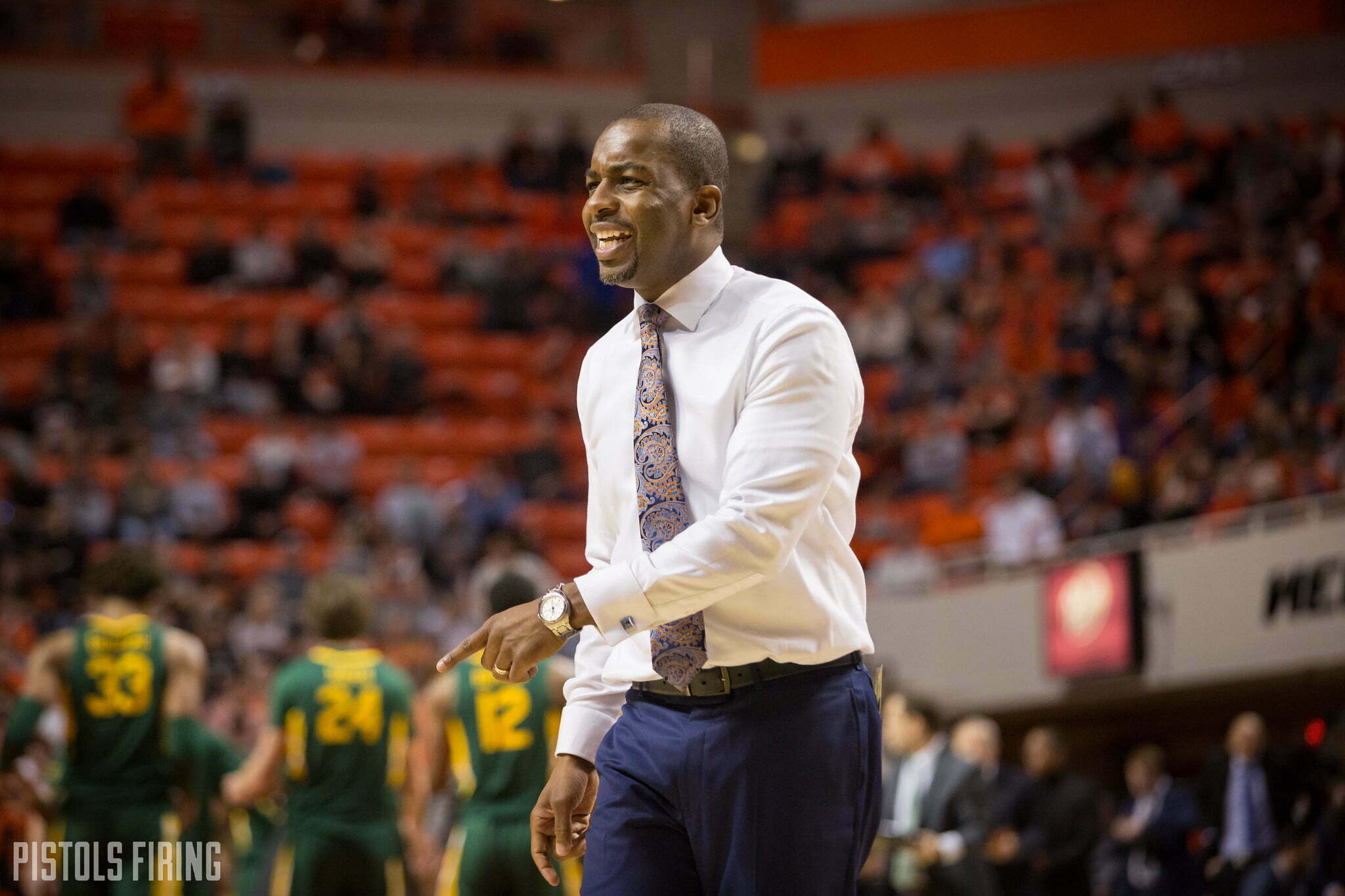 The last time Oklahoma State faced Baylor, the home team gave up a 12-point lead. This time the home team coughed up multiple leads of 12 or more. Both games were one-possession affairs with less than 20 seconds left, but both ended with the Bears on top.

The Cowboys went on the road and showed plenty of mettle by lasting to the final bell against the No. 1 team in college basketball. OSU scratched back within striking distance again and again despite foul trouble and the subsequent shrinking of its bench.

Oklahoma State moves to 1-9 in Big 12 play on Saturday night, losing to Baylor in Waco 78-70. With this latest defeat the Cowboys fall below .500 on the season. Baylor is now 10-0 in league play, tying 2008 Kansas for the second-longest win streak in Big 12 history. The last time the Bears won 10 in a row in conference play was 1948.

Let’s jump into five thoughts on a frustrating, wild and memorable 10th Big 12 game for OSU.

The Cowboys started off the worst way imaginable when you’re on the road against the No. 1 team in the country. OSU was scoreless with three turnovers and three personal fouls in the first three minutes or so. The Cowboys committed six turnovers on their first eight possessions.

Fortunately, the Bears didn’t make their second shot from the field until over four minutes into the game. The Bears would run out to a 12-point lead midway through the first, but the Cowboys never looked out of it, and never were.

Isaac Likekele, Lindy Waters, Cam McGriff and Thomas Dziagwa all scored in double digits. The Cowboys’ veterans chipped away at lead after lead. The Bears would pull away again and again, but the Cowboys kept finding a way to make it a game.

There are no such things as moral victories, but I’ll award the wayward and weathered Pokes a moral draw. When you look over these nine Big 12 losses, there are probably three or four that could have gone either way and several others that were closer than the final score indicated. There are always a games in which the ball doesn’t bounce your way in every season, but I can’t remember any bounce OSU’s way in 2020.

Oklahoma State outshot Baylor from the field and at least matched the Bears’ poor perimeter shooting (each team shot 29 and 31 percent, respectively). And the visiting Cowboys won the battle of the boards (38-30) and held the edge in second-chance points (22-13).

But when you are forever playing catch-up — and are the less-talented team — you can’t afford to get into the foul trouble the Cowboys did and you can’t afford those aforementioned turnovers to put yourself in that hole.

I didn’t agree with all of those whistles (an understatement we will get to shortly) but there are plenty of ill-advised transgressions to lay at the Cowboys’ feet. Yor Anei, Cam McGriff and Kalib Boone each had a pair of fouls before we reached the 12-minute mark in the first half.

That would come back to bite them late as McGriff and Anei both were disqualified from the game in less than a minute’s time leaving the Pokes without both bigs for the final four minutes of the game still down 5. Then Boone fouled out with just over two minutes left and Jonathan Laurent would be out in the waning seconds.

When you look at the free throw and foul disparity, it’s easy to come away upset if you’re an OSU fan. The Cowboys took 11 fewer free ones (12 feer in the second half) and were whistled for 11 more fouls (10 more in the second).

But in real time I didn’t catch a whiff of home cooking. The refs were quick to the whistle but it seemed to go both ways. In fact a pair of 50-50 calls went the Pokes’ way late, even with a couple reviewed calls were overturned to their benefit.

Had the ref let this one play out, the Cowboys would have been down two with a minute to go. There could even have been a case made for an and-1 in Likekele’s favor.

This was about more than just a single questionable call.

After the aforementioned foul on his starting point guard — and after a pair of missed free throws by Likekele put the game just out of reach for the Cowboys — Boynton finally had a chance to vent to the officials. And boy did he vent.

Hands clapping with some pointed and colorful discourse toward the men in stripes, Boynton relieved some of the pressure that only comes from a 1-9 Big 12 start.

He got his point across but it would cost him a pair of technical fouls and send him to the tunnel with nine ticks still left on the clock. But before exiting, he had the class to congratulate Scott Drew and shake the hand of every coach and player on Baylor’s bench before being escorted out.

#Baylor’s Scott Drew on Mike Boynton doubling back to shake his hand after being ejected: “First, Mike is class. He was the first to send all the #Big12MBB coaches a good luck text before the #Big12SECChallenge.”

Boynton’s earned his fair share of criticism over the last month-plus, but this was a classy move. I can certainly understand the frustration of that late-game situation — and a 2020 that has probably been as baffling as it has been disheartening for him. I don’t know that I could handle it any better if I were in his shoes.

I honestly don’t know what the future holds for Mike Boynton at OSU, but I’m fairly certain I’ll never forget the ending to this game.