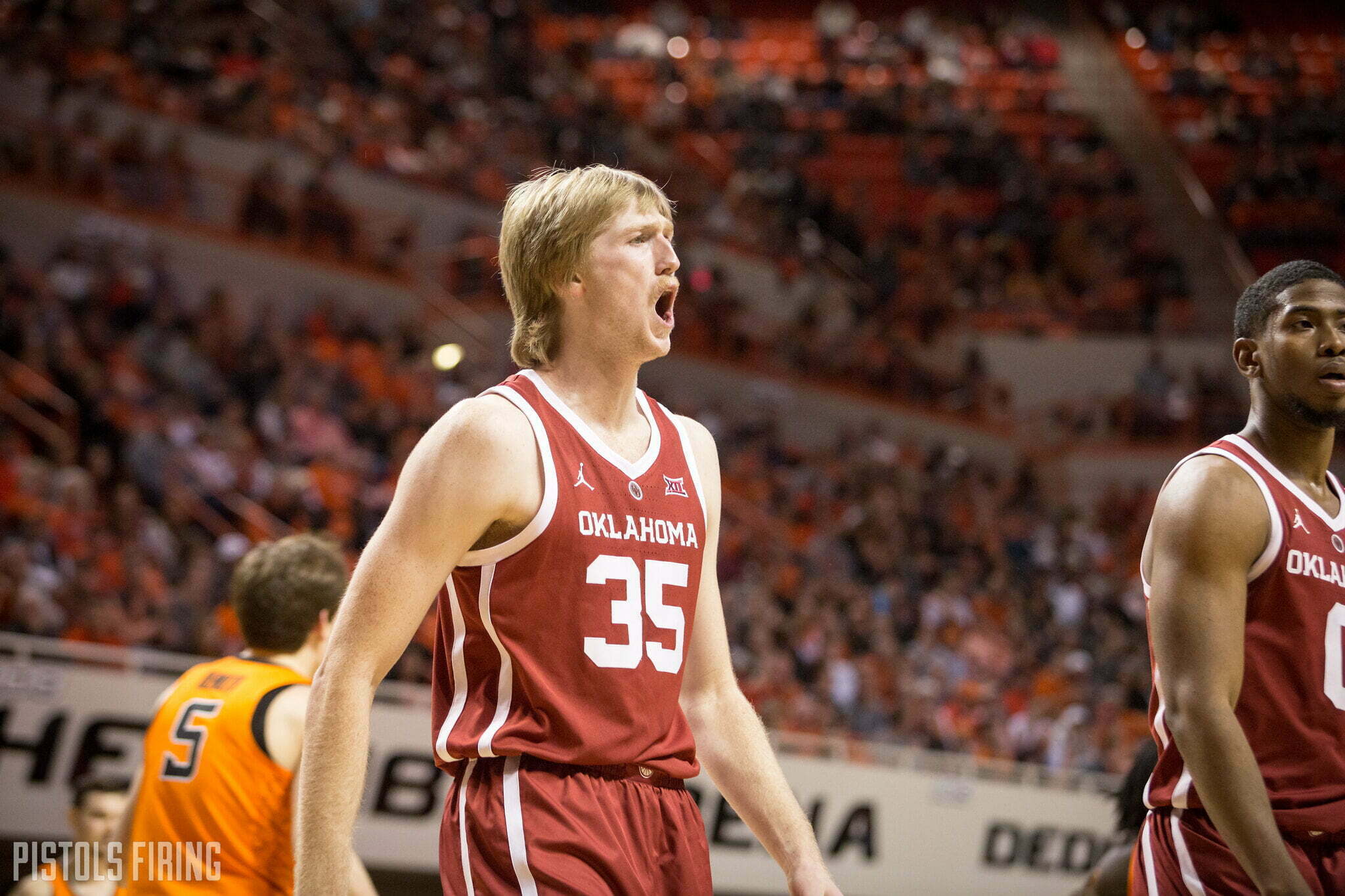 NORMAN — February is here, and the Cowboys are still in search of their first conference win.

Oklahoma State fell to Oklahoma 82-69 on Saturday in Lloyd Noble Center, as the Cowboys’ defense couldn’t put out the hot-shooting Sooners. Here are five thoughts from Big 12 loss No. 8 for the Pokes.

Entering Saturday, Brady Manek averaged 15 points a game in his five Bedlam outings. That number went up after Saturday.

Manek dropped 30 on the Pokes, 22 of which came in the first half. In that half, OU’s 6-foot-9 sharp shooter was 6-for-9 from 3. It got so bad the OSU put point guard Isaac Likekele on Manek, the tallest player in OU’s starting lineup.

Here is what Manek, a Harrah native, has done in Bedlam games to this point in his career:

He’s only a junior, so there could be more where that came from.

The Sooners shot 50 percent (!!!) from the field in Bedlam’s first round of 2020. That comes a game after they shot 35 percent against Kansas State.

Sadly for the Pokes, that isn’t the best a Big 12 team has shot against them this year. Texas Tech shot 55 percent Jan. 4 and Iowa State shot 51 percent Jan. 21. All of those were road games for OSU.

So, on average, Big 12 teams are shooting 9 percent better than OSU, and that’s just not going to do it.

“(Defensive communication) has been an issue for this team, particularly in the moments of adversity,” OSU coach Mike Boynton said. “Guys tend to go into their own shells instead of wrapping their arms around each other. We’ve done everything so far that we can. We’ll continue to search for new methods of creating that adversity in practice.”

There weren’t many for OSU.

Defensively the Pokes stunk. The Cowboys best defended Manek when Likekele was on him. Likekele finished with a game-high three steals.

Likekele finished with 10 points on 57 percent shooting. He also had a team-best six assists.

“We’re asking an awful lot of that young man, still coming back,” Boynton said. “He’s getting better and stronger and more confident, but to ask him to carry the load on both ends of the floor, which he’s capable of doing. The truth is we have to have more guys we can point to and say, ‘Hey, why don’t you take on this responsibility today.’ We’re not there yet.”

Seniors Cameron McGriff and Thomas Dziagwa had solid offensive outings, putting up 15 points each. That’s about it as far as orange Kool-Aid.

4. Anei Was There, He Just Couldn’t Finish

Yor Anei’s struggles have been well documented this season, and he had the opportunity to have a Brooklyn Anei game against the Sooners but he just couldn’t finish.

In his defense, he seemed to get hacked quite a bit down low, but couldn’t buy a call. He made a basket in the second half that got taken away because he elbowed Manek in the face in the process. Boynton didn’t like the call, but it was just that kind of day for Anei. He was right on the cusp, it just didn’t happen.

There was still a chance, albeit small, that the Cowboys could turn a few things around, get hot and make the tournament.

At the least, despite their 0-7 Big 12 record entering the day, you thought surely, OSU would win at least one game in league play this season.

After this thumping, it might be more likely that the Cowboys go winless in conference play than make the tournament. Entering the season, or after OSU’s 7-0 start, that thought would’ve been ridiculous, but here it is.

OSU has played every conference team apart from Kansas State, and the closest the Cowboys have come to winning a Big 12 game was their 7-point losses vs. Baylor and at Iowa State. Against the Big 12 this year OSU has lost 579-464.

Maybe OSU matches up well against Kansas State. The Wildcats were in ninth in the conference entering Saturday’s games. But K-State beat OU 61-53 on Wednesday, so that doesn’t necessarily look great for OSU. OSU and K-State won’t meet until Feb. 11, and it’ll be a road game for the Cowboys.

“I don’t get into morale,” Boynton said. “It’s really not important. They have a job to do. For the most part, the guys are here on scholarship to work hard, represent this university and then on gameday perform at the highest level they can. We’re obviously not doing that.”