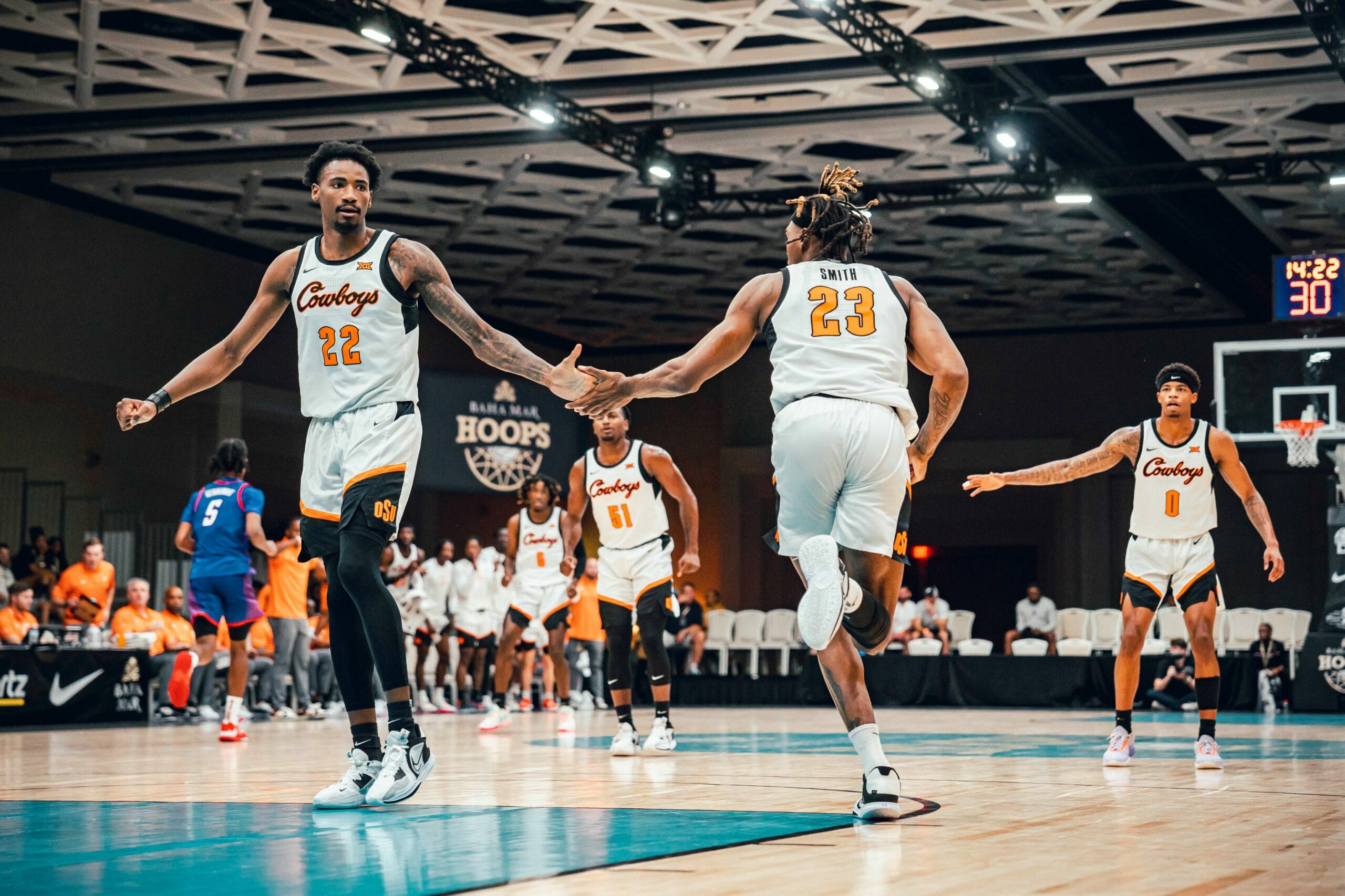 The Cowboys blew another big lead on Sunday, but the Pokes showed some resolve to fight back to a win in The Bahamas.

The Cowboys led this game by as many as 18 points before DePaul made a run and led by a point on a few occasions.

Blown leads have been somewhat of a trend early in OSU’s season. The Cowboys blew a 17-point lead against UCF on Friday and were up by 13 earlier in the year before falling to Southern Illinois.

The frustrating part about it is the Cowboys show how good they can be en route to these leads before showing how bad they can be when they begin to lose them.

It’s still early. Maybe some sort of consistency is coming. And maybe staying of sound mind Sunday was the first step in finding a way to be consistent.

“It was big [to find a way to win],” OSU coach Mike Boynton said. “I think it’s big this time of year, and I don’t want to be dismissive of anything, but this time of year, yes, the results matter, but it’s really about learning about yourself, learning who you are, learning who you can become, learning the things that may work or may not work from a lineup standpoint, from an offensive standpoint, from a defensive standpoint. That’s where we are.”

The Cowboys were in foul trouble pretty much the entire game.

Not only did that force Moussa Cisse (who was on a three-game double-double streak) to play only 17 minutes, it also allowed the Blue Demons to go to the foul line 33 times. DePaul ended up scoring 27 of its points from the foul line with former Sooner Umoja Gibson scoring 11 of his 17 points for free.

For comparison, Oklahoma State shot 28 free ones (making 21), but four of those shots came with DePaul needing to foul late to extend the game. This game lasted a long time.

Kalib Boone was one of those players in foul trouble, but despite fouling out (on a tough, tough call) in 24 minutes, Boone’s fingerprints all over this one.

He scored a team-high 17 points (7-for-11) to go with five rebounds, three assists and two steals. His scoring is impressive, but that has been a known asset. In this new role of sharing the floor with Cisse, Boone’s ability to facilitate out of the post has stood out.

In all of last season, Kalib Boone had 12 assists. Five games into this year, he has 11.

Boone is an absolute menace with his back to the basket. If you double, he finds the open man. If you single, he scores.

“Credit goes to our coaching staff, not me, but our assistant coaches who convinced me pretty late in the year to play two bigs together,” Boynton said. “And we saw a glimpse of it at the end of the season last year, just not a ton. But it gave us an idea that we could work on something this offseason.”

Things haven’t fully clicked for John-Michael Wright thus far in his new threads. There have been moments, like his 16-point outing against Oakland, but the consistency hasn’t always been there quite yet.

Sunday could end up being a confidence boost for him, though, as he shined down the stretch, scoring six of OSU’s final 12 points. He finished the game with 14 points, four rebounds and three assists.

“He has ability,” Boynton said. “He’s seen a lot of balls go in baskets in his college career. That counts for something for a young man, who having not played against this level competition on a consistent basis throughout his career, that it can translate.”

5. Smith Does Well with Boone, Cisse in Early Foul Trouble

Cisse played only seven minutes in the first half before picking up his second foul and sitting the remainder of the period. Boone got into some foul trouble shortly thereafter, clearing the runway for Tyreek Smith.

Entering Sunday, Smith hadn’t played more than 15 minutes in a game and had a season-highs of eight points and four rebounds. In nine first-half minutes, Smith had nine points, seven rebounds, a block and a steal. Smith finished with 11 points, a career-high.

“I really can’t overstate how important he was,” Boynton said. “Just his presence, we talked about having three quality bigs that can any given night give you the look that you need defensively and offensively, and his offensive rebounding in the first half and his ability to put the ball in the basket, he ate up some minutes that we needed him to eat up.”