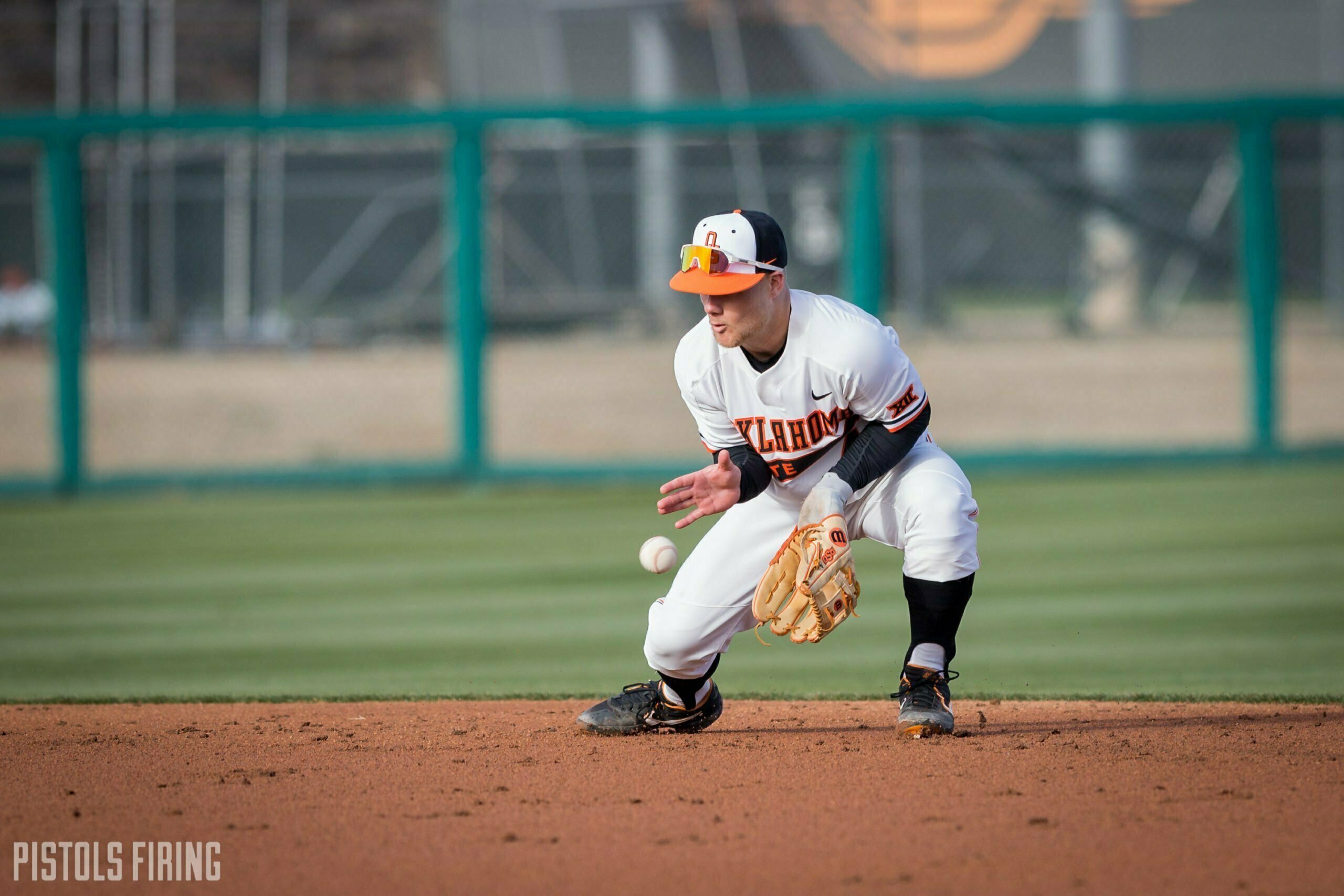 Oklahoma State beat UT-Rio Grande Valley 8-4 on Sunday in the final contest of the team’s three-game series. The Cowboys’ outscored the Vaqueros 36-13 in the past three days. Here are five thoughts on the win that moved OSU to 5-2 this season.

Hewitt went 8-for-12 this weekend with three hits Friday, three hits Saturday and two hits Sunday. Through his first 23 at-bats in his senior season, Hewitt has a nutty .609 batting average.

“It’s insane,” outfielder Caeden Trenkle said. “That kid is raking right now. I think he’s hitting like .600 right now. He’s leading the team. He’s the one that gets us going everywhere. He gives us that energy.”

Hewitt has a hit in six of the seven games he has played in this year and multiple hits in five of those games.

Out of Ontario, Canada, Hewitt played baseball, hockey and basketball at Eastview Secondary School. He played a year at the junior college level at Connors State before getting to Stillwater in 2018 as a sophomore.

“I don’t think it’s so much a start as much as this is just a continuation of what Max has been working toward for a long time,” OSU coach Josh Holliday said. “I think Max has always envisioned himself getting to a point to where he’d play good baseball. He’s been working at it since the day he got here to be honest with you. I think it’s the first time we’re seeing it now show up in the games. So yeah, to start the season, there’s no doubt, but Max’s commitment to working hard and learning about baseball has been something that’s been a part of him for a long time.”

Justin Campbell started on the mound Sunday after jacking a home run as the Cowboys’ designated hitter Friday.

I’m not a big baseball guy, but something tells me a 6-foot-7 pitcher/hitter would be a gem for at least 15 MLB teams.

He’s only a freshman and hasn’t had the greatest of results on the mound in his two outings so far. His ERA is a 9 thanks to a tough start against Grand Canyon last weekend, but Sunday, he threw five innings, allowing three runs while striking out six.

It also goes to show how much potential he does have that he cracked the Cowboys’ starting rotation straight out of high school.

“There’s no limits, that’s for sure,” Holliday said. “It’s exciting to see young players take steps forward. I think as he gets stronger and continues to understand his craft and physically build some more endurance, I think he’s got a chance to be really good.”

3. As Far as the Arms will Take Them

Seven games probably isn’t too justifiable of a sample size, but it looks as if the Cowboys have the bats to be good this season.

Pitching will be interesting, though, as the Pokes lost a lot from last year — enough where there are two freshmen in the starting rotation. Rob Walton is one of the best pitching coaches in the country, though, so after a rough start the the year last weekend, things will likely only get better as those young arms gain experience.

On the four-game Arizona road trip, freshman outfielder Caeden Trenkle was 3-for-18 at the play. In the three-game series this weekend, Trenkle was 7-for-10 with two home runs and two triples.

“I got contacts two days ago, right before the series started,” Trenkle said. “That really helped change things. I’m seeing the ball well and feeling really good about my swing.”

That’s both hilarious and amazing that this freshman was good enough to get 18 at-bats in Arizona without being able to see clearly.

“The joy in his face when he said, ‘I can see the ball spinning better now,’ that’s great,” Holliday said. “It makes you wish as a coach you’d been ahead of that for him a little bit sooner. Glad that he got to the eye doctor, and he feels like he’s seeing the ball a lot better. Hitting a baseball is hard, you want to be able to see it.”

5. Putting This Series into Context

This might seem as if OSU just beat down some unworthy foe, but the Vaqueros aren’t horrible.

After a rough season-opening series against Grand Canyon, this can build some confidence for the Pokes moving forward.