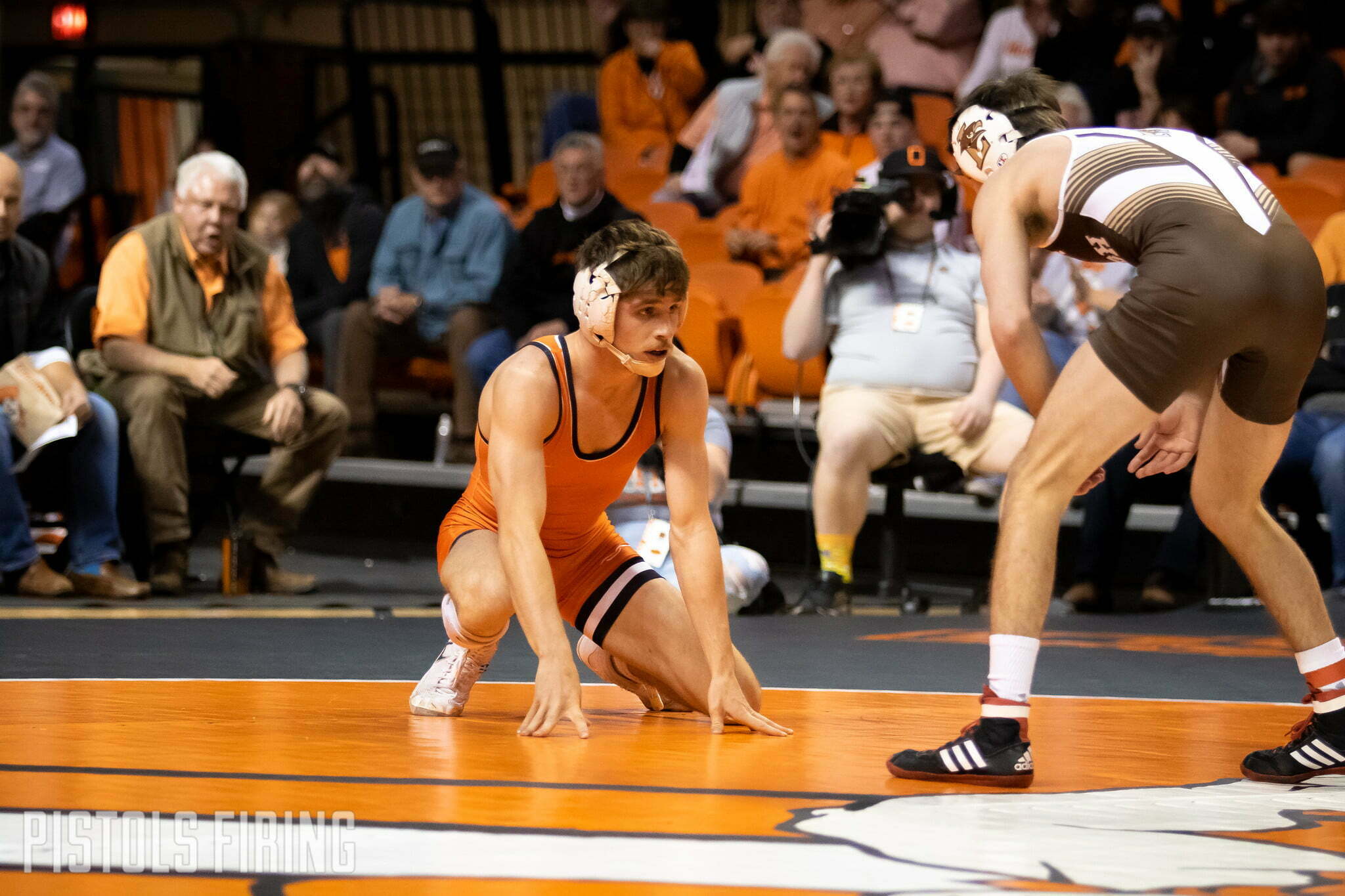 The Cowboys wrestled West Virginia and Northern Colorado on Friday and Sunday in Gallagher-Iba Arena. The Cowboys won both duals comfortably but there were a lot of things to discuss about the duals, so let’s dive in on five thoughts on the weekend.

We’ll start with the most obvious. The Cowboys were without NCAA qualifier and starter Trevor Mastrogiovanni at 125. True freshman Zach Blankenship started both duals and Mastro did not weigh in. John Smith was fairly tight-lipped on the situation saying it was not performance-based and that it was “health-based,” but not expanding much beyond that. Rumors have swirled that he may have left the program or just taken a temporary break. Whatever the situation is, it’s something to follow as the Cowboys move forward.

2. Zach Blankenship’s not quite physically there

Don’t take Zach’s first weekend of wrestling as a starter at face value. He’s been hurt most of the summer and that combined with the physical maturity it takes to wrestle at the collegiate level. He’ll get there, he’s just been thrust into a tough spot a little too early.

3. Things are about to get a lot tougher.

The Cowboys have only wrestled one Top 15 team this season in their loss to Minnesota. On their remaining schedule, they have five teams in the Top 15 with Iowa, Michigan, Iowa State, Missouri, and Northern Iowa along with one more in the Top 20 with South Dakota State. It will be really interesting to see how the Cowboys navigate the back half of the schedule.

4. OSU looked pretty solid against both WVU and Northern Colorado.

West Virginia was missing a few guys from their lineup but the Mountaineers are a good team. Northern Colorado is solid too. And OSU beat both comfortably. Again, they’re not into the toughest part of the schedule yet but think you could make a solid argument this is the best they wrestled top to bottom all season.

5. Doucet has done about as much as you can ask so far.

I wrote something on this recently, but Konner Doucet quietly has put together a resume that should qualify him for the NCAA tournament. As I wrote it, he had three upcoming matches where he was a slight favorite, and winning those became really important for Doucet as his individual schedule gets much tougher going into this upcoming stretch for the Cowboys.

He won all three. We’ll see how he navigates things moving forward but he’s done what he needs to so far to get a bid to the NCAA tournament. If he can manage this upcoming stretch reasonably well and maybe pull off an upset or two, he should be in a strong position going into the postseason.