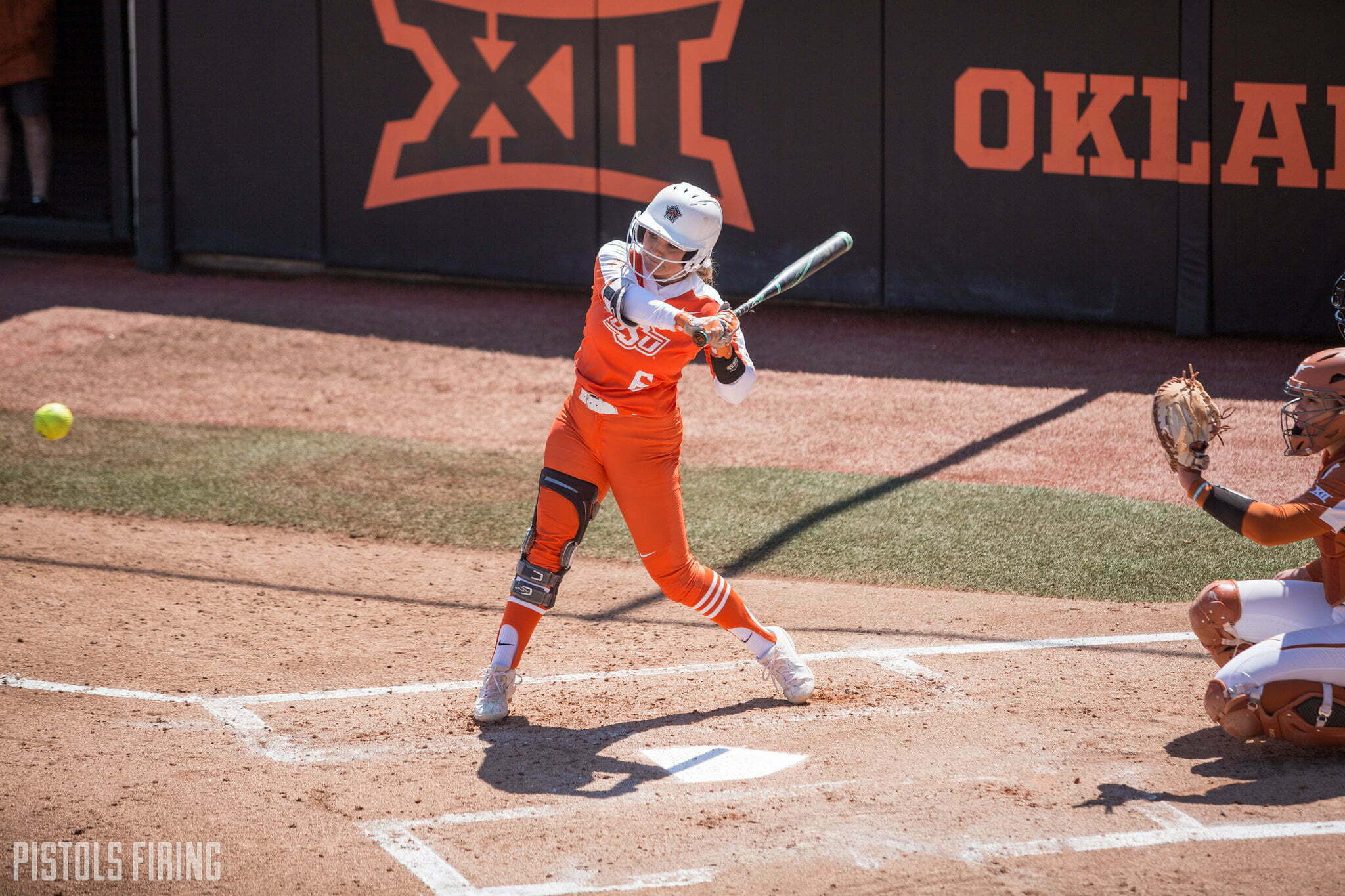 It’ll all come down to Saturday.

In another tight game, the Oklahoma State softball team fell to defending national champ Florida State 4-1 on Friday in Tallahassee. The Seminoles’ victory levels the Super Regional series at a game apiece, meaning whoever wins Saturday becomes one of the eight teams in the Women’s College World Series. Here are five thoughts from Friday’s game.

Before the third inning, Samantha Show had retired 24 straight Florida State batters dating to Thursday’s contest, but the Seminoles finally had a breakthrough.

Florida State scored all four of its runs that third inning. The frame started when Show hit Cassidy Davis with the first pitch she threw her. Zoe Casas then hit an infield single.

With runners on first and second, Rock Benavides fouled out before Show walked consecutive batters, bringing in the game’s first run. Then, Oklahoma native Sydney Sherrill hit a sacrifice fly to right field, and Elizabeth Mason followed that up with a two-RBI single.

Although I’m sure losing stinks regardless, the Cowgirls have only given up runs in two of the 16 innings they’ve played this weekend. That’s a promising sign for OSU heading into the seven most important innings of the season.

Samantha Show has thrown 171 pitches in the past two days.

Having started back-to-back days, it’s likely the Cowgirls’ ace will start again in Saturday’s decider. Show didn’t return to the circle after Friday’s fourth inning, and though it’s minimal, saving her arm could prove vital Saturday.

Through her 171 pitches in the Super Regional round, Show has thrown 12 innings, allowed five runs off seven hits, walked three batters and struck out 12.

Meghan King, Show’s counter part, threw eight innings Friday and another seven Saturday. Through King’s 206 pitches the past two days, she has allowed four runs off 10 hits while walking one and striking out 19.

Sam Show is undoubtedly the Cowgirls’ most proven pitching option, but Logan Simunek preformed well in relief against the defending national champs.

A junior, Simunek allowed no runs and only two hits in her four innings Friday. She also struck out three of the 15 batters she faced. If the Cowgirls need Simunek on Saturday or make it to the Women’s College World Series, it has to be nice to coach Kenny Gajewski to know he has more than one pitcher capable of playing against elite-level competition on the game’s highest stage.

4. Lynch Back on the Board

Before Saturday, senior Taylor Lynch hadn’t had a hit since April 24, that changed in the third inning.

Lynch, who is playing in her senior season despite having a torn ACL, advanced Sydney Pennington into scoring position with a single up the middle. Pennington went on to be the Cowgirls’ only run of the day.

All this season, Gajewski and the Cowgirls have gone into each game with the idea that it’s the most important game of the season. That’s as true as ever Saturday.

The Cowgirls and Seminoles will play their series decider at 11 a.m. Saturday with the winner advancing to the WCWS in Oklahoma City. OSU hasn’t played in the World Series since 2011, meaning this could be its first trip in the Gajewski era.