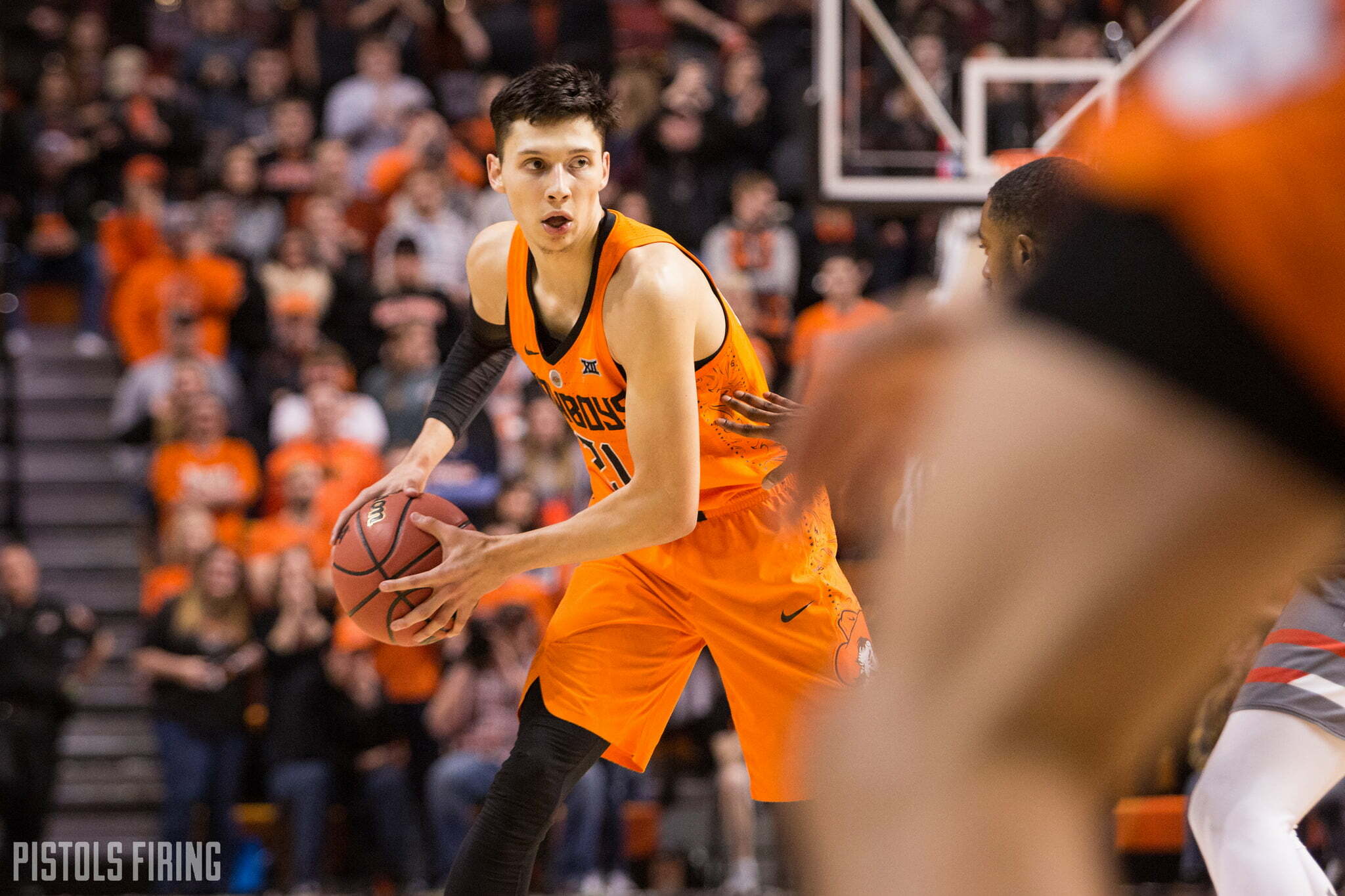 Rough nights have been the norm as of late for the Cowboys, and Sunday wasn’t any different.

Oklahoma State lost to Nebraska 79-56 in Sioux Falls, South Dakota. It was the largest loss in the Mike Boynton era, and it extended the Pokes’ losing streak to four games.

The Cornhuskers outscored OSU by 21 points in the second half, and Nebraska star James Palmer finished with a game-high 29 points, 14 of which came from the foul line. The game was competitive in the first half, and OSU led for a good portion of it. The Cowboys led by seven with 3:35 left in the first half, but it all went downhill from there. Here are five thoughts from the blowout at the Sanford Pentagon.

The Cowboys have one of their top five scorers from last season, and it’s starting to show.

When OSU needed a bucket last season, it went to Jeffrey Carroll or Kendall Smith, and this year, OSU has struggled to find those guys who can go score that needed bucket.

There have been times when it looked as if Cam McGriff might be one of those guys, or Lindy Waters or Mike Weathers, but no one has quite taken that role in stride as quickly as this tough schedule has demanded.

McGriff, Waters and Weathers could all be candidates, I think. It just hasn’t happened yet. Waters started Sunday’s game off hot, scoring 13 points in the first half on 5-for-6 shooting, but he didn’t score in the second half.

Weathers’ flashes of brilliance have shown throughout the early part of the season, but he has been a bit of a Jekyll and Hyde with his team-high 33 turnovers this year. He turned the ball over five times against Nebraska.

McGriff, too, has been dominant at points this season, but his points per game have been on a steady decline since OSU’s last win against LSU on Nov. 25. McGriff scored a season-low two points on 1-for-8 shooting against the Cornhuskers.

It’s probably an inevitable problem with this much turnover in a roster, but the reasoning doesn’t help OSU add anything to the win column.

The roster isn’t the only aspect of OSU basketball struggling with turnover right now.

The Cowboys gave up the ball 19 times Sunday night. Weathers and Dziagwa each had five turnovers, McGriff, Yor Anei, and Mike Cunningham each had two, and Curtis Jones and Isaac Likekele each had one.

There were a handful of times when an OSU guard would drive baseline, get under the bucket, jump and not have an option to throw to. So, instead of taking a traveling violation they would just chunk the ball into the waiting arms of Nebraska big man Isaiah Roby, who had a game-high four steals.

OSU went 8-for-15 from the line against Nebraska, and the Cornhuskers made that look even worse than it already was, making 21 of 23 foul shots. Five of the Cowboys’ seven misses came from underclassmen. McGriff missed the other two, the only two he shot.

The Cowboys shoot a ton of free throws in practice, so at some point you have to think they’ll start to fall.

Curtis Jones played 17 minutes in his first game in orange and black.

He finished the loss with two points, two rebounds and an assist. In his first game, Jones played more minutes than Thomas Dziagwa and Mike Cunningham, who went a combined 0-for-8 from the field. Dziagwa played 14 minutes while Cunningham played 13.

Here were Jones’ first points in an OSU uniform:

How about that for @ctj_curt first bucket as a Cowboy! ? #c2e #okstate pic.twitter.com/6nNpNhOP8t

Hey OSU fans, here’s a bright spot: Yor Anei scored a career-high 17 points to go with eight boards, an assists and another block.

Anei was 7-for-10 from the field and shot 75 percent from the foul line. In Anei’s worst games this season, he has struggled with foul trouble, but against Nebraska, Anei had only one foul at halftime and finished the game with two.

The #YorAneiBlockTracker2018 is up to 26 with this first-half stuff:

5. Some Games to Figure Stuff Out

The Cowboys have two games to work out kinks before Big 12 play, and luckily for OSU, those games are against lowly Central Arkansas and Texas A&M-Corpus Christi. Both games are also in Stillwater.

This nonconference schedule has been tough, and the Cowboys haven’t come out of it shining. The experience gained throughout this rough stretch will no doubt help the Pokes later in the season, but it could be good for the Cowboys to get out and gain some confidence before conference play.