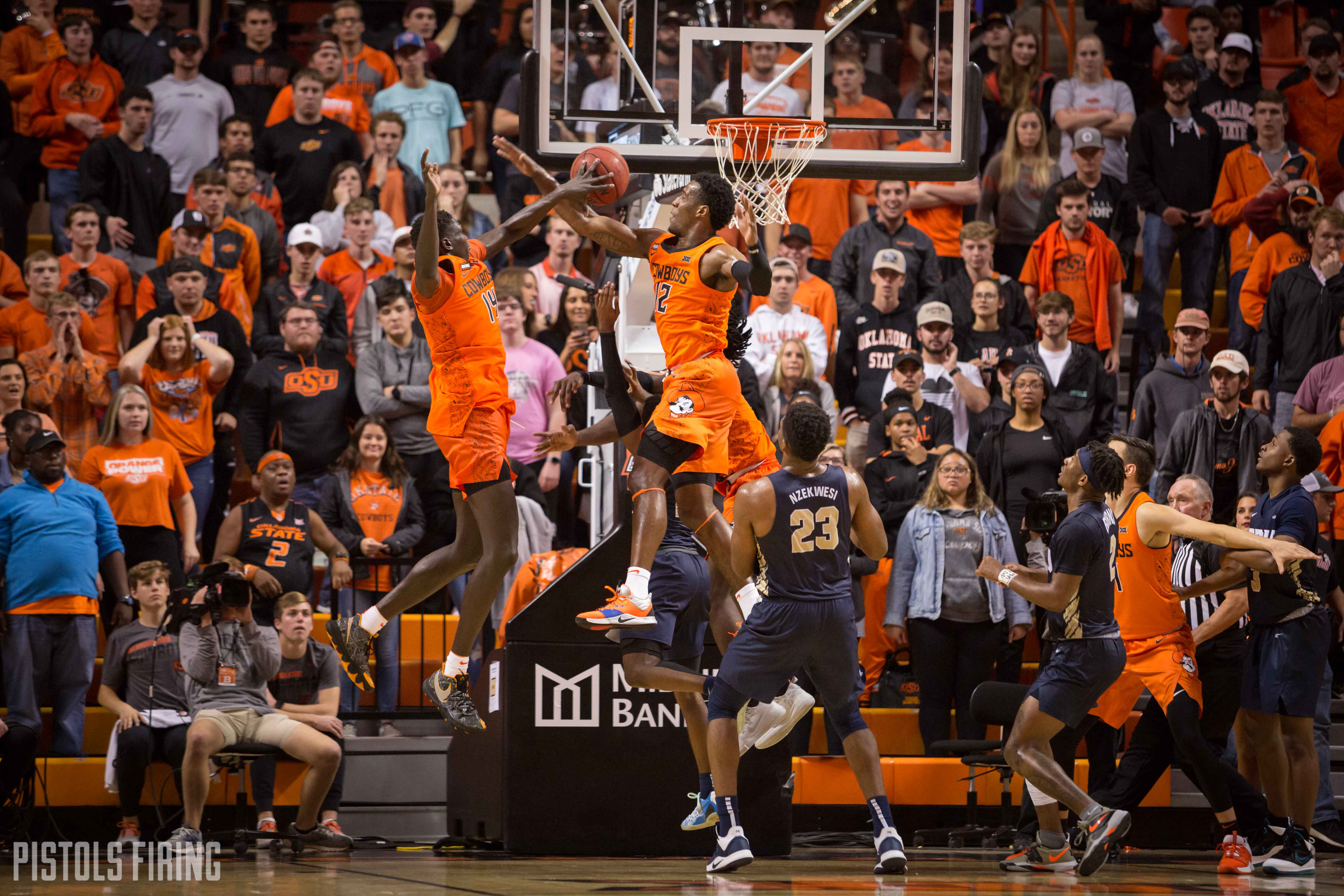 STILLWATER — What a wacky way to start the year.

The Oklahoma State basketball team beat Oral Roberts 80-75 on Wednesday night, as the Cowboys start the season 1-0. In the second half it seemed as if the clock was stopped more than it was running. We’ll get to that later. Here are five thoughts.

Since OSU was able to hold on and win, this was the most significant happening from Wednesday night.

Tactically or otherwise, five-star recruit Bryce Thompson arrived fashionably late to GIA, which forced him to walk the entire north baseline during a timeout to find his seat. The student section lost its collective mind. Students in the northwest corner of the arena made signs and painted dominoes on their bodies, claiming Thompson was the next to fall after Cade Cunningham’s commitment Tuesday night.

Thompson had fun with it, too. The game was ugly as can be, but Thompson stood up to pander to the crowd as the students chanted, “We want Bryce!” 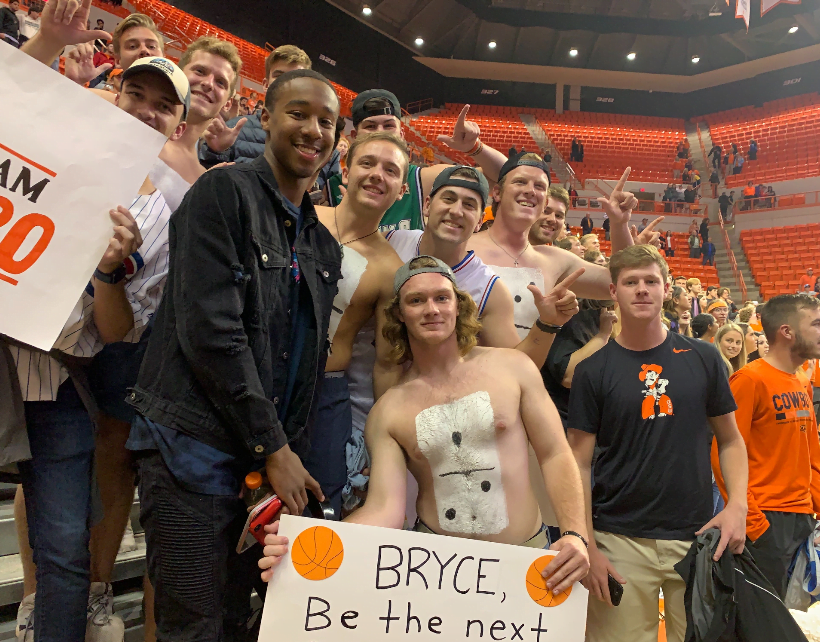 “It’s been three years for me, guys,” OSU coach Mike Boynton said postgame. “It’s good to see that it’s turning. We started this thing very, kinda, cautiously optimistic. There wasn’t a whole lot of high expectations that we could do anything positive here.

“The fanbase was very skeptical, to say the least, about the prospects about what this program will look like under our leadership. But to see after two and a half, going on three years of just putting our heads down and going to work, it certainly feels good to start seeing some of those things that you envisioned come to light.”

I’m not sure I’ve seen three officials have a bigger impact on a college basketball game. They weren’t favoring one side or the other, they just seemed to not favor fluid basketball.

A consequence of that was a rough offensive night for the Cowboys, as they shot 38.7 percent from the field. OSU has been at its best in Boynton’s tenure when the Pokes can get out and run in transition, but the constant stoppages caused for forced offensive set after forced offensive set.

“It kinda put the game at a funky pace,” Boynton said. “There were a lot of stoppages.”

The Cowboys still found a way to win, which isn’t an ideal statement for OSU when Oral Roberts is the opponent, but the Cowboys weren’t exactly playing Cowboy basketball.

OSU won the game from the free-throw line in the final minute, a good building block for the team moving forward. Cam McGriff’s statline was particularly impressive in the mess that was this game. McGriff didn’t make a single field goal, but he scored in double figures because he was 10-for-10 from the foul line.

Yor Anei had six stuffs in the second half and finished the first game of his sophomore season with eight.

He was only two blocks away from a triple-double thanks to his 13 points and 10 rebounds. Anei had two blocks in the final minute, as he swatted away the Golden Eagles’ upset bid.

“You just look at the stats,” ORU coach Paul Mills said when asked how you gameplan against Anei. “You see he’s Top 5 in the country, and you say, ‘Man.’ There really is no gameplanning for it.”

4. What is this Bench Thing?

In the first 10 minutes, Mike Boynton subbed in six players off his bench.

Last year Mike Boynton looked at his bench and saw only Curtis Jones and Duncan Demuth. He said it was important to get his guys in early so they stayed engaged, but it might have caused a few difficulties in terms of players getting into a rhythm.

In the second half, Boynton’s starters went longer in than in the first and built a 16-point lead with 16:56 left on the clock before the game turned into a outright foul fest.

As he did against Rogers State, Boynton tossed point guards Avery Anderson and Isaac Likekele on the floor together.

It gives an interesting look to opposing defenses with two ballhandlers on the floor. If OSU can land Bryce Thompson’s commitment, there is a chance next year that three ball-handlers start in Likekele, Thompson and Cunningham.

Likekele’s and Anderson’s games are different enough, though. Likekele is a big, 6-foot-4 point guard who plays an older style of game focused more on efficiency than anything else. Anderson is a shifty, smaller point guard. His elite quickness makes everything he does seem flashy.

Likekele said that lineup is still a little unusual for the two because in practice the two are always going against each other, being the only two point guards.

“At the same time, it’s kinda benefiting us because either one of us that get the ball, we can really push it and run the one,” Likekele said. ” It’s just to speed up the game. That’s the intention whenever they put both of us in there, to really speed up the game.”

The craziest lineup of the night came in the second half when it was:

It turns out this group was more on the floor by accident. Anderson was just being subbed off the floor when Likekele had to also go to the sideline after bumping knees with someone. Although it wasn’t necessarily intended, it gave an interesting look.

“But it also gives us more size and shooting throughout the lineup because neither Ice or Avery are great shooters,” Boynton said. “When you move Lindy there, now you’ve got somebody who teams definitely have to guard at the perimeter, a ballhandler.”