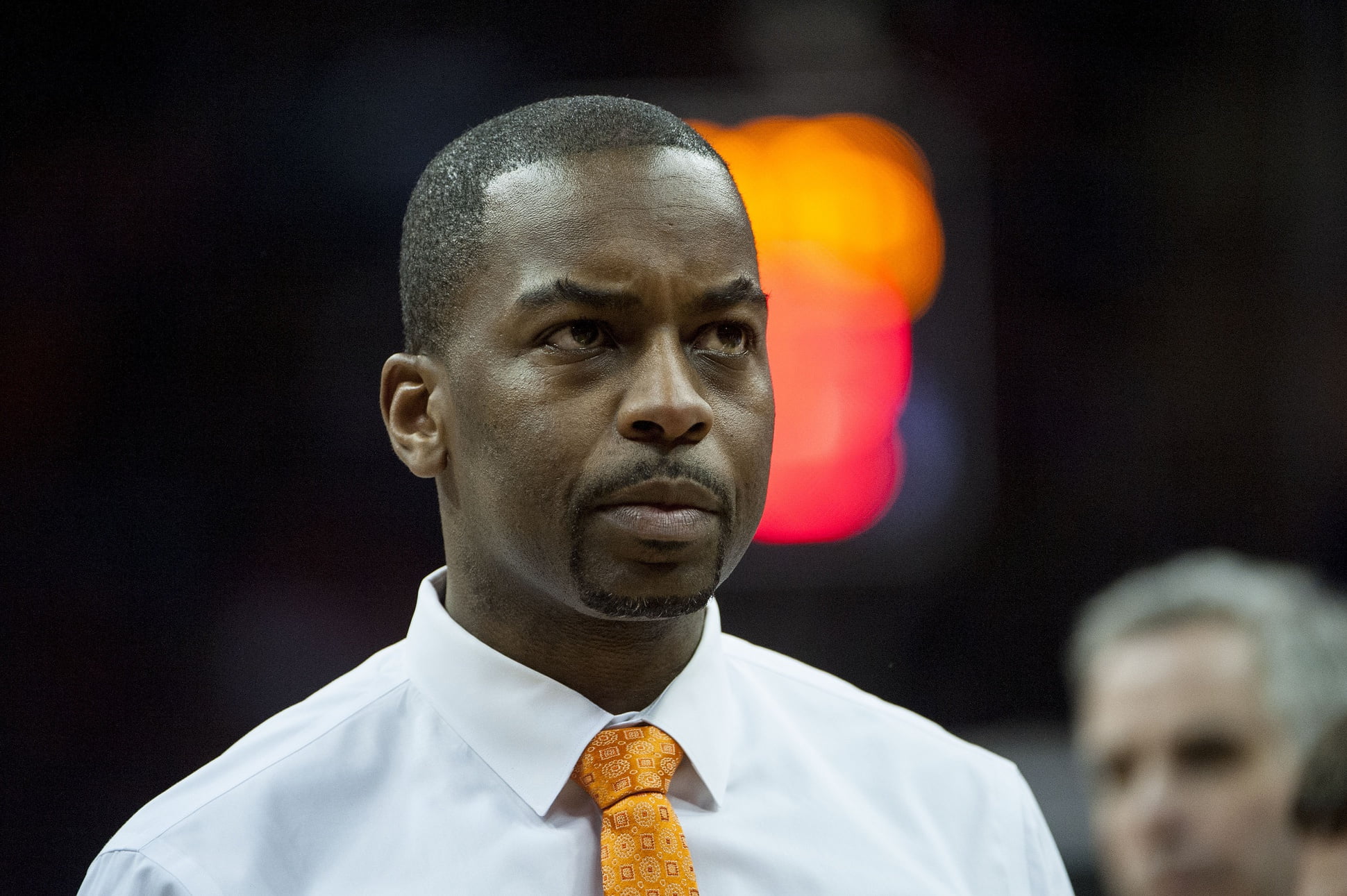 The Cowboys could not quite complete the comeback in Minneapolis falling 83-76 to the Minnesota Golden Gophers on a “neutral site” in an NFL stadium, and slid to 4-3 on the year.

Oklahoma State was led by Lindy Waters who scored 18 points on 12 shots and grabbed 8 rebounds, as well as a late-surging Michael Weathers with 17 points of his own. Four Cowboys scored in double digits.

After trading early runs, the Cowboys held the lead for most of the first half due to some stingy defense by freshman shot-block savant Yor Anei and some hot shooting by Waters. But a 7-0 run would put the Gophers up 27-25 with just under 6 minutes left in the opening half. OSU battled but Minnesota took a 45-38 lead into the half.

An early second half 3-point explosion pushed the Gophers out in front. Oklahoma State fell behind as much as 18 midway through the second half, but used a late 12-0 run to claw right back into it. Things got really interesting when the Cowboys pulled within 5 with two and a half minutes left, but OSU just couldn’t get enough stops to complete the rally.

I’ve got some thoughts on that game and OSU’s young season, here are five of them.

Mike Boynton’s squad missed its first four shots of the game, then made its next six. All in all, OSU went through four stretches of at least four straight misses and finished at 43 percent from the field. (All the missed layups in the first half ?). 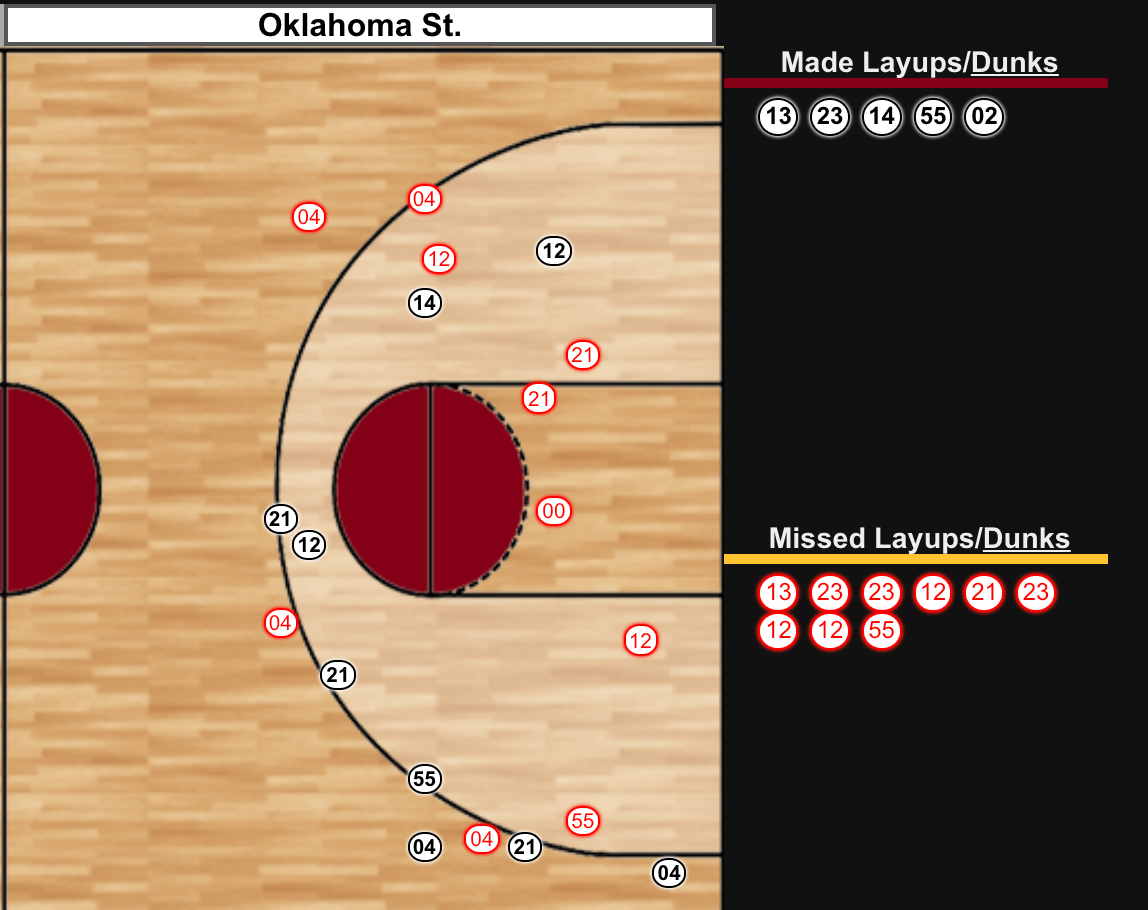 It’s going to be hard to recover from that against most teams, especially when you’re outside of the greater Payne Country area.

The whistle killed the Cowboys especially in the second half. Freshman Yor Anei has been OSU’s best front line defender so far this year and his ability to deny shots at the rim has been the biggest reason for that. It was on display on Friday night. He added four more blocks to his total of now 19 in seven games. (Page Marshall Scott for Anei’s on-pace historical swatting totals.)

But the frosh picked up his third and fourth fouls in the opening couple of minutes of the second half and headed to the bench. OSU was down 47-43. When Anei subbed back in roughly six minutes later, the score was 67-50.

OSU’s leading scorer Cam McGriff was also bit with the penalty bug. He was limited to just 10 points and 29 minutes after getting whistled for his fourth foul early in the second.

3. Foul Shooting Was Even Worse

OSU came into this game ranked 187th, making just 68.9 percent of its free throws. That number would have been welcomed by Mike Boynton. The Cowboys finish 9-of-17 from the charity stripe leaving 8 free points on the board. *Checks box score again* Yep, they lost by 7.

As Marshall Scott pointed out, Thomas Dziagwa, who came in shooting 59.5 percent from 3, said before the trip that the depth perception issues that come with playing in an open arena would not faze him. Unfortunately, something did. He started 0-for-3 and finished making just two of his seven shots, all from deep. He had no fewer than three air balls in the first half.

But the Cowboys shot 7-of-11 overall from beyond the arc in the first half, thanks in large part to Lindy Waters’ aforementioned hot hand, and finished the game at a cool 53 percent from 3.

5. Michael Weathers is Fun to Watch

Weathers’ 17 points was his highest scoring output in orange. Or, uh, turquoise. And he did it after starting off in a slump.

Weathers made his first layup after coming off the bench five minutes in, and then proceeded to miss six consecutive close-range shots. He went into halftime with as many turnovers as points (2).

Weathers almost singlehandedly completed the comeback scoring 13 of the Cowboys’ final 19 points, and it was plainly obvious that Boynton has no qualms about handing him the reins with the game on the line.

Bonus point: If Cam McGriff is gonna be able to do this on a consistent basis, I’m with Carson, I think he can be a pro. He was mostly hampered due to foul trouble on Friday but he’s been OSU’s best player so far this young season.

Up Next: The Cowboys head to Tulsa to take on the Golden Hurricane next Wednesday, December 5 at 8 p.m.