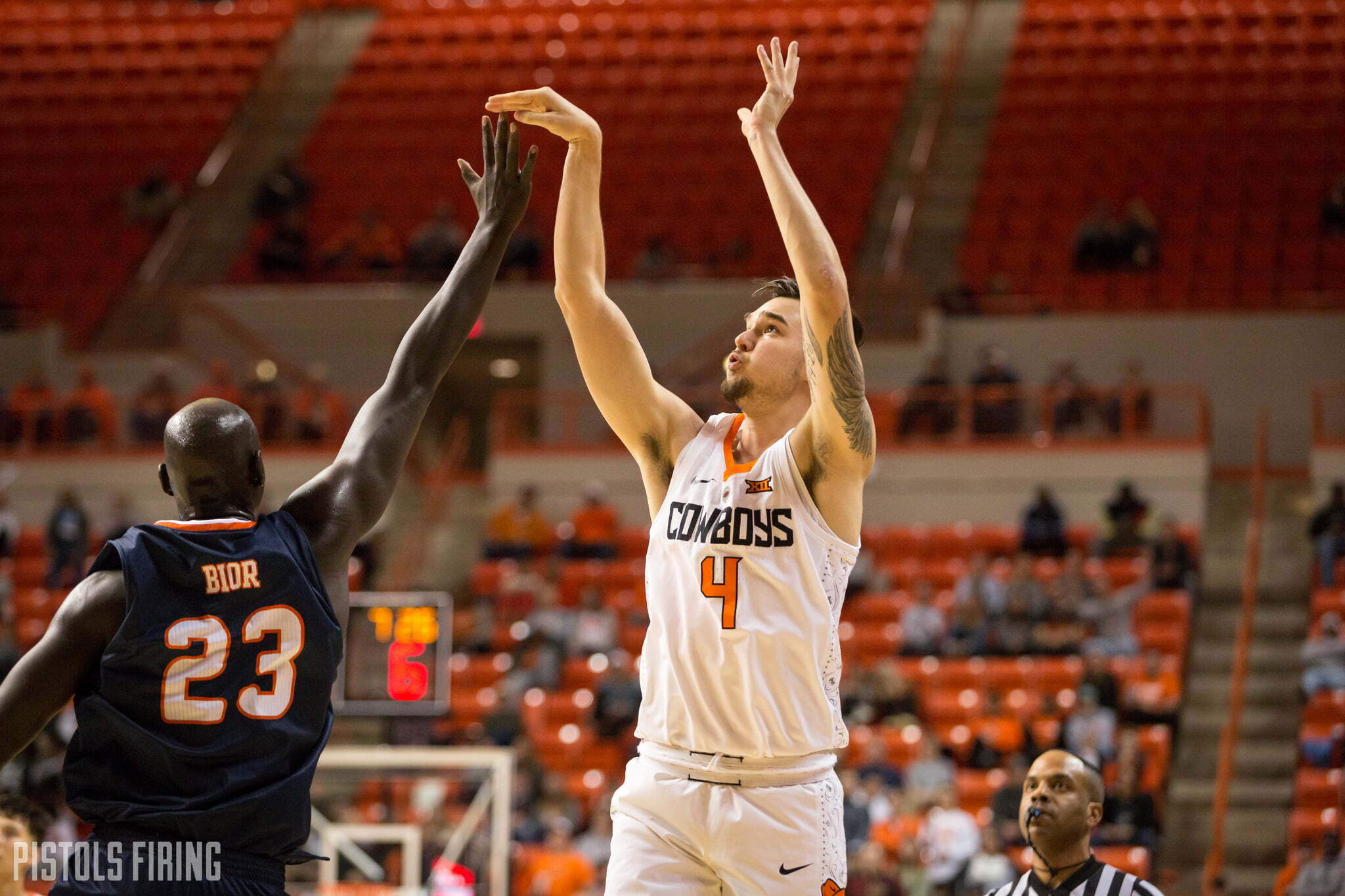 Oklahoma State and Minnesota will meet in U.S. Bank Stadium, home of the Minnesota Vikings, in Minneapolis. The game is one of four the stadium will hold this weekend as part of the U.S. Bank Stadium Basketball Classic. Here is a breakdown and a few storylines entering the Power Five matchup.

Aspirations as Big as the Stadium

Playing in a big arena like this can take its toll on shooters’ depth perception.

Thomas Dziagwa has hit 60 percent of his 3-point attempts this season. He noted the struggles playing in a more open space can cause, but the thought didn’t seem to faze him much.

“It’s 10 feet high, and it’s the same no matter where you go,” Dziagwa said. “The depth perception is there, but you just gotta remind yourself that it’s the same court wherever you go.”

U.S. Bank Stadium will host the Final Four this season. This is the 10th time in school history OSU will play a game in a football stadium, where the Cowboys are 3-6. It’s the first time the Cowboys has played in one since playing in the Final Four in 2004 in the Alamodome. OSU has also played in the Kingdome in Seattle in 1995, the Hoosier/RCA Dome in Indianapolis four times and the Carrier Dome in New York three times. To OSU coach Mike Boynton, there is a purpose for playing in the venue.

“Nothing is by accident,” Boynton said. “I want these guys to embrace those type of environments. Our goal is to win a national championship. I’m not afraid to say that, so you play in a place like that when you do that. We’ll see. We’ll go up there and see if we can still make some shots in a dome, and if we can’t we’ll figure it out for the next time we’re there. Hopefully it’s in the Final Four.

While his teammates spent a day at Disney World, Mike Cunningham stayed at the hotel.

The Cowboys were between games Saturday in Orlando where the guys had fast passes and three hours to get in as much fun as possible at an iconic theme park, but Cunningham, who missed OSU’s first three games with a hamstring injury, wanted to rest up. Cunningham, OSU’s only senior, said his favorite off-court part of the Orlando trip was the hot tub at the hotel.

“There’s a different sense of urgency probably with him,” Boynton said. “For a lot of these guys, there’s 100 more games. Every game he plays is closer to the end in terms of his college experience. He probably takes it with a little more seriousness.”

In his first three games as a Cowboy, Cunningham is averaging 10 points a game and is shooting 50 percent from 3-point range. He said it was hard sitting out the opening games of his final season of eligibility, but he knew it was better to get it fully healed rather than risking re-injury.

In Cunningham’s three seasons at USC-Upstate, the Spartans were 34-63. Although Cunningham scored 1,227 points and had 281 assists as a Spartan, he said he is after more than individual glory at OSU.

“I want to make it to the NCAA Tournament and make as far a run as we can,” Cunningham said. “Win the Big 12 and just win as many games as we can with my teammates in my last season.”

Boynton on the youth of his team: “I’ve got so many new guys that don’t know anything. I’ll have to remind them that it’s cold in Minnesota. We went to Florida last week, it was 80 degrees. Duncan and Thomas were in heaven at home, and (Thursday) we’ll have to make sure we have hats and gloves and scarves because they’re like toddlers sometimes.”

OSU and Minnesota are 3-3 against each other. The teams first met in 1931 where Minnesota won 40-27 (must have been thrilling).

The Cowboys have won the previous two meetings against the Golden Gophers, most recently winning 62-60 on Dec. 12, 2015, in Sioux Falls, South Dakota. Jeffrey Carroll played 38 minutes that night and scored a team-high 12 points. Jawun Evans added 8 points and had eight assists.