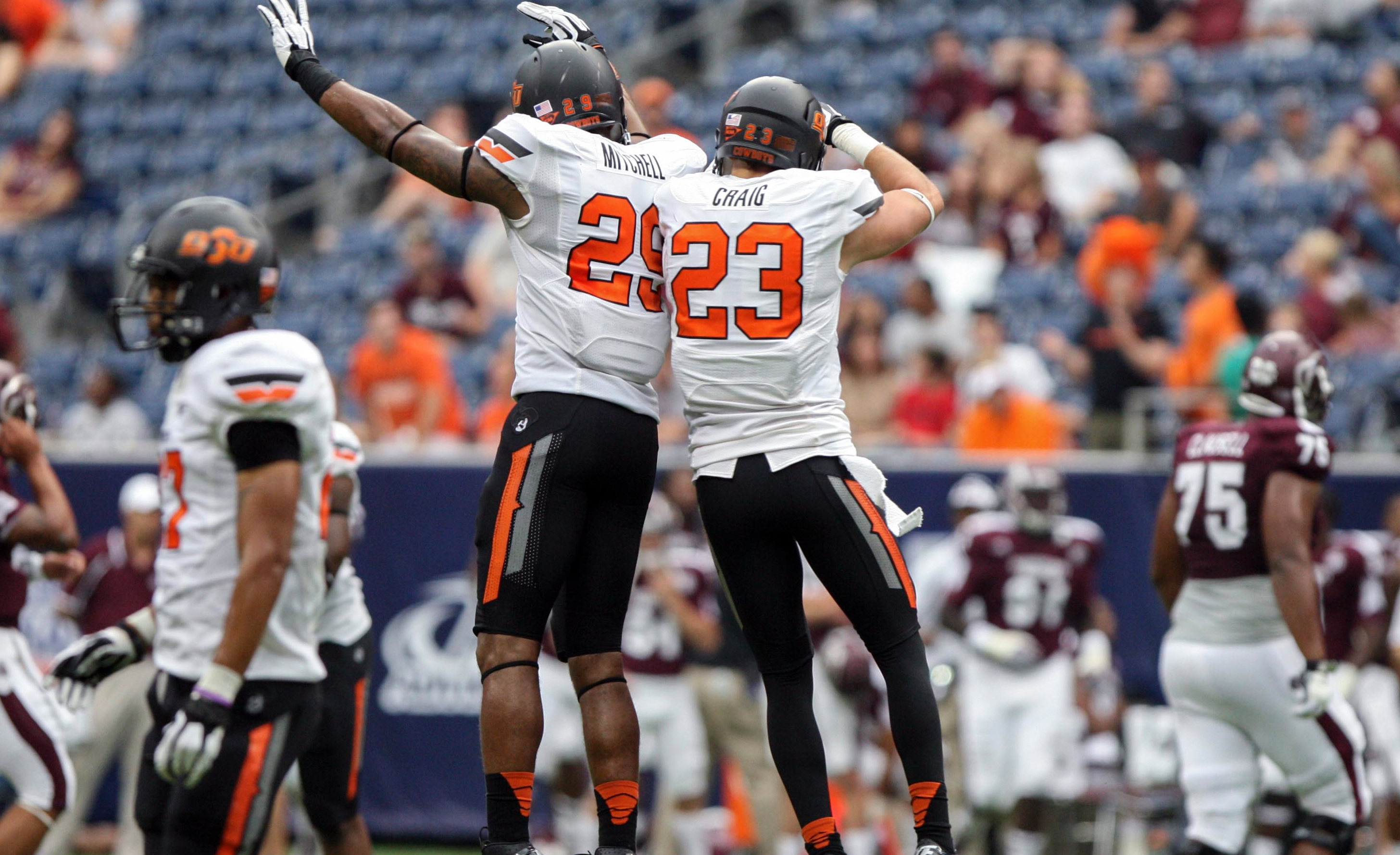 As I sifted through all 23 of the uniform combinations Oklahoma State has worn over the past two years, of course a few came to mind that they haven’t worn yet (but should).

It’s a little strange that we haven’t seen anything new yet — all three combos this year have been worn before — but I expect that to change soon. And without further ado, here are five combos I’d love to see (with some help from the uni combo creator).

1. White (alt.)-Orange-Black — This has all-time potential. The alternate white helmet is arguably the best helmet (I’ll listen to carbon fiber and black arguments as well, but nothing else) and the Black-Orange-Black combo is already one of the greats. I’d die if OSU wore these for Bedlam this year. 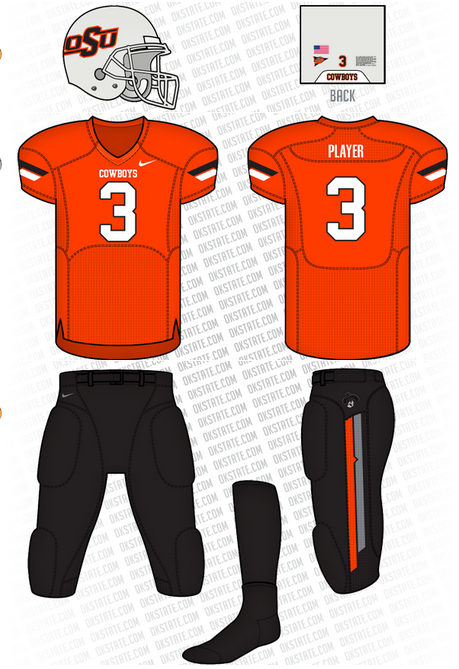 2. Black-Black-White — Y’all know I’m a sucker for the helmet and jersey being the same color (five of my top 10 were of that ilk) and I think the B-B-W combo would be pretty slick. It would be like the B-B-O against KU a few years ago but a tad more subtle. 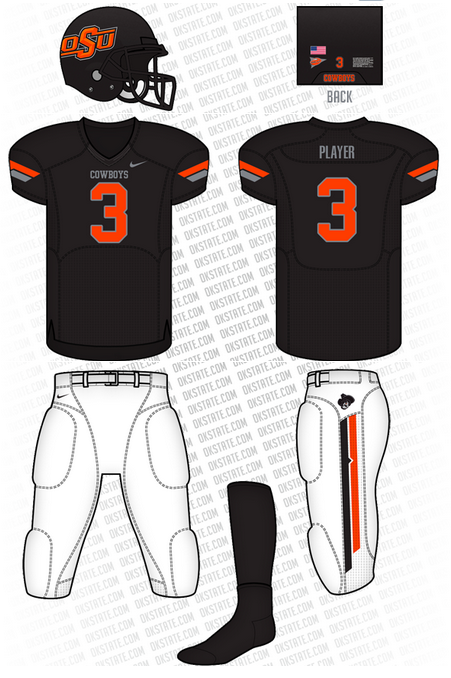 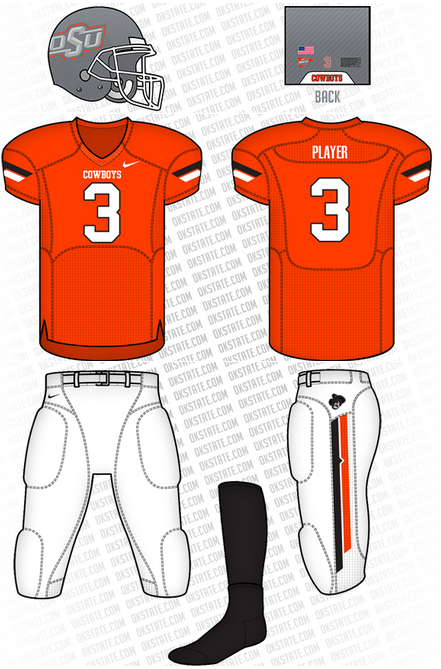 4. Orange-Black-White — The orange helmet is definitely growing on me and I think this would be a good spot for it. These would look kind of Browns-y (maybe a tribute to Weeden and Cooper?) — I think OSU should bust them out for the Kansas State game in two weeks. 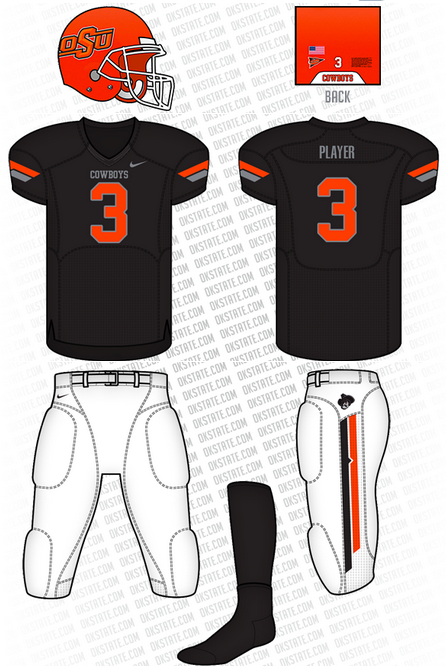 5. Orange-Orange-Gray — The combo that grew the most on me throughout the ranking was Orange-Orange-White. If I did the rankings over again I might find a way to sneak it inside the top 10. I like the gray pants (a lot) and I’d be interested to see how the Orange-Orange helmet-jersey duo went with them. Well, I bet. 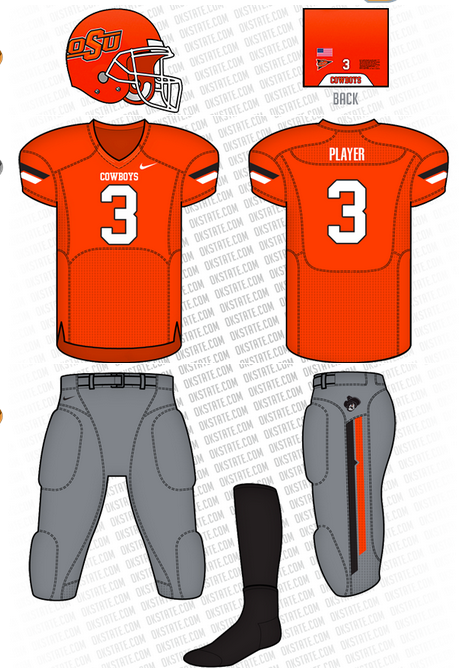 I realized after I did this that all five of these are home uniforms. I actually originally had White (alt.)-White-Orange in the mix but that isn’t a lot different from what OSU used to wear all the time on the road during the Zac era. It would be better because of the alternate helmet, but it wasn’t that much different. 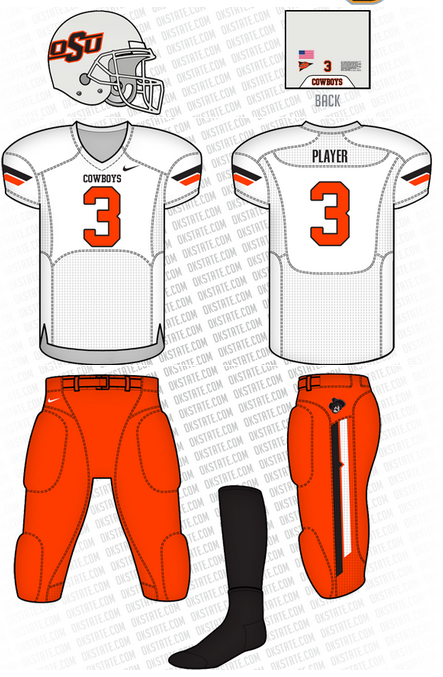 I feel like the road unis have been really strong so far, though (four of my top five were of the road variety). But if you want one for the road, that would be my pick.

What do you guys want to see?