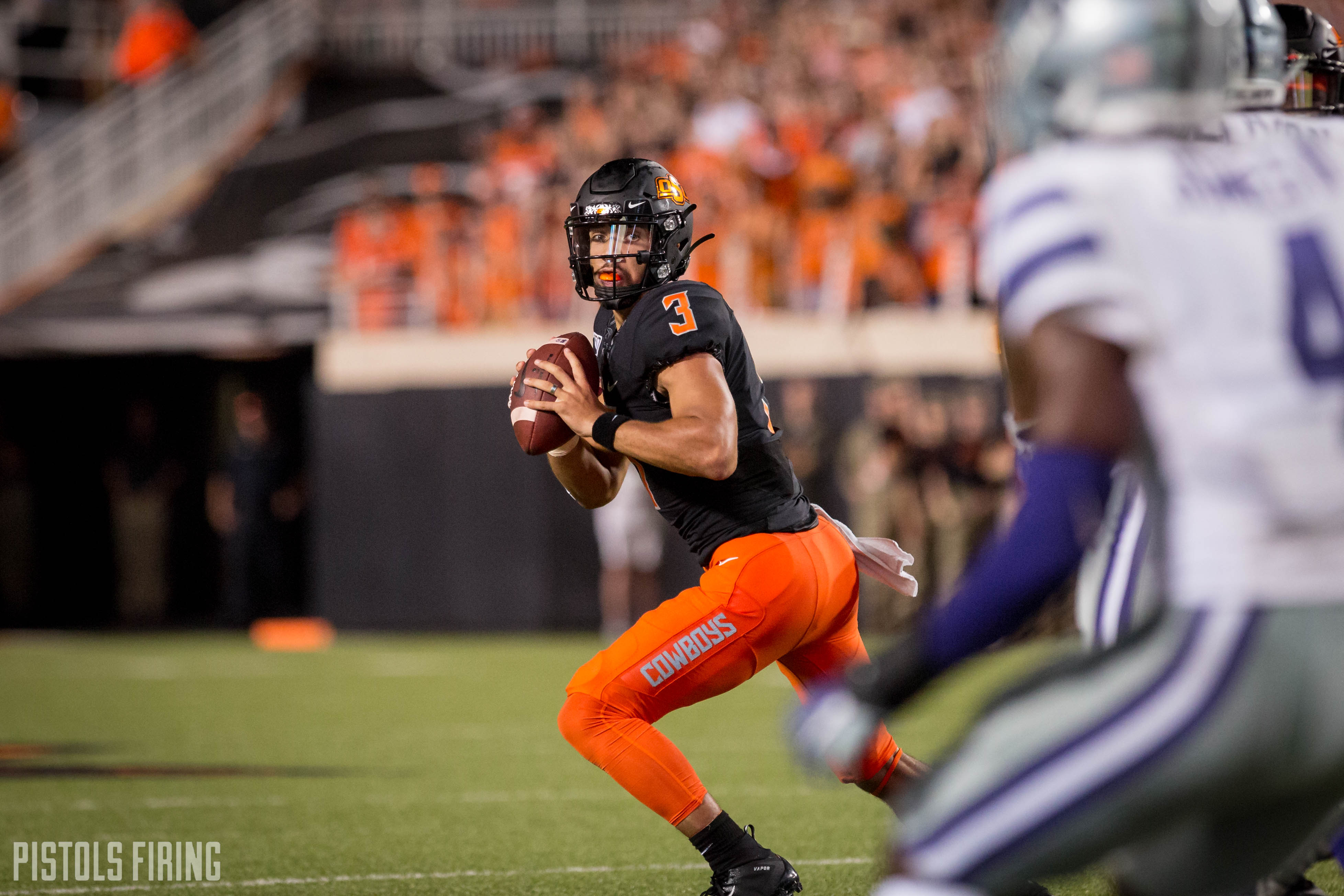 We’ve reached that point in the regular season. The point where we’ve begun to wonder just how in the world OSU has managed to all but squander its chances at a conference crown … again. With a 1-2 start in league play, a revival to relevance within the league seems farfetched.

But the season isn’t done yet! There’s still plenty of opportunities for OSU to turn this thing around. A bounceback is definitely in play, especially with four home games on the docket (and a free space we call Kansas).

Here are five ways, outside of playing Kansas, OSU can swing its season back to the green.

Fresh off a five-turnover game in Lubbock, I get this sentiment may fall on deaf ears. But say it with me: F-R-E-E-S-P-E-N-C-E-R. Let him chuck it downfield. Draw up more designed runs for him to make plays with his legs. Let him audible at the line of scrimmage. Based on what we’ve seen this season, Gundy’s going to stick with him through thick and thin. Might as well let him gain all the reps he needs to throw it downfield, to take chances. Even if the results aren’t stellar, it might just be the most worthy investment in the program’s long-term viability down the line.

OSU’s defense ranks 82nd nationally in 3rd-down defense, allowing teams to convert on 39.2 percent of their attempts. That is not good. The only Big 12 teams worse in that department are Kansas, Iowa State, Baylor and West Virginia. (At least OSU has yet to face those four.)

Bill Young’s defense created turnovers. So did Glenn Spencer’s. Is it simply a byproduct of bad luck, bad scheme or a combination of both that Jim Knowles’ defense just … doesn’t? I don’t know. But what I do know is that there are only 21 teams in college football who have caused fewer interceptions this season, and 55 teams who have recovered fewer fumbles. If there was such a stat as a havoc-wreaked rate, OSU would be ranked near the bottom.

OK, so this feels like one of those tips you’d get in a How to become a successful college coach for Dummies book. But the point stands: if you’re OSU and you want to go bowling, you have to win against the teams you’re expected to beat. That means coming out and smacking a sub-par Iowa State team, not letting Kansas hang around, taking care of the Mountaineers in their house, and so on. That’s what Mike Gundy-coached teams did for years and years. After a trend in the wrong direction of late, it’s time to refocus and re-prioritize not playing down to the level of competition.

Only nine other running backs in the country are averaging more yards per carry than Chuba Hubbard. And Hubbard is the only player among those — and among the rest of the country — to have already reached the 1,000-yard rushing mark. It’s simple advice, but it’s relevant nonetheless: FEED THE MAN.

With a banged up offensive line now having the benefit of a bye week, and with an inexperienced quarterback coming off a career-worst performance, I’d expect we’ll see plenty of this to come this weekend and beyond.