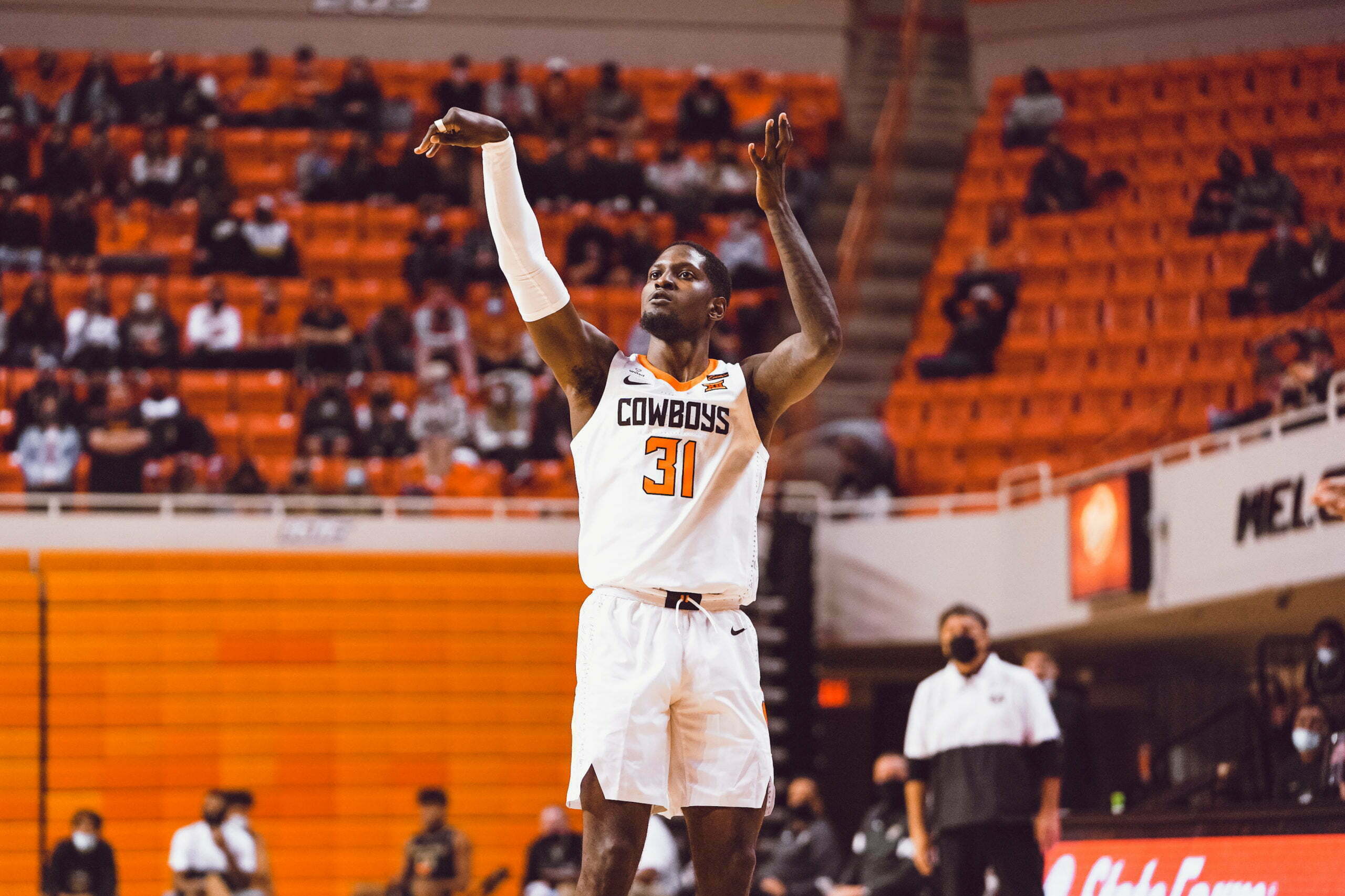 A last-minute collapse on Wednesday made the Cowboys 0-2 against TCU this season, but their graduate transfer sharpshooter looked good in his return.

Oklahoma State fell to the Horned Frogs 81-78 on Wednesday night in Fort Worth, but Ferron Flavors returned after having not played since Jan. 4 because of a finger injury on his shooting hand. Flavors played only eight minutes, but he went 2-for-3 from 3-point range and finished with six points.

The Cowboys were down 66-64 with less than five minutes to play when Flavors hit his second 3 of the night. It was from a few feet behind the 3-point line.

The 67% from 3 Flavors against TCU was his best percentage in a game this season, as he had struggled to find his stroke before his hiatus. He entered Wednesday hitting just 25% of his 3-point attempts.

“He’s been with us,” Rondel Walker said. “He’s been the loudest on the bench every game, so it was great energy for him coming back in. He actually contributed tonight so that was big for us.”

If Flavors can find his form, it could be big for the Cowboys down the stretch, a team that ranks sixth in the Big 12 in 3-point percentage at 34%.

Flavors hitting shots not only helps adds his personal contributions to the Pokes repertoire, it should also allow lanes for the slashing Cowboys to get to the basket.

“Another weapon for us, another guy that can make baskets, can kind of stretch the floor, space the floor especially for some of our penetrating guys, for [Matthew-Alexander Moncrieffe], for Bryce [Williams], for Cade [Cunningham], for [Isaac Likekele],” OSU coach Mike Boynton said. “It was great to have him back. I’m glad he played with some confidence out there and made a couple shots. It was good to have him back, and we look forward to building on it.”